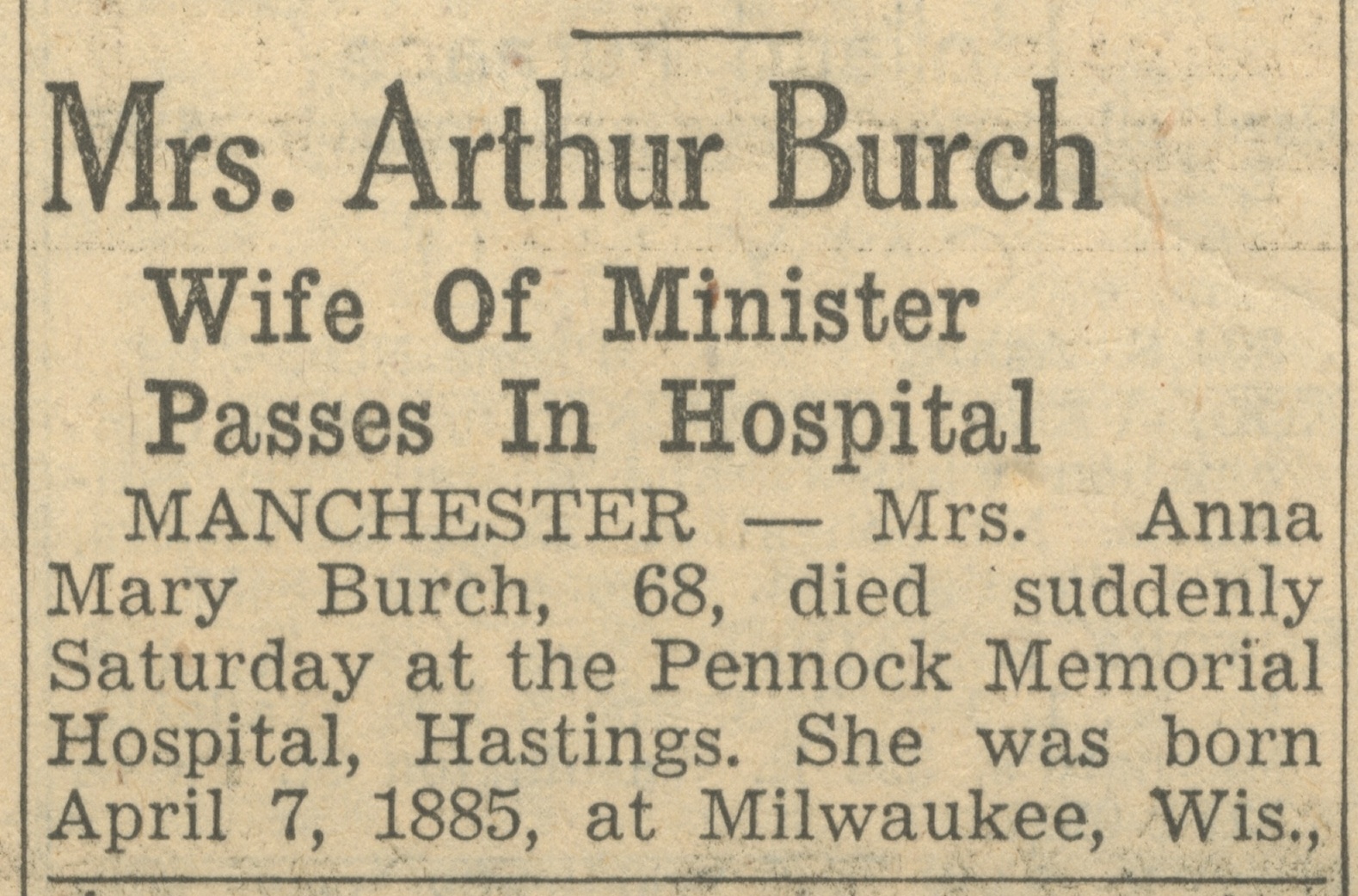 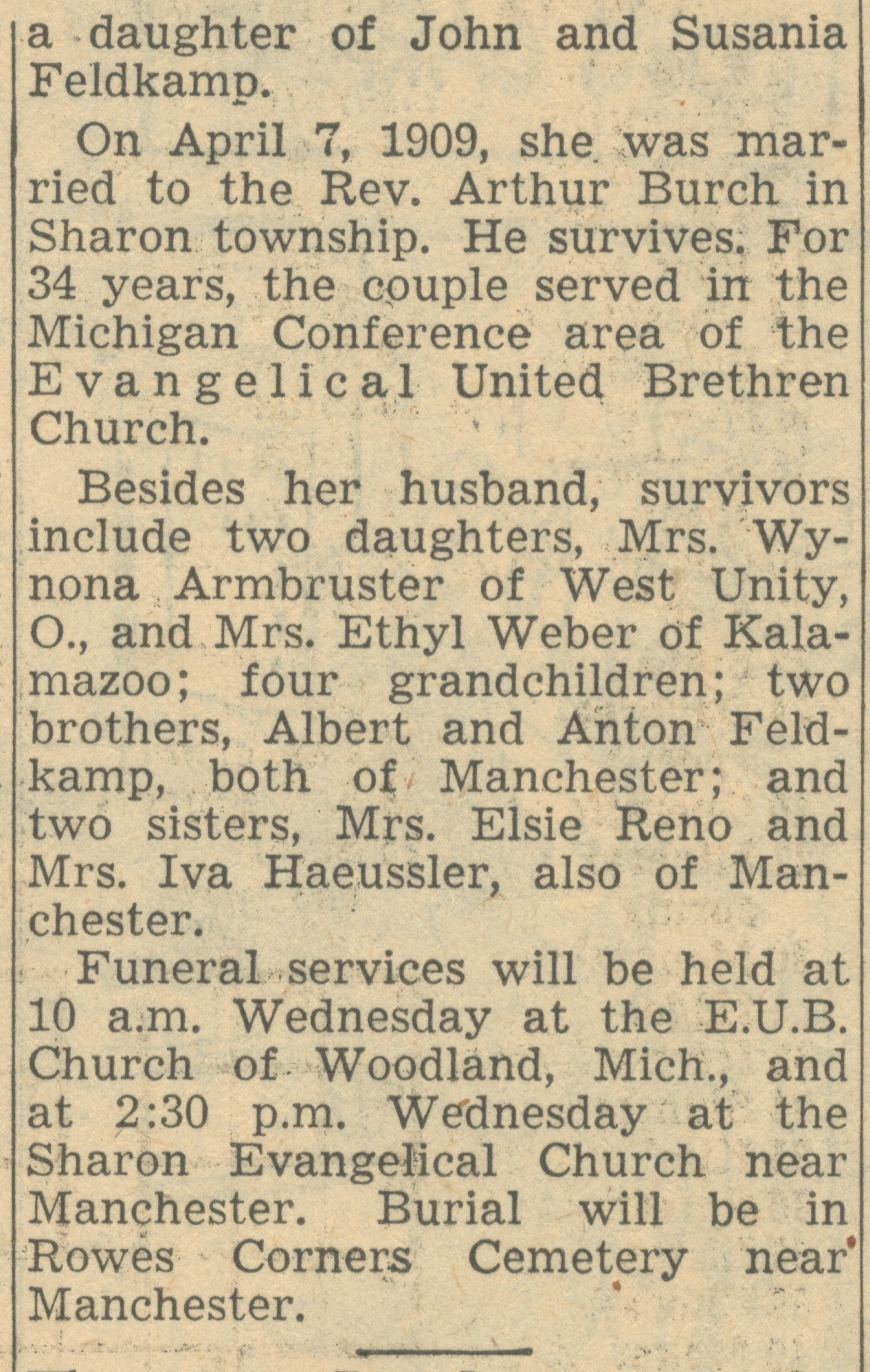 Wife Of Minister Passes In Hospital

On April 7, 1909, she was married to the Rev. Arthur Burch in Sharon township. He survives. For 34 years, the couple served in the Michigan Conference area of the Evangelical United Brethren Church.