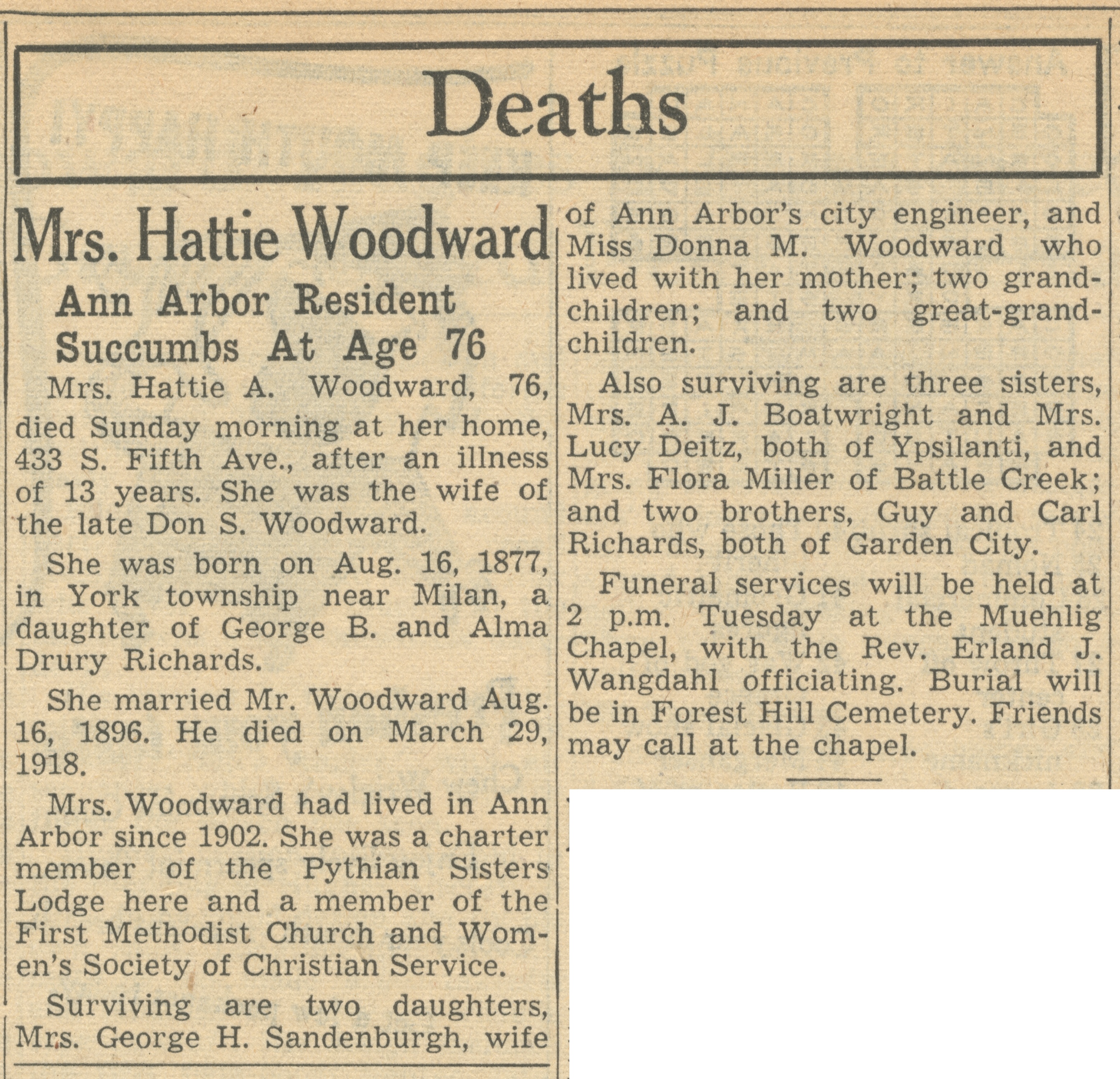 Mrs. Hattie A. Woodward, 76, died Sunday morning at her home, 433 S. Fifth Ave., after an illness of 13 years. She was the wife of the late Don S. Woodward.
She was born on Aug. 16, 1877, in York township near Milan, a daughter of George B. and Alma Drury Richards.
She married Mr. Woodward Aug. 16, 1896. He died on March 29, 1918.
Mrs. Woodward had lived in Ann Arbor since 1902. She was a charter member of the Pythian Sisters Lodge here and a member of the First Methodist Church and Women's Society of Christian Service.
Surviving are two daughters, Mrs. George H. Sandenburgh, wife of Ann Arbor's city engineer, and Miss Donna M. Woodward who lived with her mother; two grandchildren; and two great-grandchildren.
Also surviving are three sisters, Mrs. A. J. Boatwright and Mrs. Lucy Deitz, both of Ypsilanti, and Mrs. Flora Miller of Battle Creek; and two brothers, Guy and Carl Richards, both of Garden City.
Funeral services will be held at 2 p.m. Tuesday at the Muehlig Chapel, with the Rev. Erland J. Wangdahl officiating. Burial will be in Forest Hill Cemetery. Friends may call at the chapel.