Decision Likely This Week On Suspended 'U' Teachers 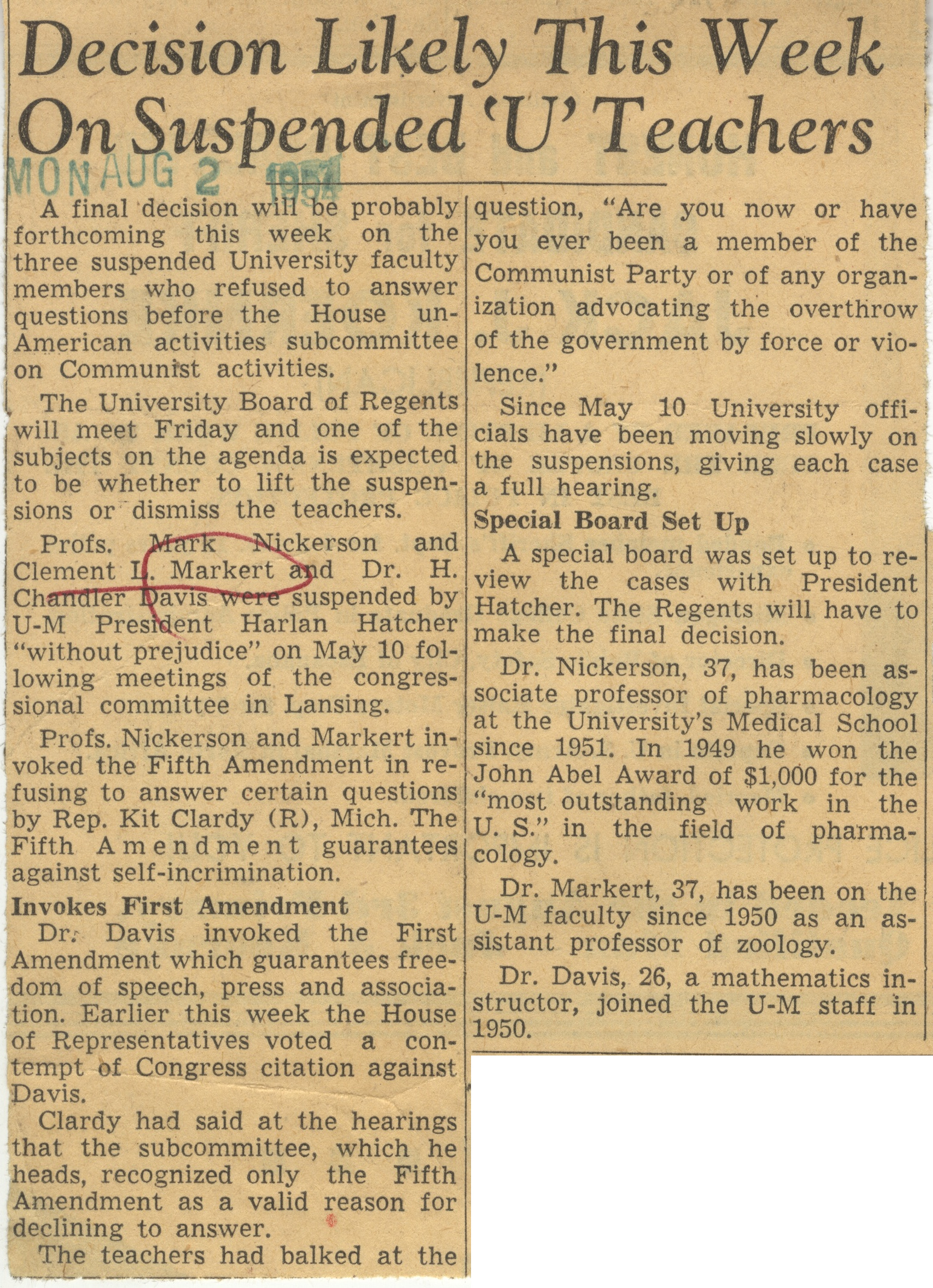 ﻿Decision Likely This Week On Suspended 'U' Teachers

A final decision will be probably forthcoming this week on the three suspended University faculty members who refused to answer questions before the House un-American activities subcommittee on Communist activities.

The University Board of Regents will meet Friday and one of the subjects on the agenda is expected to be whether to lift the suspensions or dismiss the teachers.

Profs. Mark Nickerson and Clement L. Markert and Dr. H. Chandler Davis were suspended by U-M President Harlan Hatcher "without prejudice" on May 10 following meetings of the congressional committee in Lansing.

Dr. Davis invoked the First Amendment which guarantees freedom of speech, press, and association. Earlier this week the House of Representatives voted a contempt of Congress citation against Davis.

Clardy had said at the hearings that the subcommittee, which he heads, recognized only the Fifth Amendment as a valid reason for declining to answer.

The teachers had balked at the

question, "Are you now or have you ever been a member of the Communist Party or of any organization advocating the overthrow of the government by force or violence.”

Since May 10 University officials have been moving slowly on the suspensions, giving each case a full hearing.

Special Board Set Up

A special board was set up to review the cases with President Hatcher. The Regents will have to make the final decision.

Dr. Nickerson, 37, has been associate professor of pharmacology at the University's Medical School since 1951. In 1949 he won the John Abel Award of $1,000 for the “most outstanding work in the U. S." in the field of pharmacology.

Dr. Markert, 37, has been on the U-M faculty since 1950 as an assistant professor of zoology.