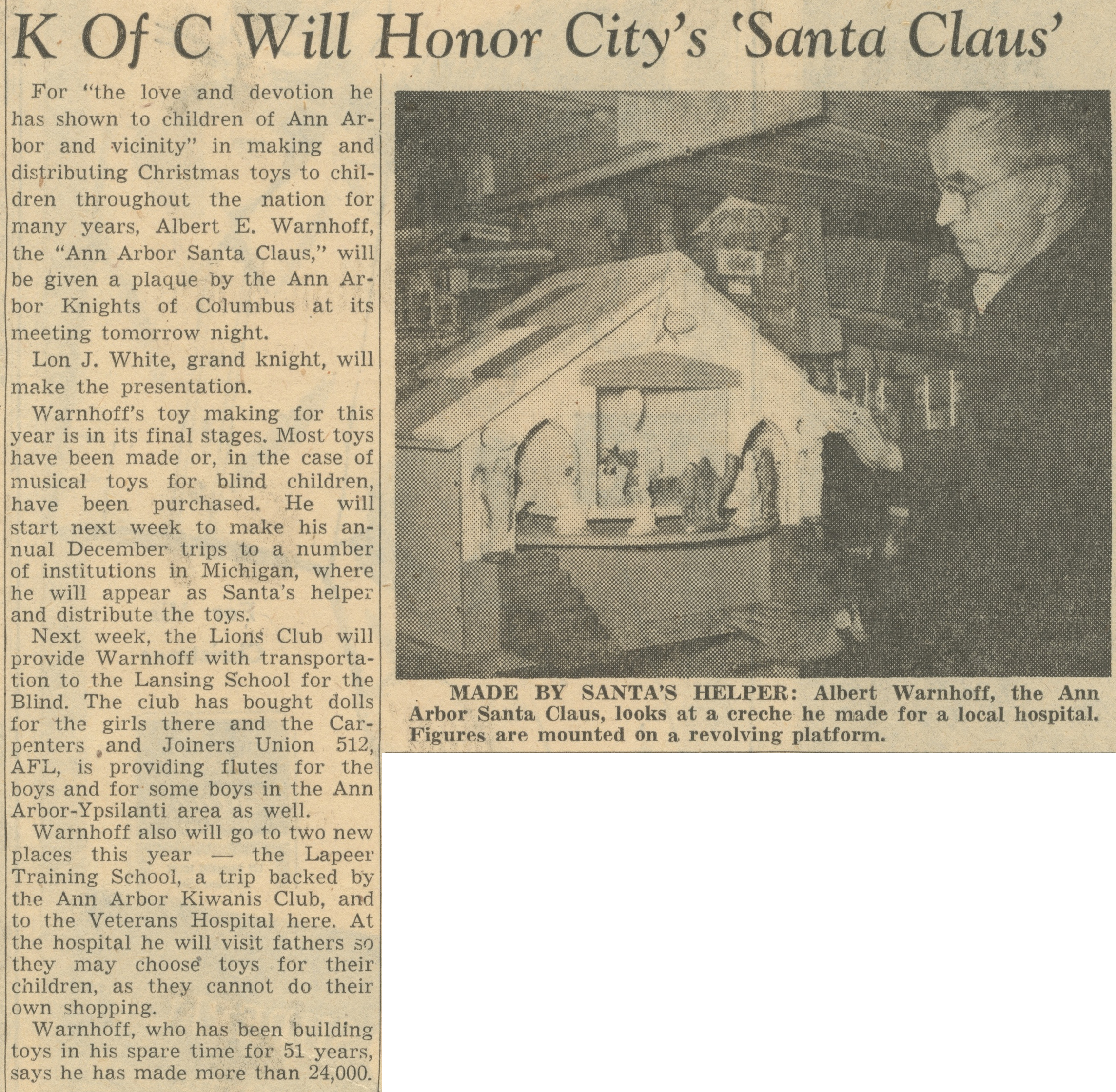 For “the love and devotion he has shown to children of Ann Arbor and vicinity” in making and distributing Christmas toys to children throughout the nation for many years, Albert E. Warnhoff, the “Ann Arbor Santa Claus,” will be given a plaque by the Ann Arbor Knights of Columbus at its meeting tomorrow night.

Warnhoff’s toy making for this year is in its final stages. Most toys have been made or, in the case of musical toys for blind children, have been purchased. He will start next week to make his annual December trips to a number of institutions in Michigan, where he will appear as Santa’s helper and distribute the toys.

Next week, the Lions Club will provide Warnhoff with transportation to the Lansing School for the Blind. The club has bought dolls for the girls there and the Carpenters and Joiners Union 512, AFL, is providing flutes for the boys and for some boys in the Ann Arbor-Ypsilanti area as well.

Warnhoff also will go to two new places this year — the Lapeer Training School, a trip backed by the Ann Arbor Kiwanis Club, and to the Veterans Hospital here. At the hospital he will visit fathers so they may choose toys for their children, as they cannot do their own shopping.

Warnhoff, who has been building toys in his spare time for 51 years, says he has made more than 24,000.

MADE BY SANTA’S HELPER: Albert Warnhoff, the Ann Arbor Santa Claus, looks at a creche he made for a local hospital. Figures are mounted on a revolving platform.