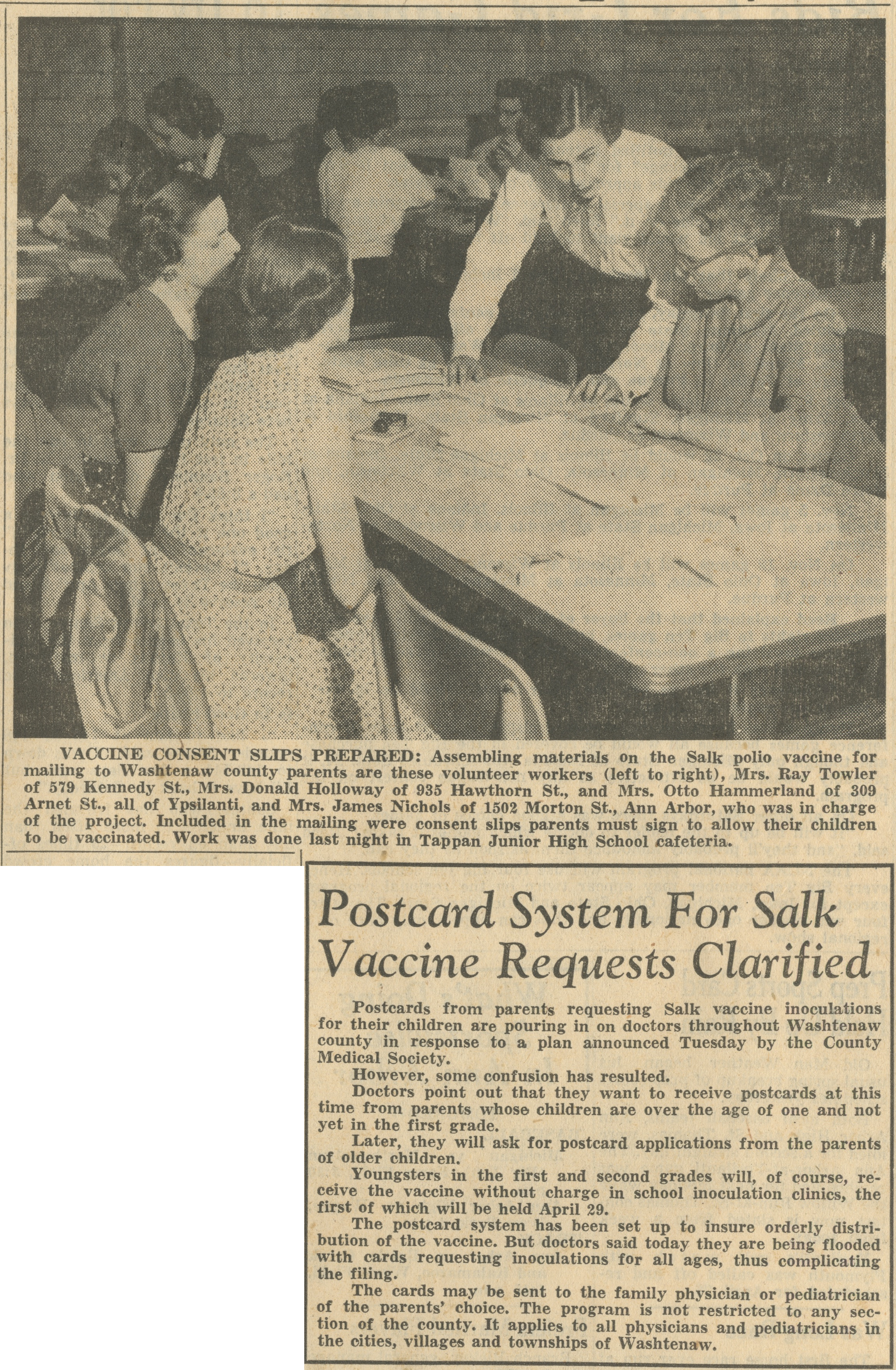 Postcards from parents requesting Salk vaccine inoculations for their children are pouring in on doctors throughout Washtenaw county in response to a plan announced Tuesday by the County Medical Society.

However, some confusion has resulted.

Doctors point out that they want to receive postcards at this time from parents whose children are over the age of one and not yet in the first grade.

Later, they will ask for postcard applications from the parents of older children.

Youngsters in the first and second grades will, of course, receive the vaccine without charge in school inoculation clinics, the first of which will be held April 29.

The postcard system has been set up to insure orderly distribution of the vaccine. But doctors said today they are being flooded with cards requesting inoculations for all ages, thus complicating the filing.

The cards may be sent to the family physician or pediatrician of the parents’ choice. The program is not restricted to any section of the county. It applies to all physicians and pediatricians in the cities, villages and townships of Washtenaw.

﻿VACCINE CONSENT SLIPS PREPARED: Assembling materials on the Salk polio vaccine for mailing to Washtenaw county parents are these volunteer workers (left to right), Mrs. Ray Towler of 579 Kennedy St., Mrs. Donald Holloway of 935 Hawthorn St., and Mrs. Otto Hammerland of 309 Arnet St., all of Ypsilanti, and Mrs. James Nichols of 1502 Morton St., Ann Arbor, who was in charge of the project. Included in the mailing were consent slips parents must sign to allow their children to be vaccinated. Work was done last night in Tappan Junior High School cafeteria.