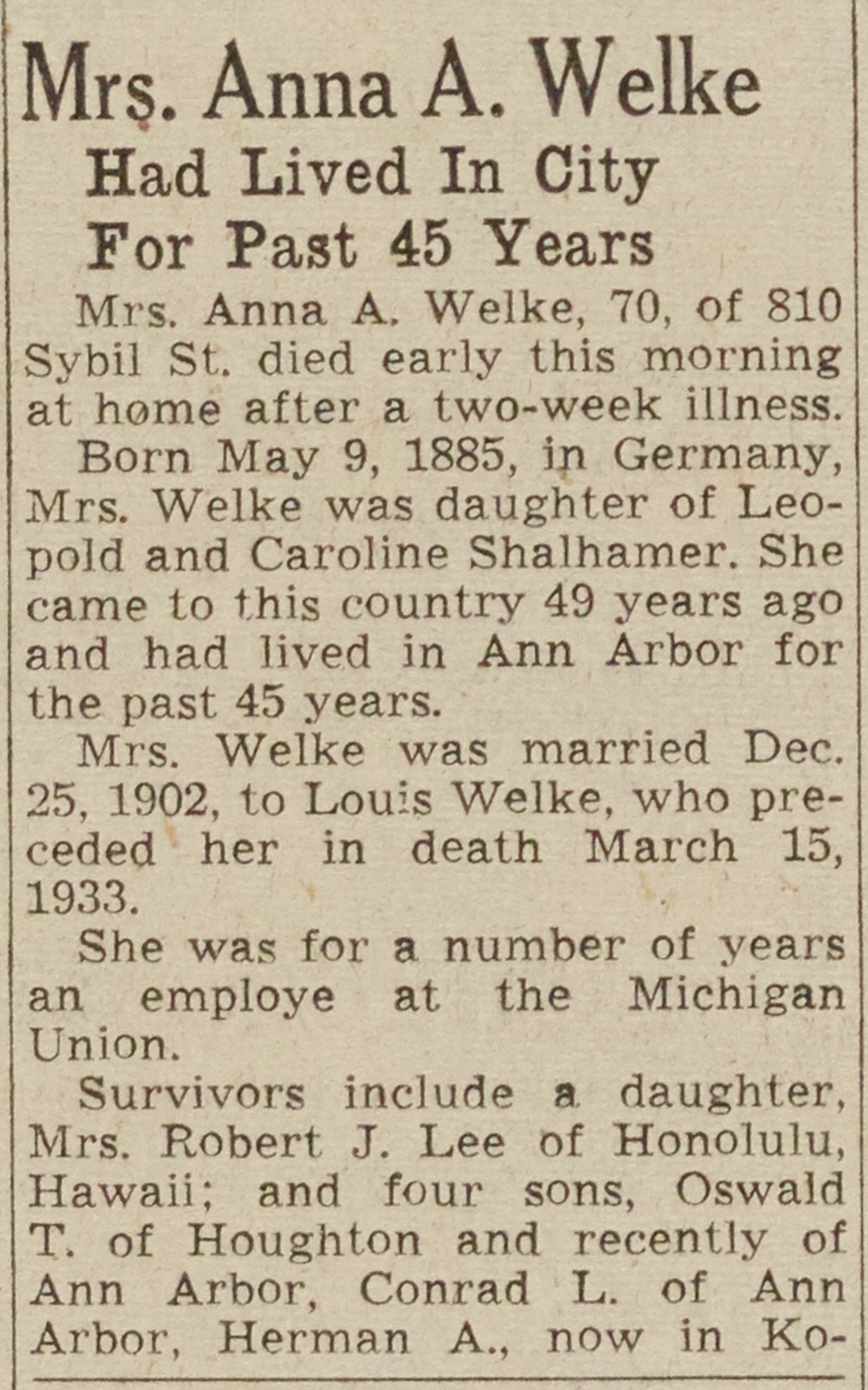 Born May 9, 1885, in Germany, Mrs. Welke was daughter of Leopold and Caroline Shalhamer. She came to this country 49 years ago and had lived in Ann Arbor for the past 45 years.

She was for a number of years an employe at the Michigan Union.

Survivors include a daughter, Mrs. Robert J. Lee of Honolulu, Hawaii; and four sons, Oswald T. of Houghton and recently of Ann Arbor, Conrad L. of Ann Arbor, Herman A., now in Korea, and Leo G., with the armed forces in Germany.

Funeral services, conducted by Dr. E. C. Stellhorn, were to be held at 2 p.m. today at the Muehlig Chapel, with burial to follow in Bethlehem Cemetery.