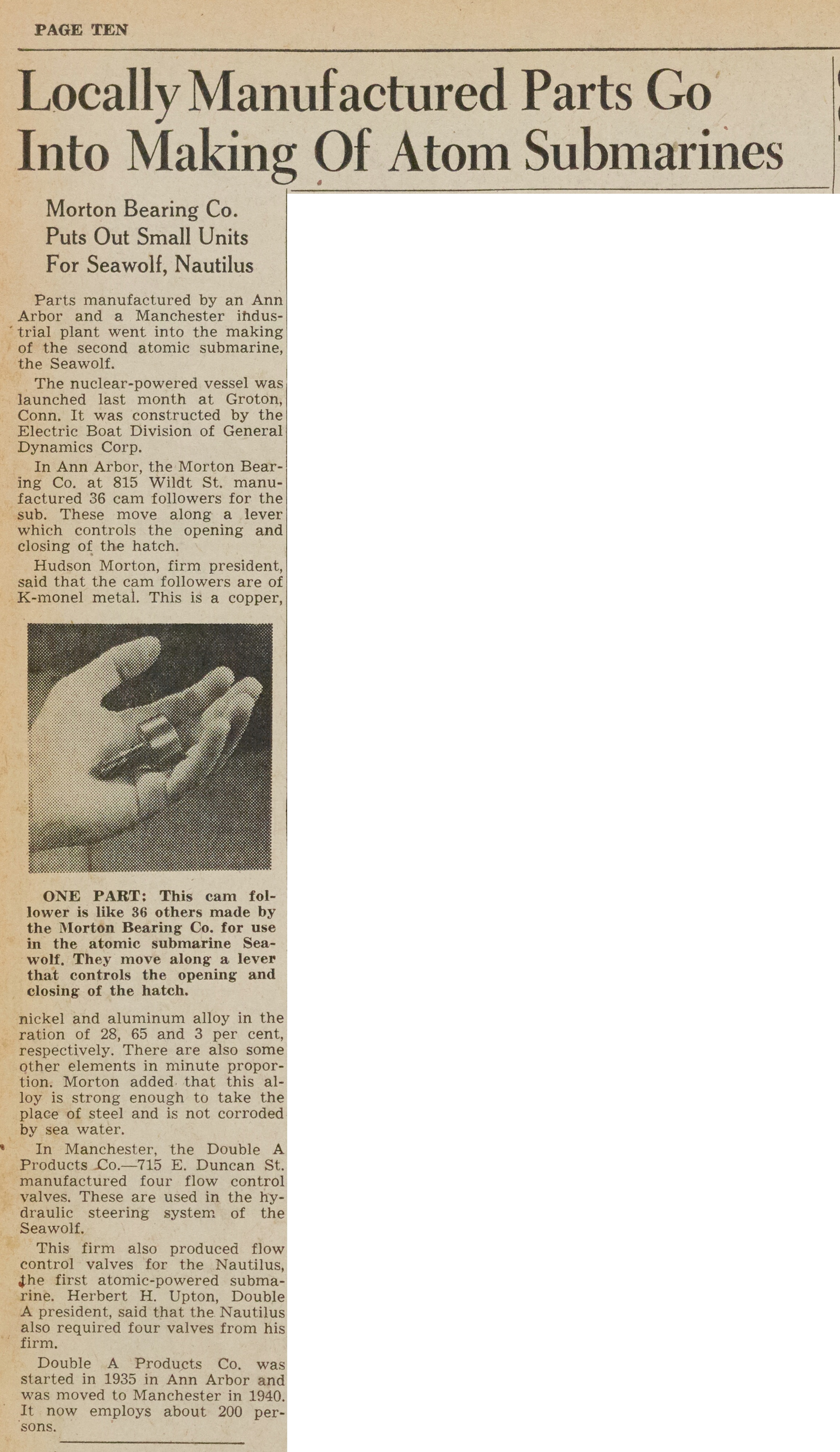 Parts manufactured by an Ann Arbor and a Manchester industrial plant went into the making of the second atomic submarine, the Seawolf.

The nuclear-powered vessel was launched last month at Groton, Conn. It was constructed by the Electric Boat Division of General Dynamics Corp.

In Ann Arbor, the Morton Bearing Co. at 815 Wildt St. manufactured 36 cam followers for the sub. These move along a lever which controls the opening and closing of the hatch.

Hudson Morton, firm president, said that the cam followers are of K-monel metal. This is a copper, nickel and aluminum alloy in the ration of 28, 65 and 3 per cent, respectively. There are also some other elements in minute proportion. Morton added that this alloy is strong enough to take the place of steel and is not corroded by sea water.

In Manchester, the Double A Products Co. - 715 E. Duncan St. manufactured four flow control valves. These are used in the hydraulic steering system of the Seawolf.

Double A Products Co. was started in 1935 in Ann Arbor and was moved to Manchester in 1940. It now employs about 200 persons.