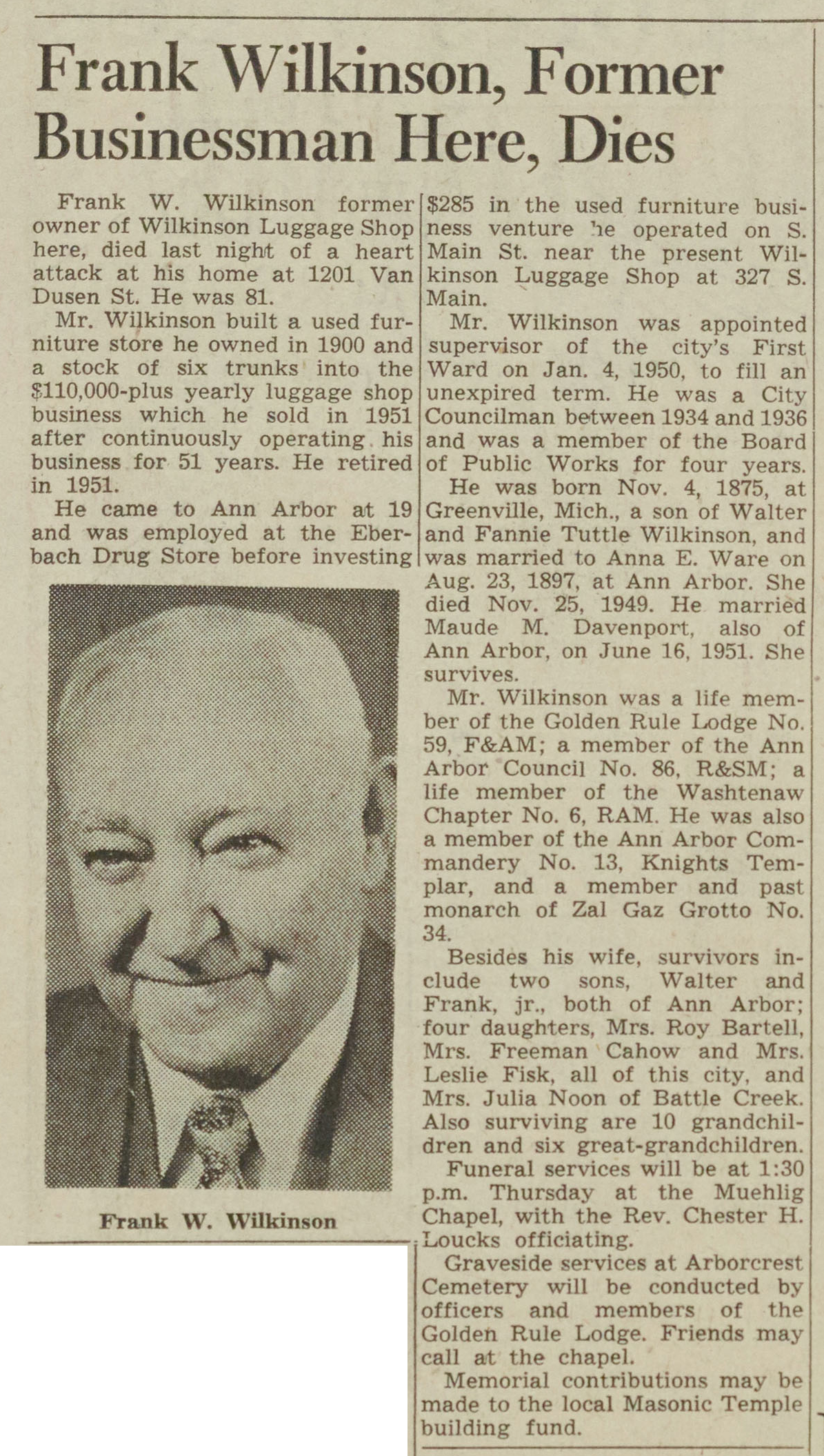 Frank W. Wilkinson former owner of Wilkinson Luggage Shop here, died last night of a heart attack at his home at 1201 Van Dusen St. He was 81.

Mr. Wilkinson built a used furniture store he owned in 1900 and a stock of six trunks into the $110,000-plus yearly luggage shop business which he sold in 1951 after continuously operating his business for 51 years. He retired in 1951.

He came to Ann Arbor at 19 and was employed at the Eberbach Drug Store before investing $285 in the used furniture business venture he operated on S. Main St. near the present Wilkinson Luggage Shop at 327 S. Main.

Mr. Wilkinson was appointed supervisor of the city's First Ward on Jan. 4, 1950, to fill an unexpired term. He was a City Councilman between 1934 and 1936 and was a member of the Board of Public Works for four years.

Besides his wife, survivors include two sons, Walter and Frank, jr., both of Ann Arbor; four daughters, Mrs. Roy Bartell, Mrs. Freeman Cahow and Mrs. Leslie Fisk, all of this city, and Mrs. Julia Noon of Battle Creek. Also surviving are 10 grandchildren and six great-grandchildren.

Funeral services will be at 1:30 p.m. Thursday at the Muehlig Chapel, with the Rev. Chester H. Loucks officiating.

Graveside services at Arborcrest Cemetery will be conducted by officers and members of the Golden Rule Lodge. Friends may call at the chapel.

Memorial contributions may be made to the local Masonic Temple building fund.