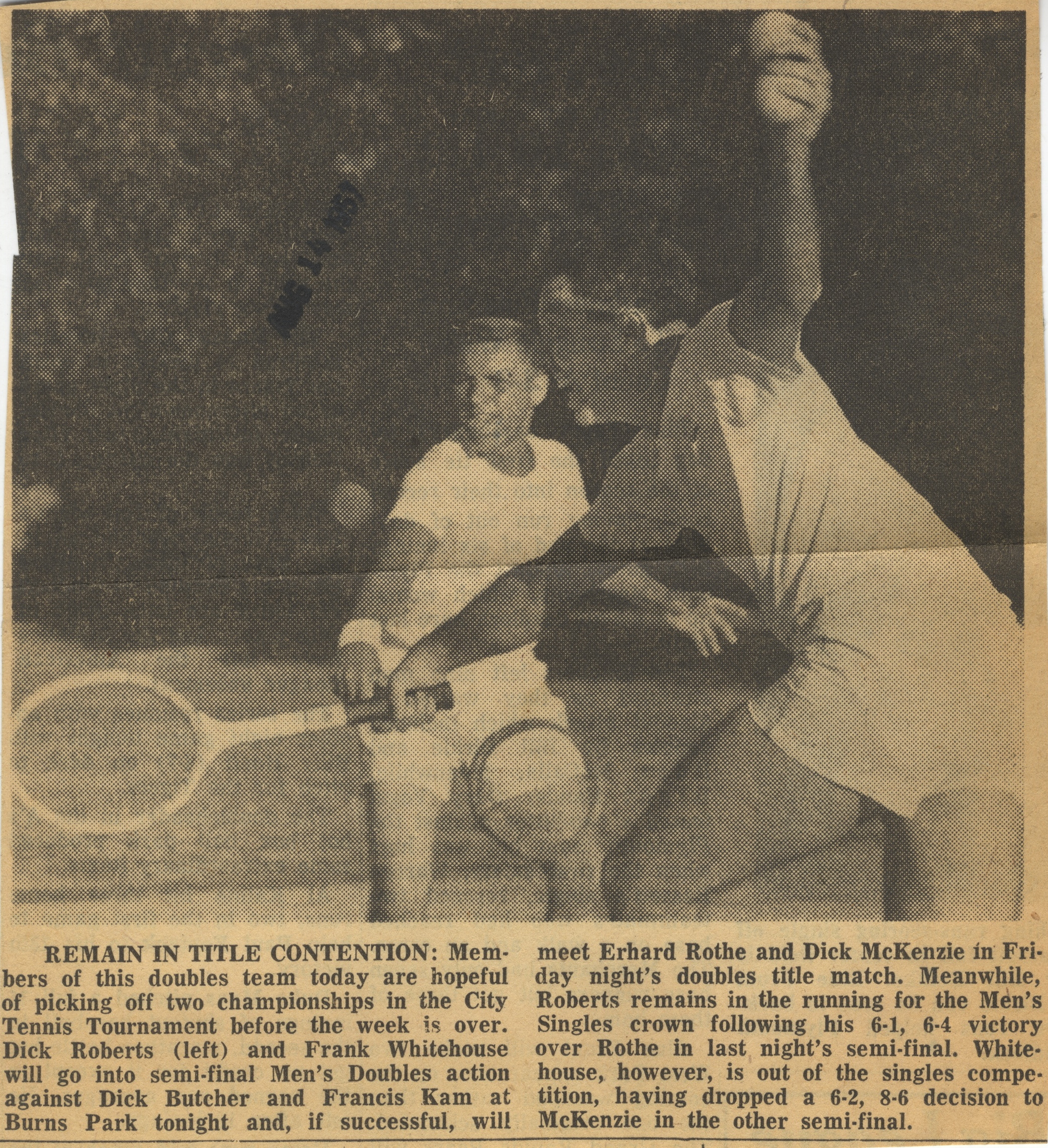 ﻿REMAIN IN TITLE CONTENTION: Members of this doubles team today are hopeful of picking off two championships in the City Tennis Tournament before the week is over. Dick Roberts (left) and Frank Whitehouse will go into semi-final Men’s Doubles action against Dick Butcher and Francis Kam at Burns Park tonight and, if successful, will meet Erhard Rothe and Dick McKenzie in Friday night's doubles title match. Meanwhile, Roberts remains in the running for the Men’s Singles crown following his 6-1, 6-4 victory over Rothe in last night’s semi-final. White-house, however, is out of the singles competition, having dropped a 6-2, 8-6 decision to McKenzie in the other semi-final.