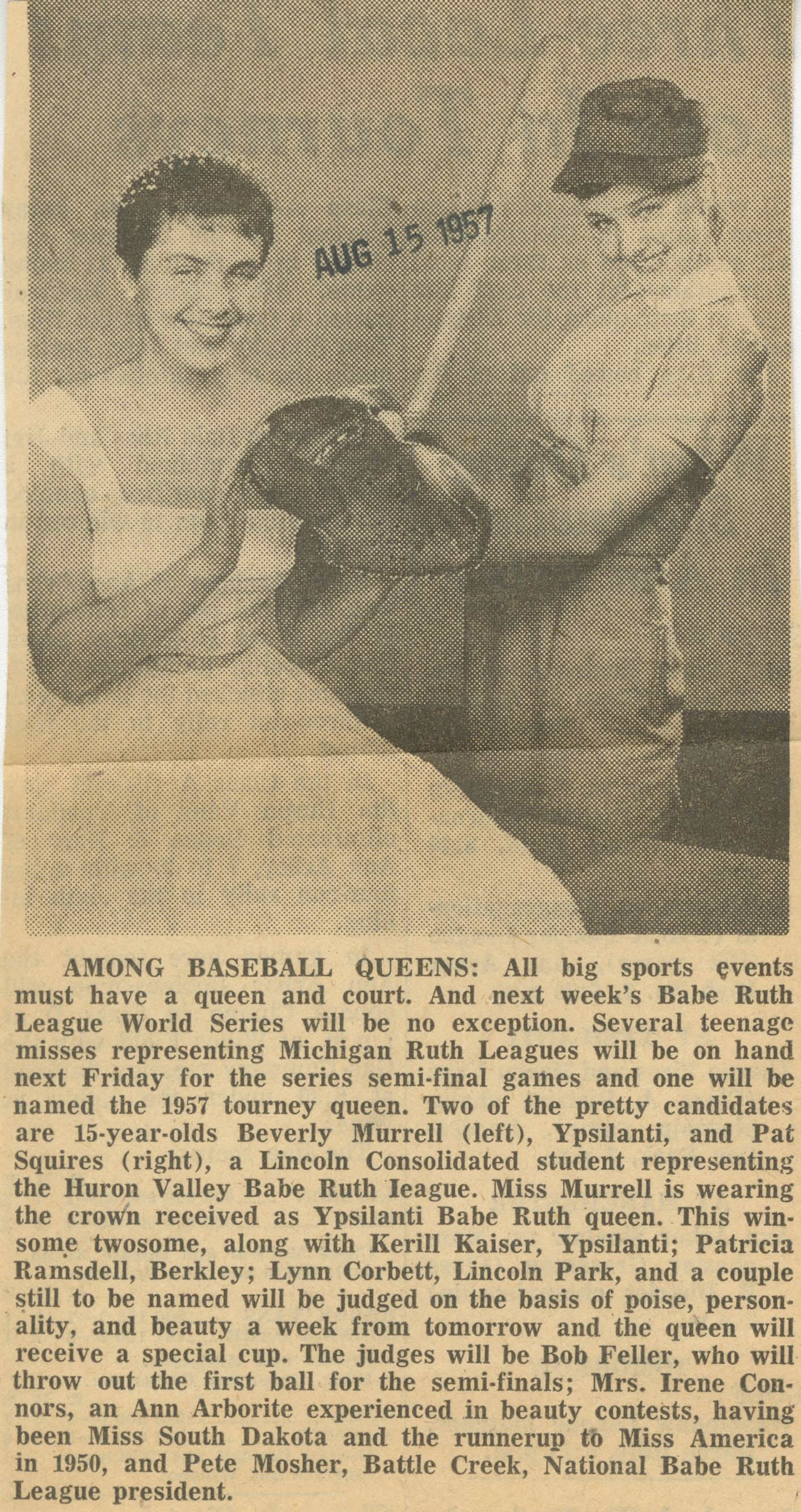 AMONG BASEBALL QUEENS: All big sports events must have a queen and court. And next week’s Babe Ruth League World Series will be no exception. Several teenage misses representing Michigan Ruth Leagues will be on hand next Friday for the series semi-final games and one will be named the 1957 tourney queen. Two of the pretty candidates are 15-year-olds Beverly Murrell (left), Ypsilanti, and Pat Squires (right), a Lincoln Consolidated student representing the Huron Valley Babe Ruth league. Miss Murrell is wearing the crown received as Ypsilanti Babe Ruth queen. This winsome twosome, along with Kerill Kaiser, Ypsilanti; Patricia Ramsdell, Berkley; Lynn Corbett, Lincoln Park, and a couple still to be named will be judged on the basis of poise, personality, and beauty a week from tomorrow and the queen will receive a special cup. The judges will be Bob Feller, who will throw out the first ball for the semi-finals; Mrs. Irene Connors, an Ann Arboritc experienced in beauty contests, having been Miss South Dakota and the runnerup tb Miss America in 1950, and Pete Mosher, Battle Creek, National Babe Ruth League president.