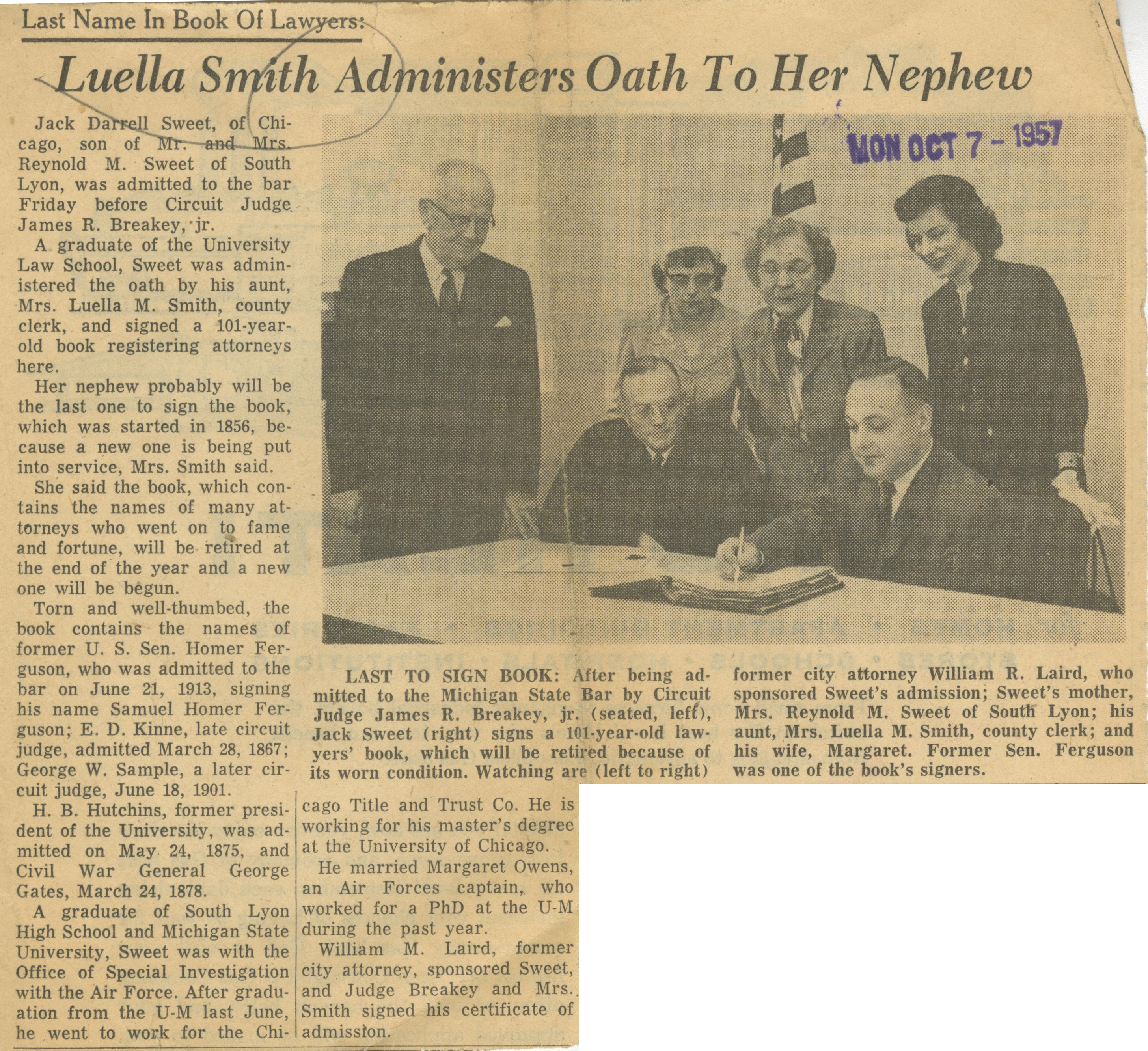 ﻿Last Name In Book Of Lawyers:

A graduate of the University Law School, Sweet was administered the oath by his aunt, Mrs. Luella M. Smith, county clerk, and signed a 101-year-old book registering attorneys here.

Her nephew probably will be the last one to sign the book, which was started in 1856, because a new one is being put into service, Mrs. Smith said.

She said the book, which contains the names of many attorneys who went on to fame and fortune, will be retired at the end of the year and a new one will be begun.

A graduate of South Lyon High School and Michigan State University, Sweet was with the Office of Special Investigation with the Air Force. After graduation from the U-M last June, he went to work for the Chicago Title and Trust Co. He is working for his master’s degree at the University of Chicago.

He married Margaret Owens, an Air Forces captain, who worked for a PhD at the U-M during the past year.