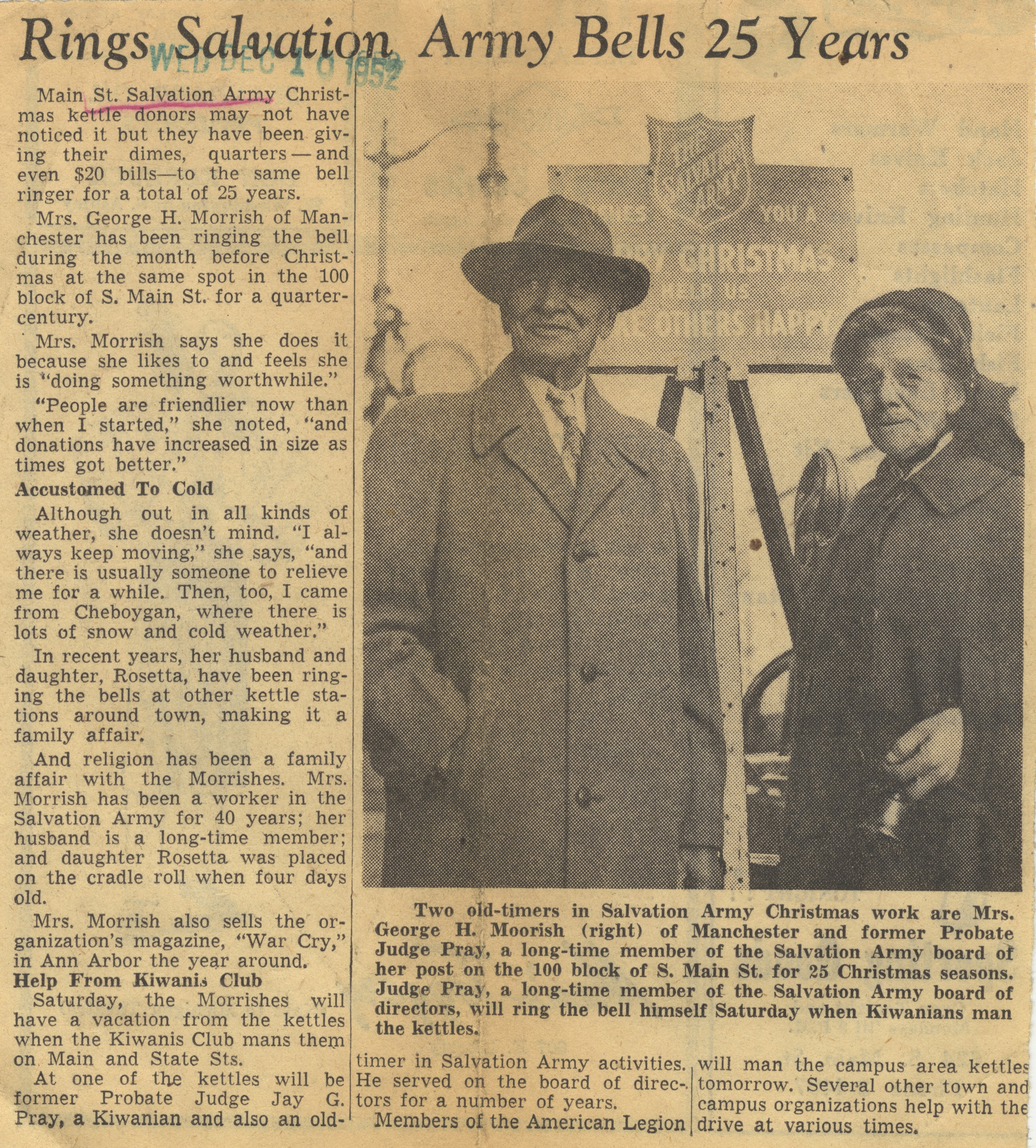 Main St. Salvation Army Christmas kettle donors may not have noticed it but they have been giving their dimes, quarters — and even $20 bills—to the same bell ringer for a total of 25 years.

Mrs. George H. Morrish of Manchester has been ringing the bell during the month before Christmas at the same spot in the 100 block of S. Main St. for a quarter-century.

Mrs. Morrish says she does it because she likes to and feels she is “doing something worthwhile.”

“People are friendlier now than when I started,” she noted, “and donations have increased in size as times got better.”

Although out in all kinds of weather, she doesn’t mind. “I always keep moving," she says, “and there is usually someone to relieve me for a while. Then, too, I came from Cheboygan, where there is lots of snow and cold weather.”

In recent years, her husband and daughter, Rosetta, have been ringing the bells at other kettle stations around town, making it a family affair.

And religion has been a family affair with the Morrishes. Mrs. Morrish has been a worker in the Salvation Army for 40 years; her husband is a long-time member; and daughter Rosetta was placed on the cradle roll when four days old.

Saturday, the Morrishes will have a vacation from the kettles when the Kiwanis Club mans them on Main and State Sts.

At one of the kettles will be former Probate Judge Jay G. Pray, a Kiwanian and also an old-timer in Salvation Army activities. He served on the board of directors for a number of years.

Members of the American Legion will man the campus area kettles tomorrow. Several other town and campus organizations help with the drive at various times.