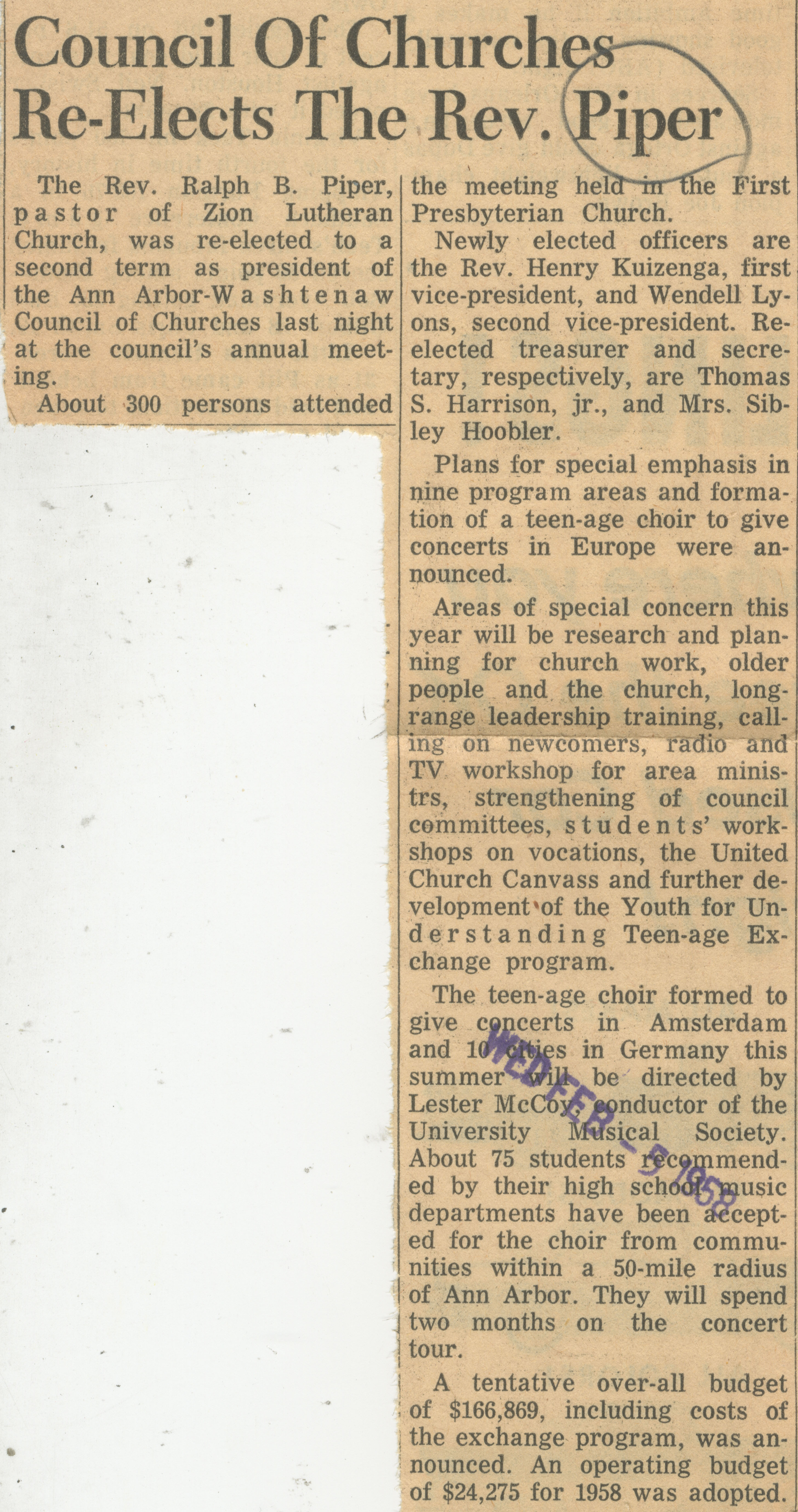 The Rev. Ralph B. Piper, pastor of Zion Lutheran Church, was re-elected to a second term as president of the Ann Arbor-Washtenaw Council of Churches last night at the council’s annual meeting.

About 300 persons attended the meeting held in the First Presbyterian Church.

Plans for special emphasis in nine program areas and formation of a teen-age choir to give concerts in Europe were announced.

Areas of special concern this year will be research and planning for church work, older people and the church, long-range leadership training, calling on newcomers, radio and TV workshop for area ministers, strengthening of council committees, students’ workshops on vocations, the United Church Canvass and further development of the Youth for Understanding Teen-age Exchange program.

The teen-age choir formed to give concerts in Amsterdam and 10 cities in Germany this summer will be directed by Lester McCoy, conductor of the University Musical Society. About 75 students recommended by their high school music departments have been accepted for the choir from communities within a 50-mile radius of Ann Arbor. They will spend two months on the concert tour.