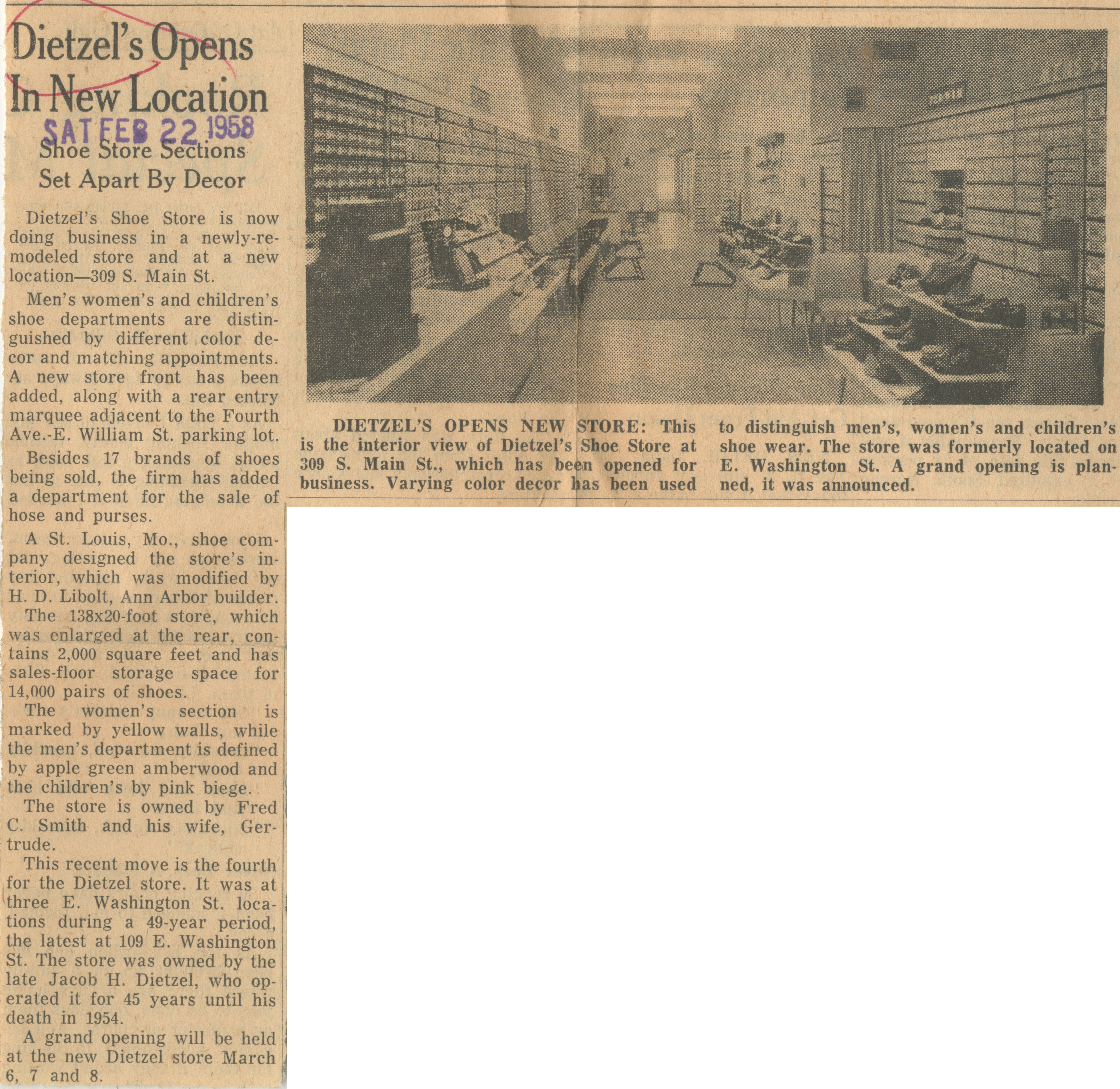 Dietzel’s Shoe Store is now doing business in a newly-remodeled store and at a new location—309 S. Main St.

Men’s women’s and children’s shoe departments are distinguished by different color decor and matching appointments. A new store front has been added, along with a rear entry marquee adjacent to the Fourth Ave.-E. William St. parking lot.

Besides 17 brands of shoes being sold, the firm has added a department for the sale of hose and purses.

The women’s section is marked by yellow walls, while the men’s department is defined by apple green amberwood and the children’s by pink biege.

The store is owned by Fred C. Smith and his wife, Gertrude.

This recent move is the fourth for the Dietzel store. It was at three E. Washington St. locations during a 49-year period, the latest at 109 E. Washington St. The store was owned by the late Jacob H. Dietzel, who operated it for 45 years until his death in 1954.

A grand opening will be held at the new Dietzel store March 6, 7 and 8.

DIETZEL’S OPENS NEW STORE: This is the interior view of Dietzel’s Shoe Store at 309 S. Main St., which has been opened for business. Varying color decor has been used to distinguish men’s, women’s and children’s shoe wear. The store was formerly located on E. Washington St. A grand opening is planned, it was announced.