Clothing Firm Will Occupy Store To Be Built Here 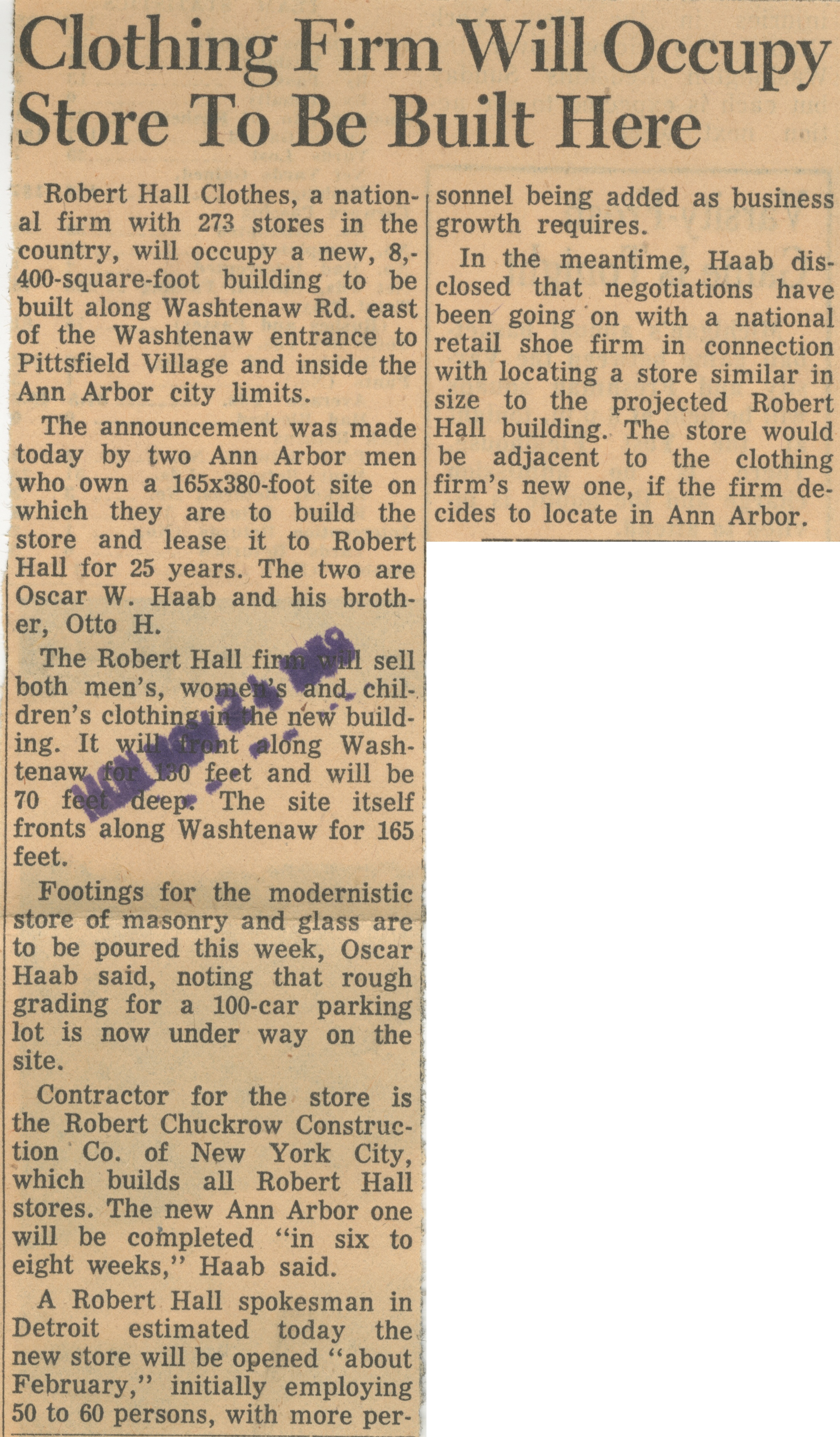 ﻿Clothing Firm Will Occupy Store To Be Built Here

Robert Hall Clothes, a national firm with 273 stores in the country, will occupy a new, 8,-400-square-foot building to be built along Washtenaw Rd. east of the Washtenaw entrance to Pittsfield Village and inside the Ann Arbor city limits.

The announcement was made today by two Ann Arbor men who own a 165x380-foot site on which they are to build the store and lease it to Robert Hall for 25 years. The two are Oscar W. Haab and his brother, Otto H.

Footings for the modernistic store of masonry and glass are to be poured this week, Oscar Haab said, noting that rough grading for a 100-car parking lot is now under way on the site.

Contractor for the store is the Robert Chuckrow Construction Co. of New York City, which builds all Robert Hall stores. The new Ann Arbor one will be completed “in six to eight weeks,” Haab said.

A Robert Hall spokesman in Detroit estimated today the new store will be opened “about February,” initially employing 50 to 60 persons, with more personnel being added as business growth requires.

In the meantime, Haab disclosed that negotiations have been going on with a national retail shoe firm in connection with locating a store similar in size to the projected Robert Hall building. The store would be adjacent to the clothing firm’s new one, if the firm decides to locate in Ann Arbor.