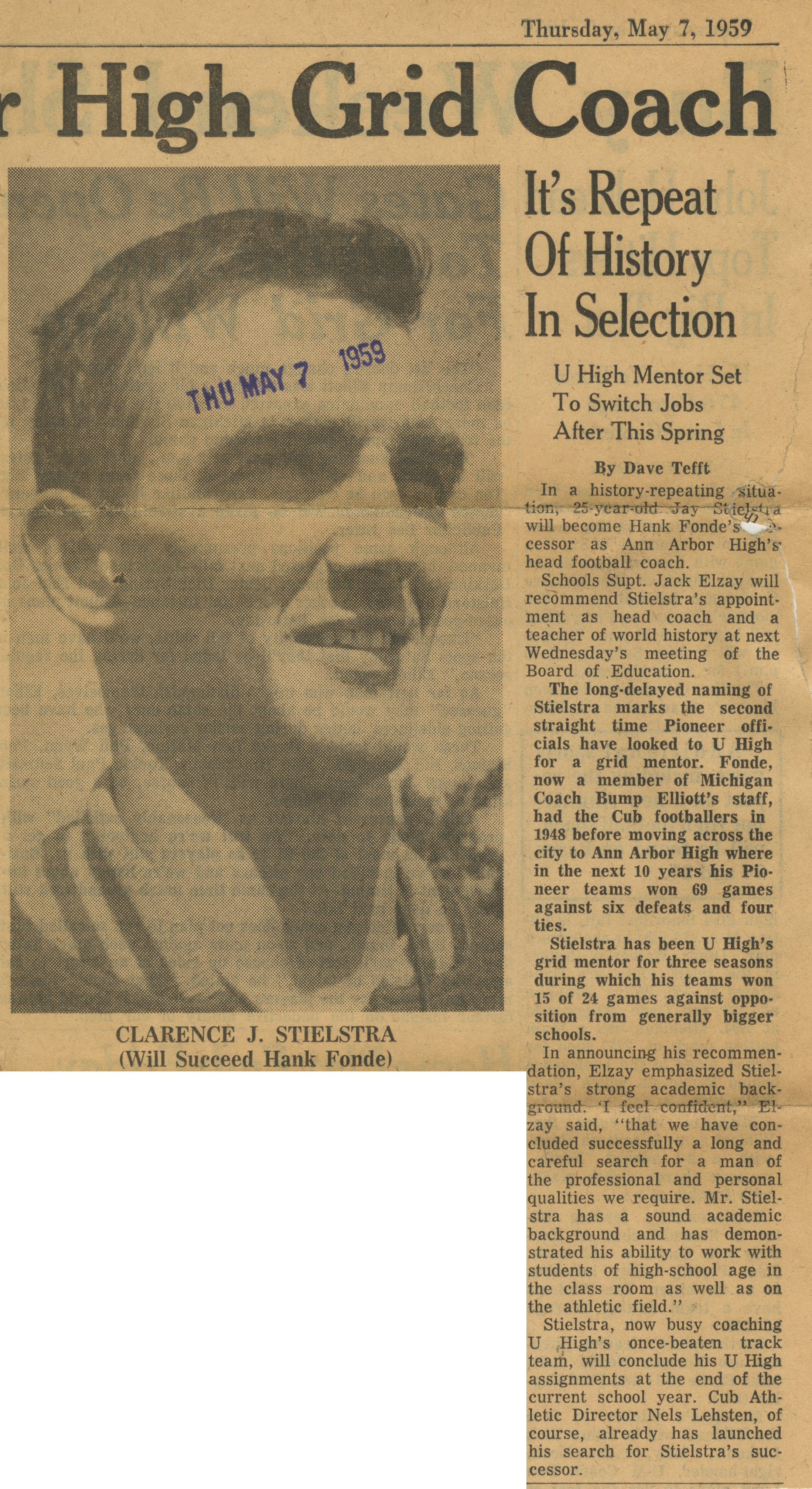 It's Repeat Of History In Selection U High Mentor Set To Switch Jobs After This Spring By Dave Tefft In a history-repeating situation, 25-year-old Jay Stielstra will become Hank Fonde's cessor as Ann Arbor High's head football coach. Schools Supt. Jack Elzay will recommend Stielstra's appointment as head coach and a teacher of world history at next Wednesday's meeting of the Board of Education. The long-delayed naming of Stielstra marks the second straight time Pioneer officials have looked to U High for a grid mentor. Fonde, now a member of Michigan Coach Bump Elliott's staff, had the Cub footballers in 1948 before moving across the city to Ann Arbor High where in the next 10 years his Pioneer teams won 69 games against six defeats and four ties. Stielstra has been U High's grid mentor for three seasons during which his teams won 15 of 24 games against opposition from generally bigger schools. In announcing his recommendation, Elzay emphasized Stielstra's strong academic background. 'I feel confident, Elzay said, “that we have concluded successfully a long and careful search for a man of the professional and personal qualities we require. Mr. Stielstra has a sound academic background and has demonstrated his ability to work with students of high-school age in the class room as well as on the athletic field.” Stielstra, now busy coaching U High's once-beaten track team, will conclude his U High assignments at the end of the current school year. Cub Athletic Director Nels Lehsten, of course, already has launched his search for Stielstra's successor.