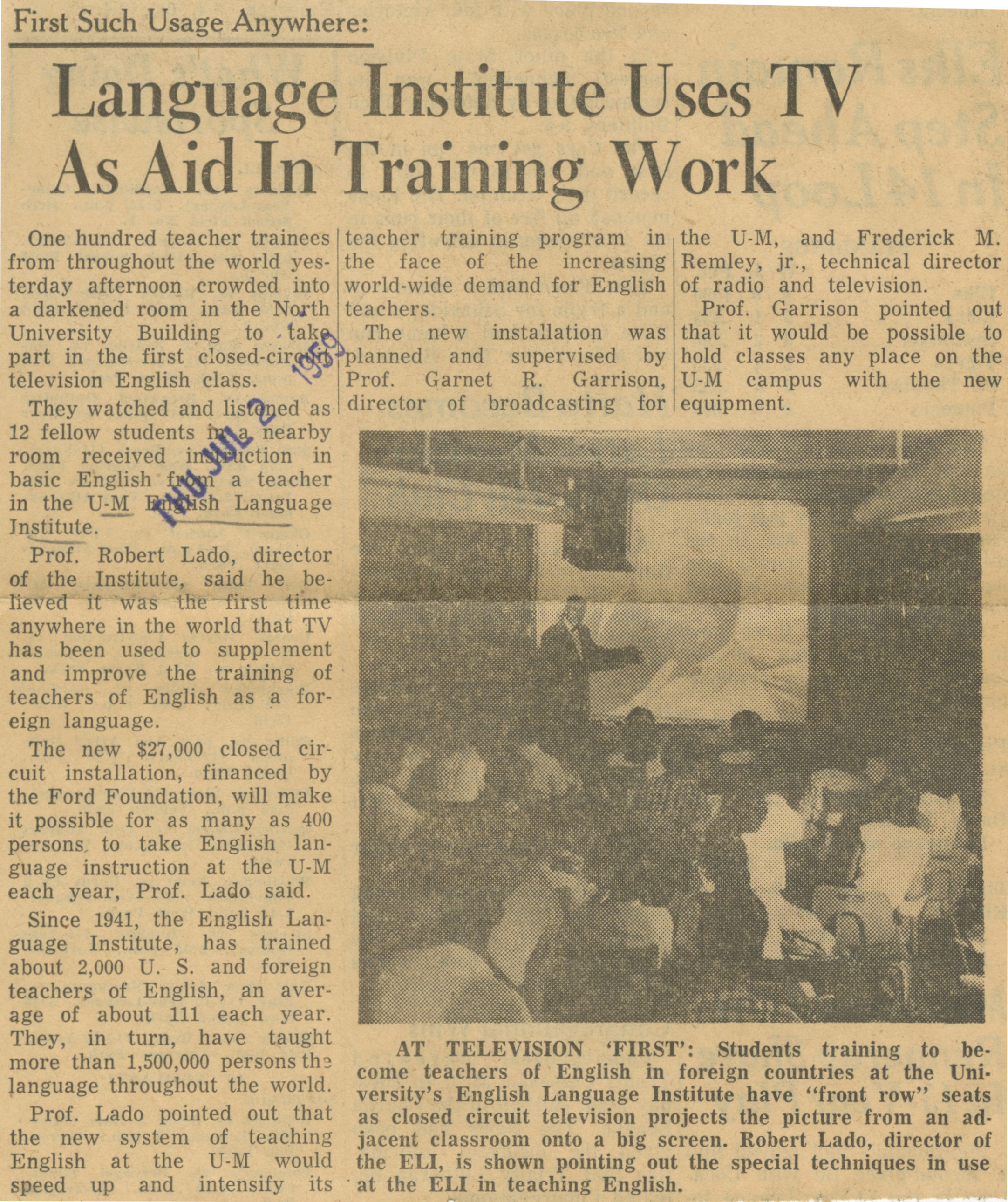 One hundred teacher trainees from throughout the world yesterday afternoon crowded into a darkened room in the North University Building to take part in the first closed-circuit television English class.

They watched and listed as 12 fellow students nearby room received instruction in basic English from a teacher in the U-M English Language Institute.

Prof. Robert Lado, director of the Institute, said he believed it was the first time anywhere in the world that TV has been used to supplement and improve the training of teachers of English as a foreign language.

The new $27,000 closed circuit installation, financed by the Ford Foundation, will make it possible for as many as 400 persons, to take English language instruction at the U-M each year, Prof. Lado said.

Since 1941, the English Language Institute, has trained about 2,000 U. S. and foreign teachers of English, an average of about 111 each year. They, in turn, have taught more than 1,500,000 persons the language throughout the world.

Prof. Lado pointed out that the new system of teaching English at the U-M would speed up and intensify its teacher training program in teh face of the increasing world-wide demand for English teachers.

The new installation was planned and supervised by Prof. Garnet R. Garrison, director of broadcasting for the U-M, and Frederick M. Remley, jr., technical director of radio and television.

Prof. Garrison pointed out that it would be possible to hold classes any place on the U-M campus with the new equipment.

AT TELEVISION ‘FIRST’: Students training to become teachers of English in foreign countries at the University’s English Language Institute have “front row” seats as closed circuit television projects the picture from an adjacent classroom onto a big screen. Robert Lado, director of the ELI, is shown pointing out the special techniques in use at the ELI in teaching English.