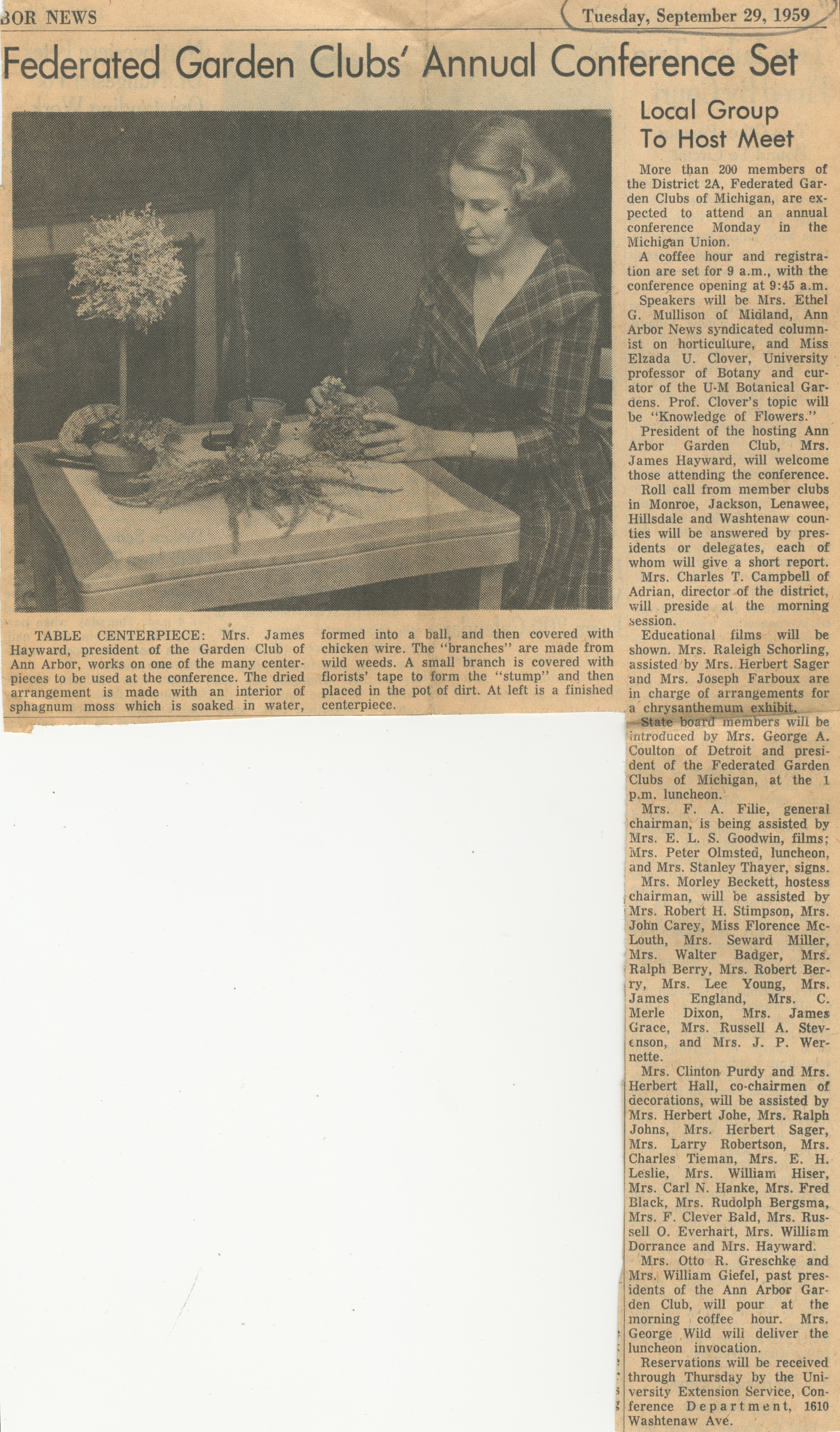 More than 200 members of the District 2A, Federated Garden Clubs of Michigan, are expected to attend an annual conference Monday in the Michigan Union.

A coffee hour and registration are set for 9 a.m., with the conference opening at 9:45 a.m.

Speakers will be Mrs. Ethel G. Mullison of Midland, Ann Arbor News syndicated columnist on horticulture, and Miss Elzada U. Clover, University professor of Botany and curator of the U-M Botanical Gardens. Prof. Clover’s topic will be “Knowledge of Flowers.”

Roll call from member clubs in Monroe, Jackson, Lenawee, Hillsdale and Washtenaw counties will be answered by presidents or delegates, each of whom will give a short report.

Mrs. Charles T. Campbell of Adrian, director of the district, will preside at the morning session.

Educational films will be shown. Mrs. Raleigh Schorling assisted by Mrs. Herbert Sager and Mrs. Joseph Farboux  are in charge of arrangements for a chrysanthemum exhibit.

State board members will be introduced by Mrs. George A. Coulton of Detroit and president of the Federated Garden Clubs of Michigan, at the 1 p.m. luncheon.

Reservations will be received through Thursday by the University Extension Service, Conference Department, 1610 Washtenaw Ave.

TABLE CENTERPIECE: Mrs. James Hayward, president of the Garden Club of Ann Arbor, works on one of the many centerpieces to be used at the conference. The dried arrangement is made with an interior of sphagnum moss which is soaked in water, formed into a ball, and then covered with chicken wire. The "branches" are made from wild weeds. A small branch is covered with florists' tape to form the "stump" and then placed in the pot of dirt. At left is a finished centerpiece.