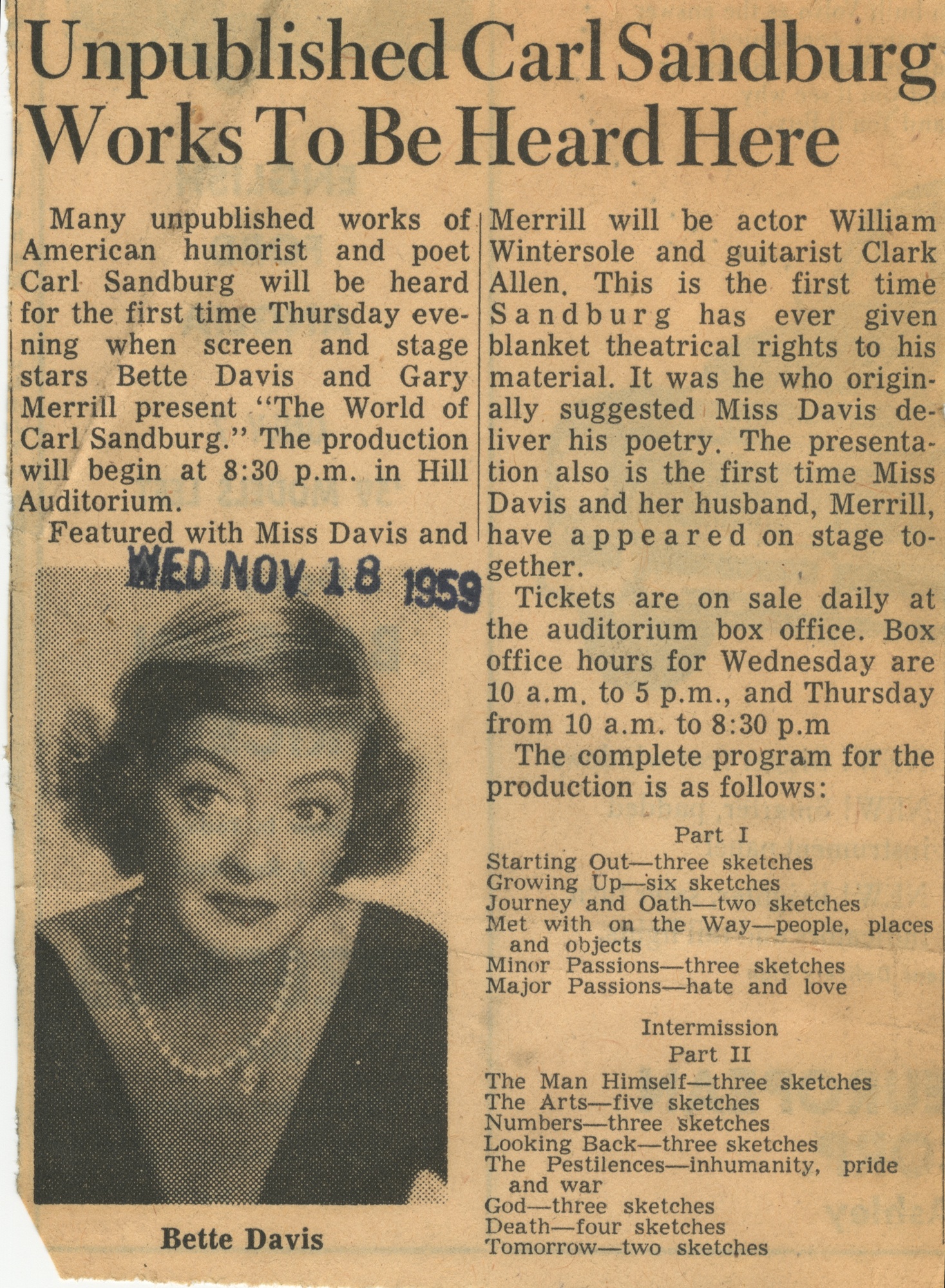 Many unpublished works of American humorist and poet Carl Sandburg will be heard for the first time Thursday evening when screen and stage stars Bette Davis and Gary Merrill present “The World of Carl Sandburg.” The production will begin at 8:30 p.m. in Hill Auditorium.

The complete program for the production is as follows:

Met with on the Way---people, places and objects

The Pestilences---inhumanity, pride and war