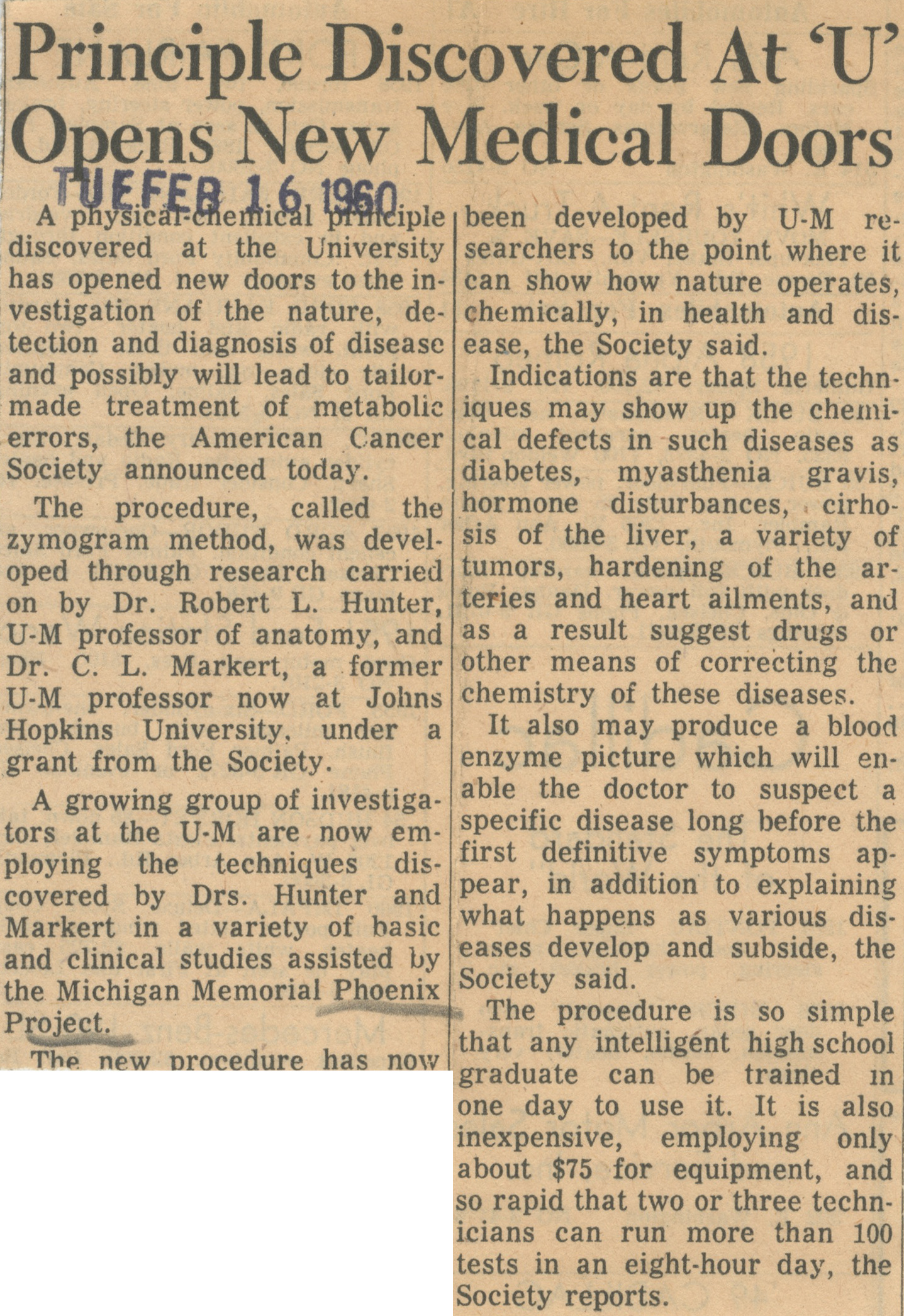 A physical-chemical principIe discovered at the University has opened new doors to the investigation of the nature, detection and diagnosis of disease and possibly will lead to tailor-made treatment of metabolic errors, the American Cancer Society announced today.

The procedure, called the zymogram method, was developed through research carried on by Dr. Robert L. Hunter, U-M professor of anatomy, and Dr. C. L. Markert, a former U-M professor now at Johns Hopkins University, under grant from the Society.

A growing group of investigators at the U-M are now employing the techniques discovered by Drs. Hunter and Markert in a variety of basic and clinical studies assisted by the Michigan Memorial Phoenix Project.

Tho new procedure has now been developed by U-M researchers to the point where it can show how nature operates, chemically, in health and disease, the Society said.

Indications are that the techniques may show up the chemical defects in such diseases as diabetes, myasthenia gravis, hormone disturbances, cirrhosis of the liver, a variety of tumors, hardening of the arteries and heart ailments, and as a result suggest drugs or other means of correcting the chemistry of these diseases.

It also may produce a blood enzyme picture which will enable the doctor to suspect a specific disease long before the first definitive symptoms appear, in addition to explaining what happens as various diseases develop and subside, the Society said.

The procedure is so simple that any intelligent high school graduate can be trained in one day to use it. It is also inexpensive, employing only about $75 for equipment, and so rapid that two or three technicians can run more than 100 tests in an eight-hour day, the Society reports.