Nag In The Nasturtiums 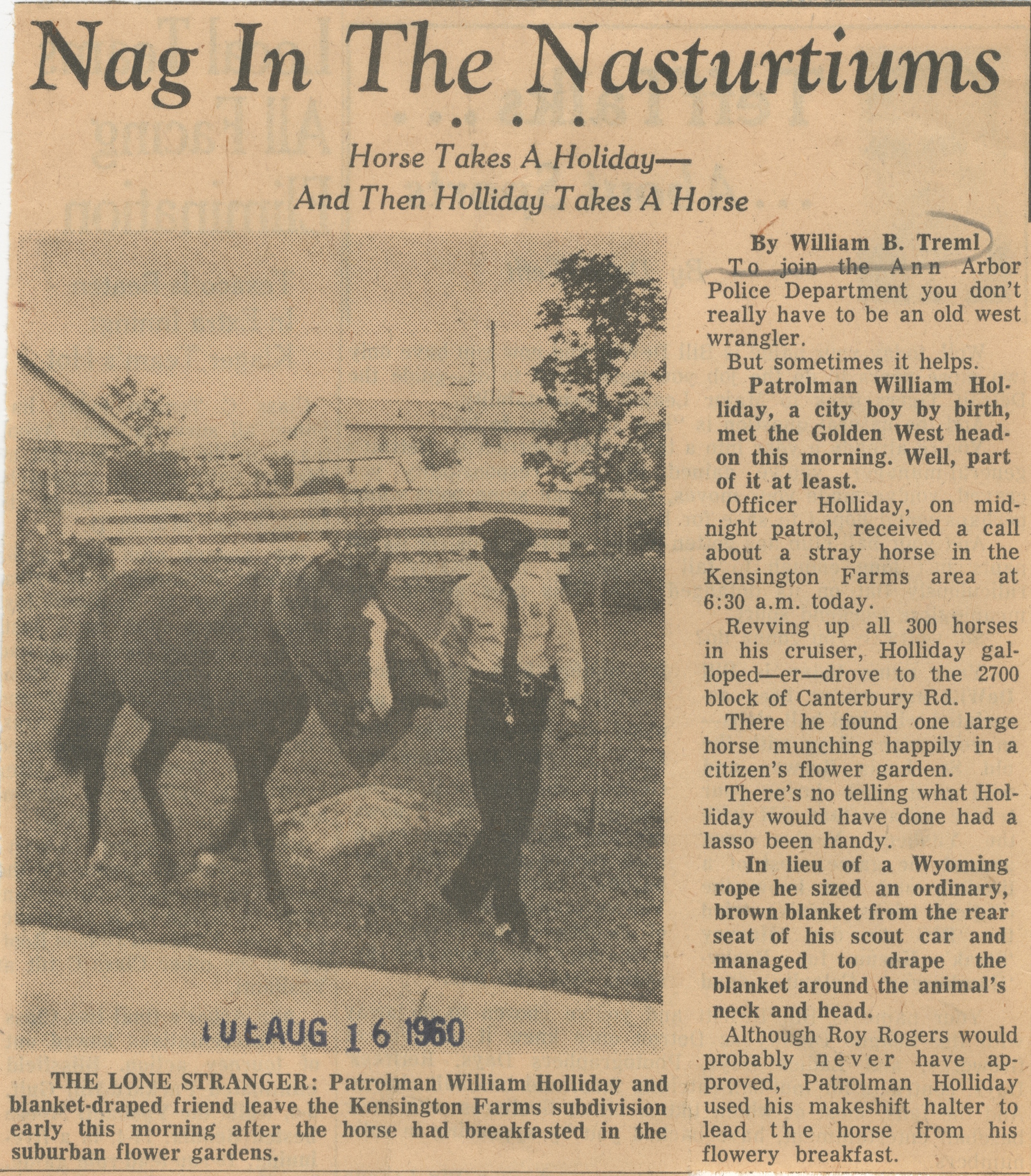 ﻿Nag In The Nasturtiums

Horse Takes A Holiday—And Then Holliday Takes A Horse

To join the Ann Arbor Police Department you don't really have to be an old west wrangler.

But sometimes it helps.

Patrolman William Holliday, a city boy by birth, met the Golden West head-on this morning. Well, part of it at least.

Officer Holliday, on midnight patrol, received a call about a stray horse in the Kensington Farms area at 6:30 a.m. today.

Revving up all 300 horses in his cruiser, Holliday galloped—er—drove to the 2700 block of Canterbury Rd.

There he found one large horse munching happily in a citizen’s flower garden.

There’s no telling what Holliday would have done had a lasso been handy.

In lieu of a Wyoming rope he sized an ordinary, brown blanket from the rear seat of his scout car and managed to drape the blanket around the animal’s neck and head.

Although Roy Rogers would probably never have approved, Patrolman Holliday used his makeshift halter to lead the horse from his flowery breakfast.

THE LONE STRANGER: Patrolman William Holliday and blanket-draped friend leave the Kensington Farms subdivision early this morning after the horse had breakfasted in the suburban flower gardens.