English Language Institute Now In Its Own Building 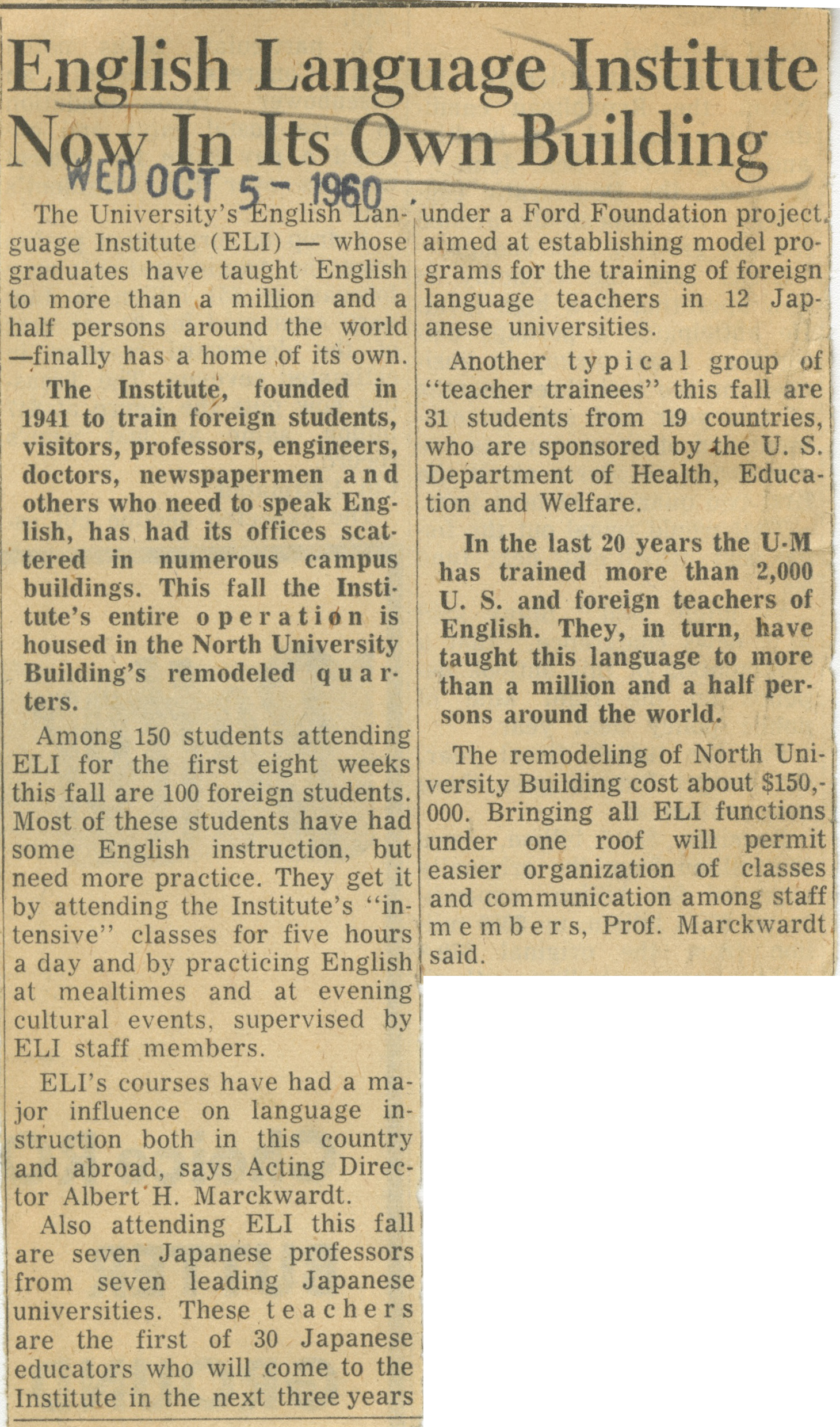 The University's English Language Institute (ELI) - whose graduates have taught English to more than a million and a half persons around the world -finally has a home of its own.
The Institute, founded in 1941 to train foreign students, visitors, professors, engineers, doctors, newspapermen and others who need to speak Eng. lish, has had its offices scattered in numerous campus buildings. This fall the Insti. tute's entire operation is housed in the North University Building's remodeled qua r. ters.
Among 150 students attending ELI for the first eight weeks this fall are 100 foreign students. Most of these students have had some English instruction, but need more practice. They get it by attending the Institute's "intensive” classes for five hours a day and by practicing English at mealtimes and at evening cultural events, supervised by ELI staff members.
ELI's courses have had a major influence on language instruction both in this country and abroad, says Acting Director Albert H. Marckwardt.
Also attending ELI this fall are seven Japanese professors from seven leading Japanese universities. These teachers are the first of 30 Japanese educators who will come to the Institute in the next three years under a Ford Foundation project aimed at establishing model programs for the training of foreign language teachers in 12 Japanese universities.
Another typical group of "teacher trainees” this fall are 31 students from 19 countries, who are sponsored by the U. S. Department of Health, Education and Welfare.
In the last 20 years the U.M has trained more than 2,000 U. S. and foreign teachers of English. They, in turn, have taught this language to more than a million and a half persons around the world.
The remodeling of North University Building cost about $150,000. Bringing all ELI functions under one roof will permit easier organization of classes and communication among staff members, Prof. Marckwardt said.