Ye Old Editor Has His Say 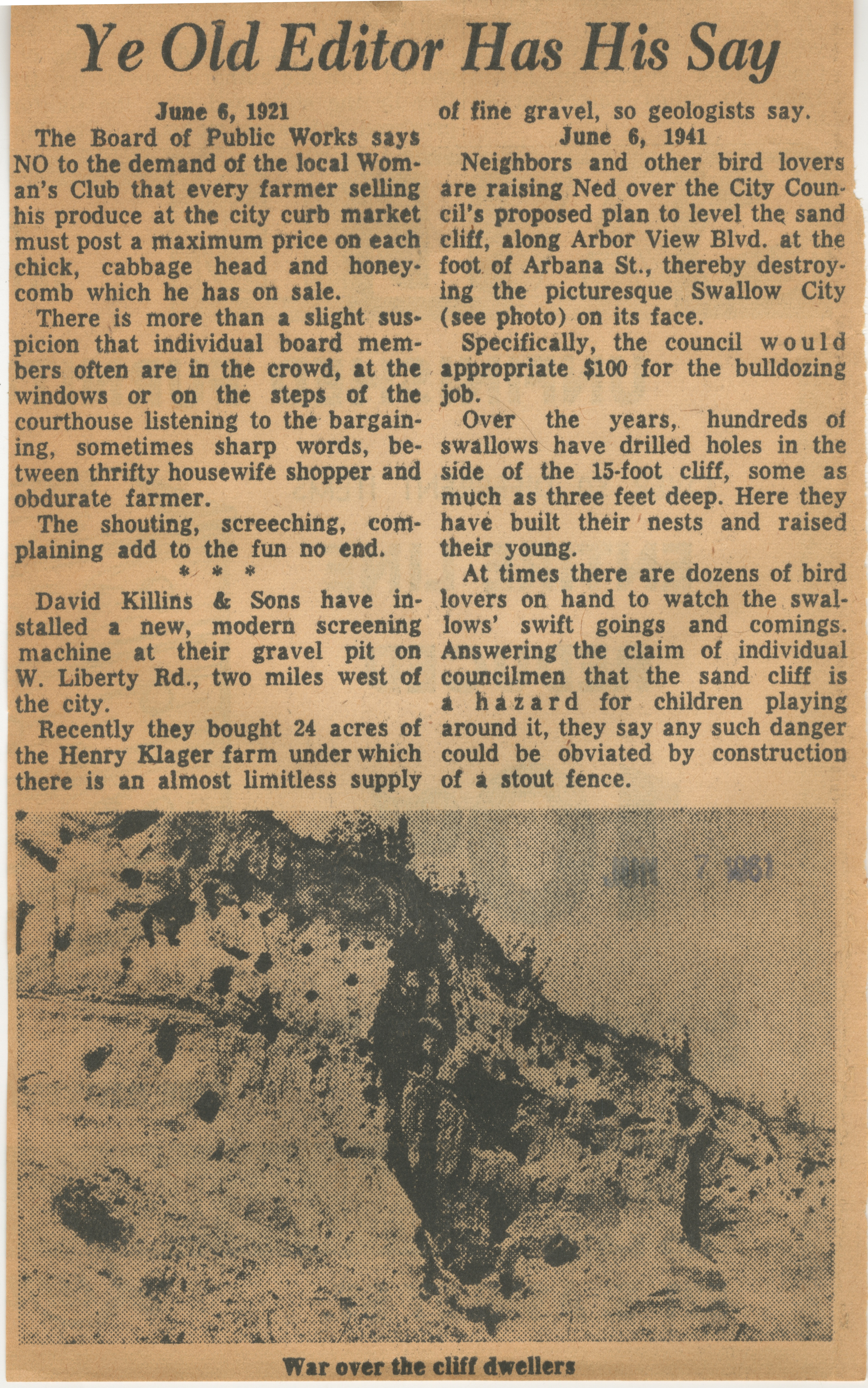 ﻿Ye Old Editor Has His Say

The Board of Public Works says NO to the demand of the local Woman’s Club that every farmer selling his produce at the city curb market must post a maximum price on each chick, cabbage head and honeycomb which he has on sale.

There is more than a slight suspicion that individual board members often are in the crowd, at the windows or on the steps of the courthouse listening to the bargaining, sometimes sharp words, between thrifty housewife shopper and obdurate farmer.

The shouting, screeching, complaining add to the fun no end.

Recently they bought 24 acres of the Henry Klager farm under which there is an almost limitless supply of fine gravel, so geologists say.

Neighbors and other bird lovers are raising Ned over the City Council’s proposed plan to level the sand cliff, along Arbor View Blvd. at the foot of Arbana St., thereby destroying the picturesque Swallow City (see photo) on its face.

Specifically, the council would appropriate $100 for the bulldozing job.

Over the years, hundreds of swallows have drilled holes in the side of the 15-foot cliff, some as much as three feet deep. Here they have built their nests and raised their young.

At times there are dozens of bird lovers on hand to watch the swallows’ swift goings and comings. Answering the claim of individual councilmen that the sand cliff is a hazard for children playing around it, they say any such danger could be obviated by construction of a stout fence.

[image]:  War over the cliff dwellers