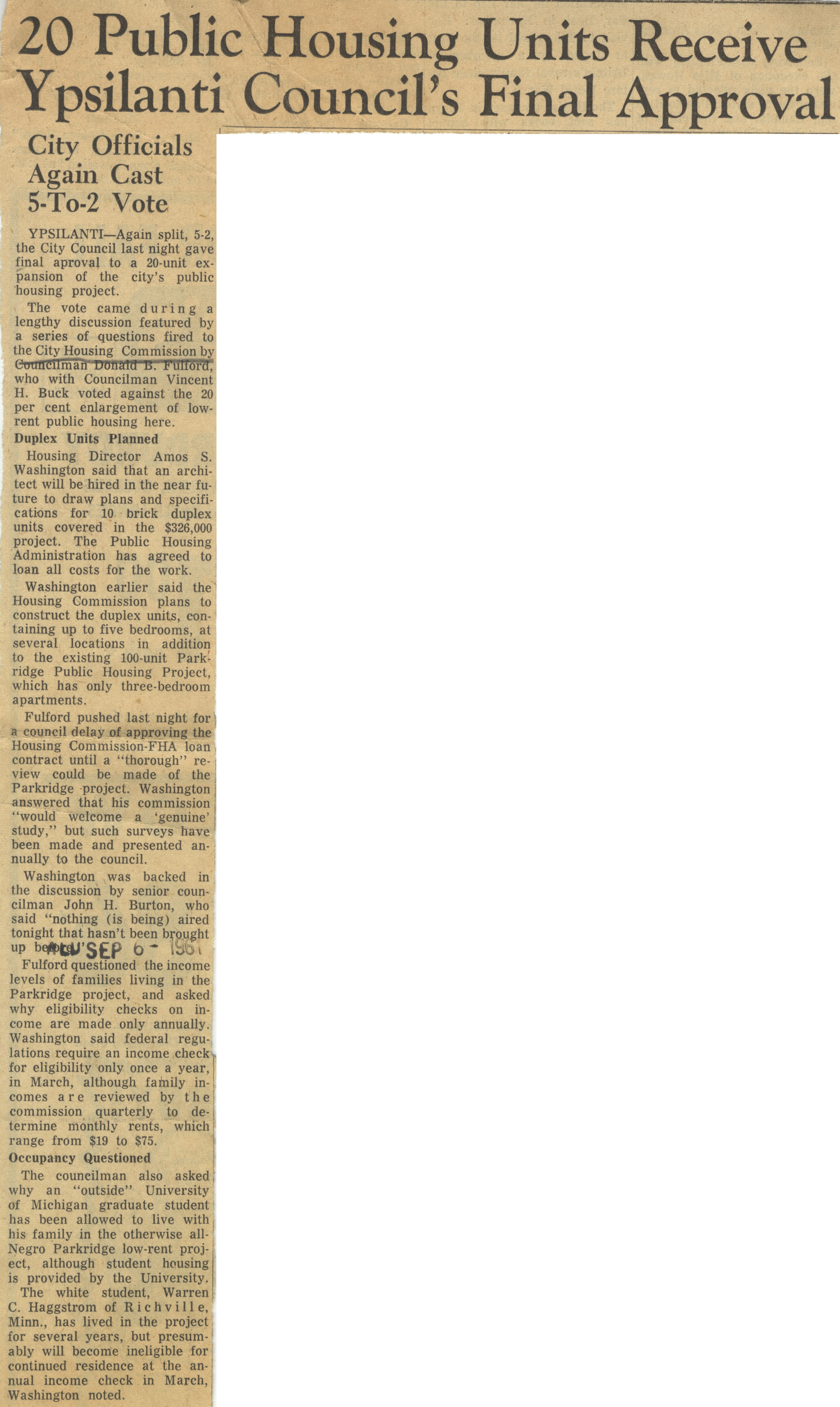 The vote came during a lengthy discussion featured by a series of questions fired to the City Housing Commission by Councilman Donald B. Fulford, who with Councilman Vincent H. Buck voted against the 20 per cent enlargement of low-rent public housing here.

Housing Director Amos S. Washington said that an architect will be hired in the near future to draw plans and specifications for 10 brick duplex units covered in the $326,000 project. The Public Housing Administration has agreed to loan all costs for the work.

Washington earlier said the Housing Commission plans to construct the duplex units, containing up to five bedrooms, at several locations in addition to the existing 100-unit Parkridge Public Housing Project, which has only three-bedroom apartments.

Fulford pushed last night for a council delay of approving the Housing Commission-FHA loan contract until a “thorough” review could be made of the Parkridge project. Washington answered that his commission “would welcome a ‘genuine' study,” but such surveys have been made and presented annually to the council.

Washington was backed in the discussion by senior councilman John H. Burton, who said “nothing (is being) aired tonight that hasn’t been brought up before.

Fulford questioned the income levels of families living in the Parkridge project, and asked why eligibility checks on income are made only annually. Washington said federal regulations require an income check for eligibility only once a year, in March, although family incomes are reviewed by the commission quarterly to determine monthly rents, which range from $19 to $75.

The councilman also asked; why an “outside” University of Michigan graduate student has been allowed to live with his family in the otherwise all-Negro Parkridge low-rent project, although student housing is provided by the University.

The white student, Warren C. Haggstrom of Richville, Minn., has lived in the project for several years, but presumably will become ineligible for continued residence at the annual income check in March, Washington noted.