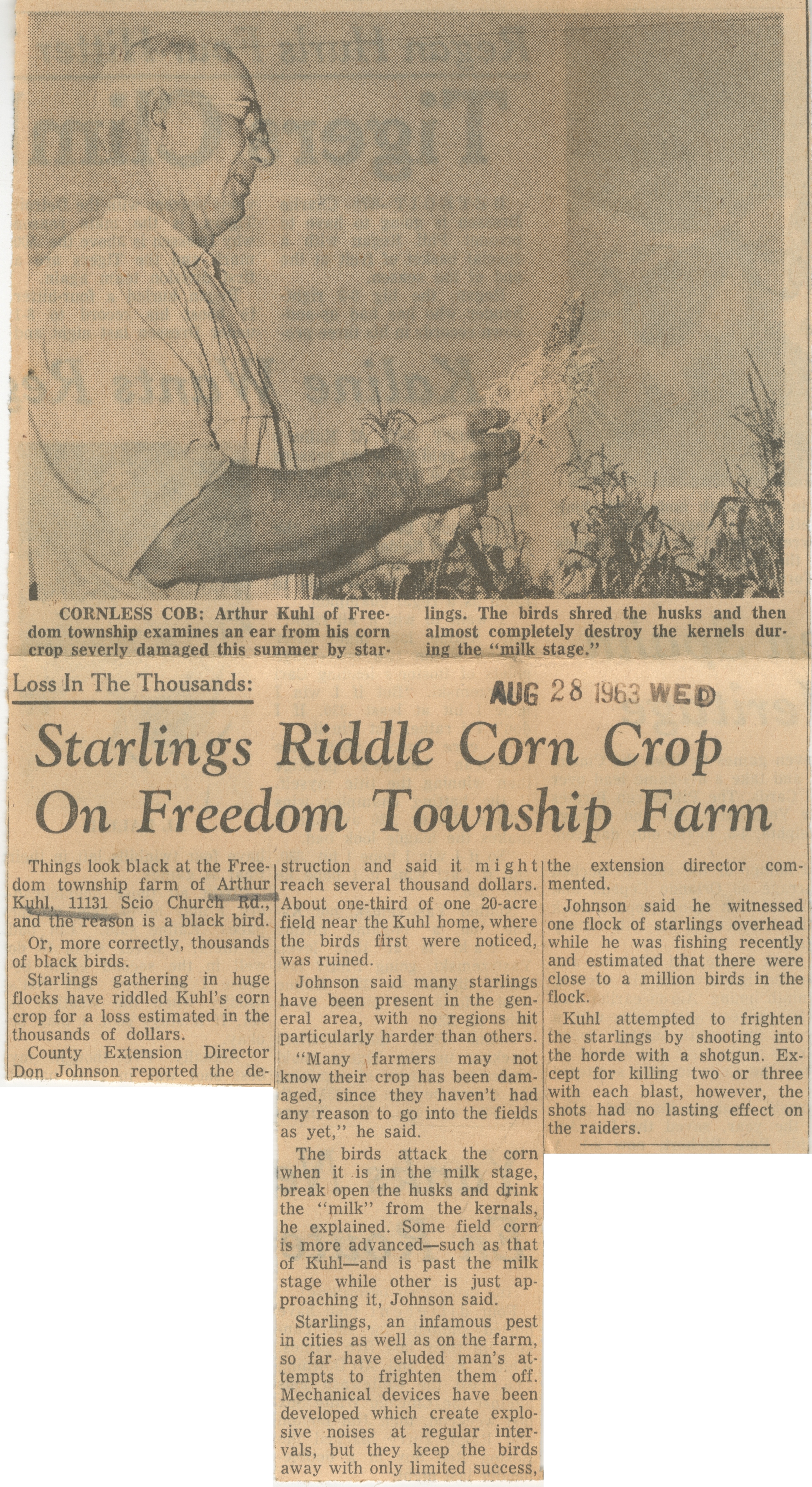 ﻿PHOTO: CORNLESS COB: Arthur Kuhl of Freedom township examines an ear from his corn crop severely damaged this summer by starlings. The birds shred the husks and then almost completely destroy the kernels during the “milk stage.”

Loss In The Thousands:

Things look black at the Freedom township farm of Arthur Kuhl, 11131 Scio Church Rd., and the reason is a black bird.

Starlings gathering in huge flocks have riddled Kuhl’s corn crop for a loss estimated in the thousands of dollars.

About one-third of one 20-acres field near the Kuhl home, where the birds first were noticed, was ruined.

Johnson said many starlings have been present in the general area, with no regions hit particularly harder than others.

“Many farmers may not know their crop has been damaged, since they haven’t had any reason to go into the fields as yet,” he said.

The birds attack the corn when it is in the milk stage, break open the husks and drink the “milk” from the kernels, he explained. Some field corn is more advanced—such as that of Kuhl—and is past the milk stage while other is just approaching it, Johnson said.

Starlings, an infamous pest in cities as well as on the farm, so far have eluded man’s attempts to frighten them off. Mechanical devices have been developed which create explosive noises at regular intervals, but they keep the birds away with only limited success, the extension director commented.

Johnson said he witnessed one flock of starlings overhead while he was fishing recently and estimated that there were close to a million birds in the flock.

Kuhl attempted to frighten the starlings by shooting into the horde with a shotgun. Except for killing two or three with each blast, however, the shots had no lasting effect on the raiders.