It's Great To Be A Champion 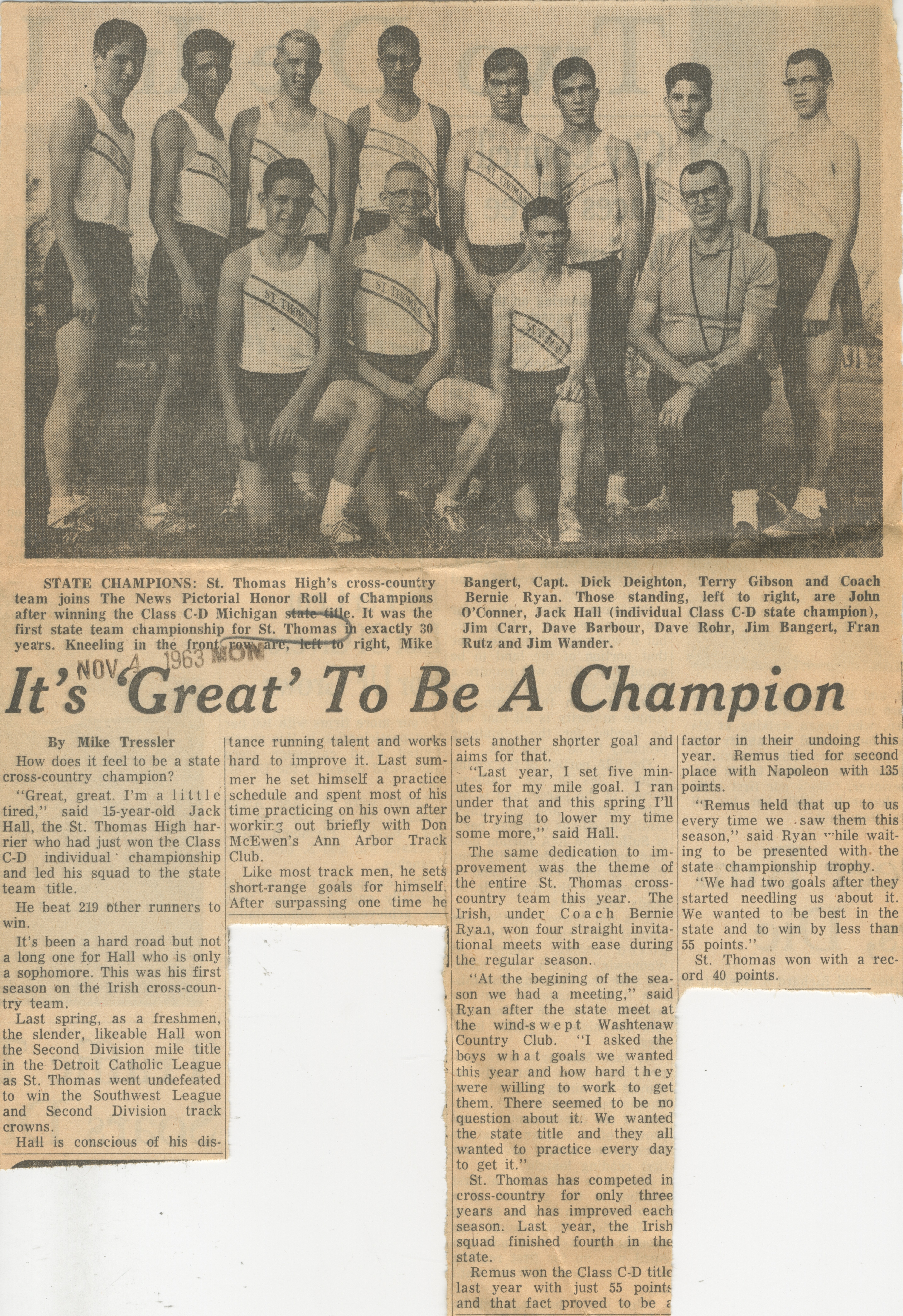 It’s 'Great' To Be A Champion

How does it feel to be a state cross-country champion?

It’s been a hard road but not a long one for Hall who is only a sophomore. This was his first season on the Irish cross-country team.

Hall is conscious of his distance running talent and works hard to improve it. Last summer he set himself a practice schedule and spent most of his time practicing on his own after working out briefly with Don McEwen’s Ann Arbor Track Club.

Like most track men, he sets short-range goals for himself. After surpassing one time he sets another shorter goal and aims for that.

“Last year, I set five minutes for my mile goal. I ran under that and this spring I’ll be trying to lower my time some more,” said Hall.

The same dedication to improvement was the theme of the entire St. Thomas cross-country team this year. The Irish, under Coach Bernie Ryan, won four straight invitational meets with ease during the regular season.

“At the beginning of the season we had a meeting,” said Ryan after the state meet at the wind-swept Washtenaw Country Club. “I asked the boys what goals we wanted this year and how hard they were willing to work to get them. There seemed to be no question about it. We wanted the state title and they all wanted to practice every day to get it.”

St. Thomas has competed in cross-country for only three years and has improved each season. Last year, the Irish squad finished fourth in the state.

Remus won the Class C-D title last year with just 55 points and that fact proved to be a factor in their undoing this year. Remus tied for second place with Napoleon with 135 points.

“Remus held that up to us every time we saw them this season,” said Ryan while waiting to be presented with the state championship trophy.

“We had two goals after they started needling us about it. We wanted to be best in the state and to win by less than 55 points.”