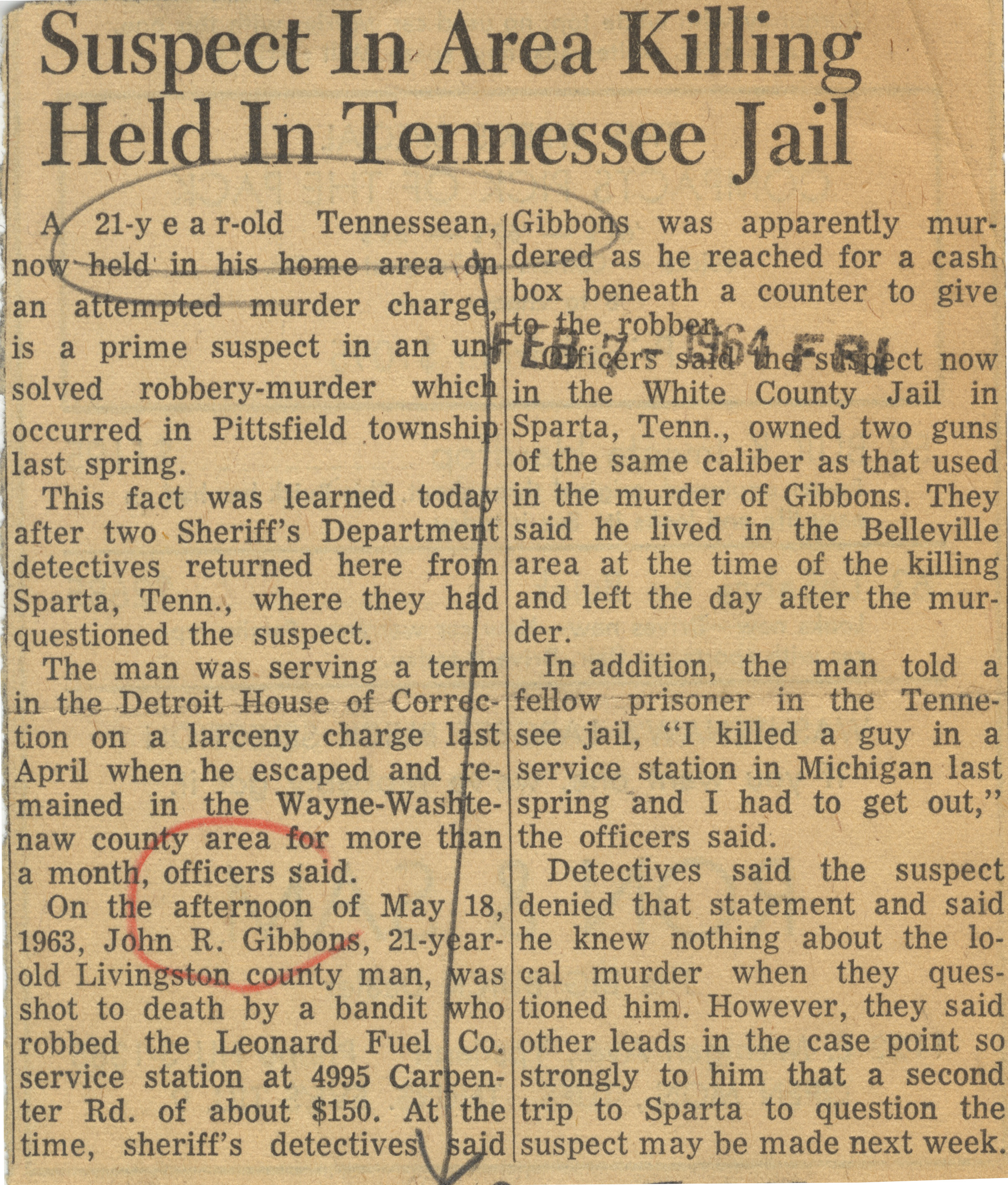 A 21-year-old Tennessean, now held in his home area on an attempted murder charge, is a prime suspect in an unsolved robbery-murder which occurred in Pittsfield township last spring.

This fact was learned today after two Sheriff’s Department detectives returned here from Sparta, Tenn., where they had questioned the suspect.

The man was serving a term in the Detroit House of Correction on a larceny charge last April when he escaped and remained in the Wayne-Washtenaw county area for more than a month, officers said.

On the afternoon of May 18, 1963, John R. Gibbons, 21-year-old Livingston county man, was shot to death by a bandit who robbed the Leonard Fuel Co. service station at 4995 Carpenter Rd. of about $150. At the time, sheriff’s detectives said Gibbons was apparently murdered as he reached for a cash box beneath a counter to give to the robber.

Officers said the suspect now in the White County Jail in Sparta, Tenn., owned two guns of the same caliber as that used in the murder of Gibbons. They said he lived in the Belleville area at the time of the killing and left the day after the murder.

In addition, the man told a fellow prisoner in the Tennessee jail, “I killed a guy in a service station in Michigan last spring and I had to get out,” the officers said.

Detectives said the suspect denied that statement and said he knew nothing about the local murder when they questioned him. However, they said other leads in the case point so strongly to him that a second trip to Sparta to question the suspect may be made next week.