'U' Worms Graduate To TV 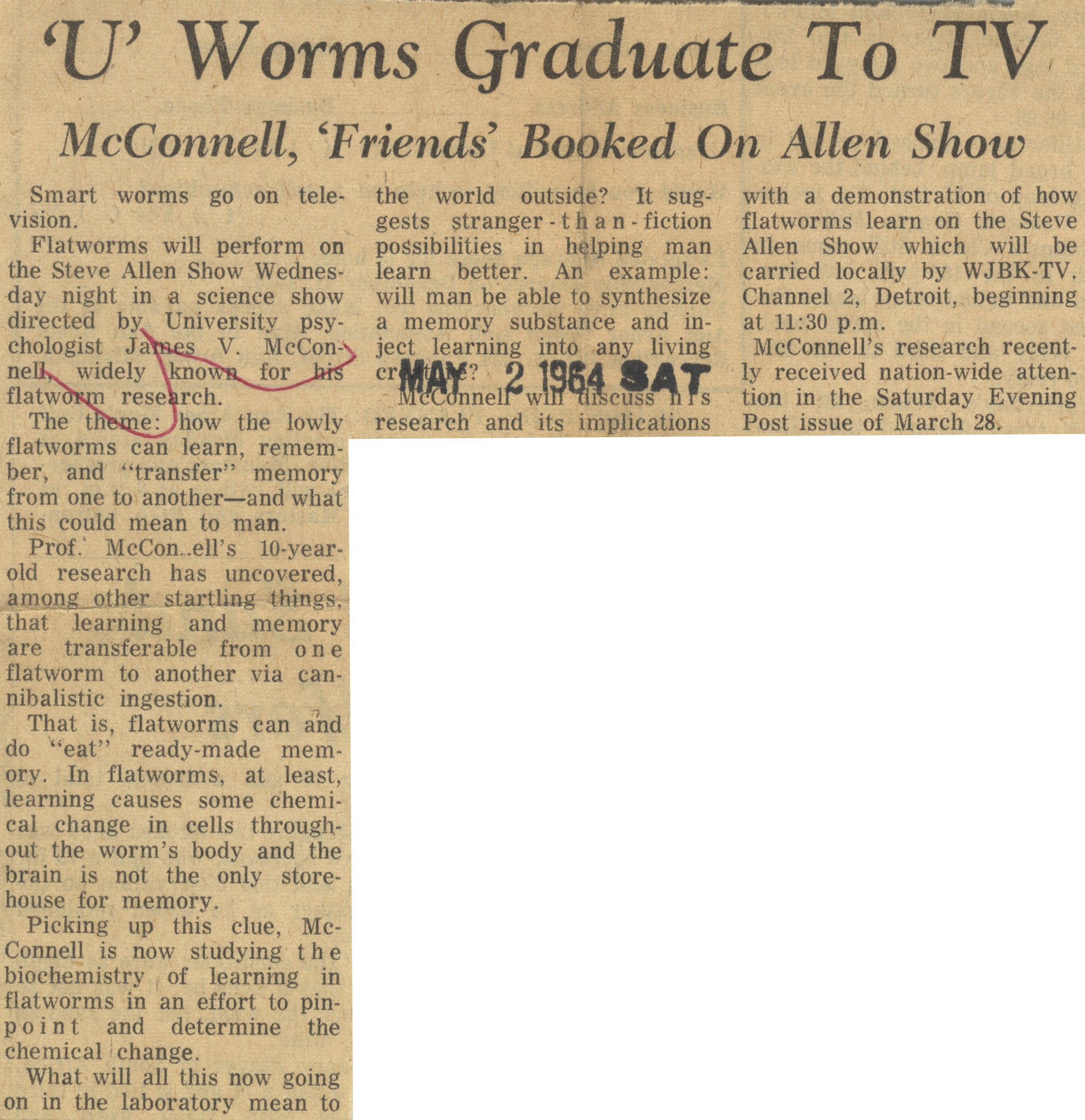 ﻿‘U' Worms Graduate To TV

The theme:  how the lowly flatworms can learn, remember, and “transfer” memory from one to another—and what this could mean to man.

Prof. McConnell’s 10-year-old research has uncovered, among other startling things, that learning and memory are transferable from one flatworm to another via cannibalistic ingestion.

That is, flatworms can and do “eat” ready-made memory. In flatworms, at least, learning causes some chemical change in cells throughout the worm’s body and the brain is not the only storehouse for memory.

Picking up this clue, McConnell is now studying the biochemistry of learning in flatworms in an effort to pin-point and determine the chemical change.

What will all this now going on in the laboratory mean to the world outside? It suggests stranger -than- fiction possibilities in helping man learn better. An example: will man be able to synthesize a memory substance and inject learning into any living creature?

McConnell will discuss his research and its implications with a demonstration of how flatworms learn on the Steve Allen Show which will be carried locally by WJBK-TV, Channel 2, Detroit, beginning at 11:30 p.m.