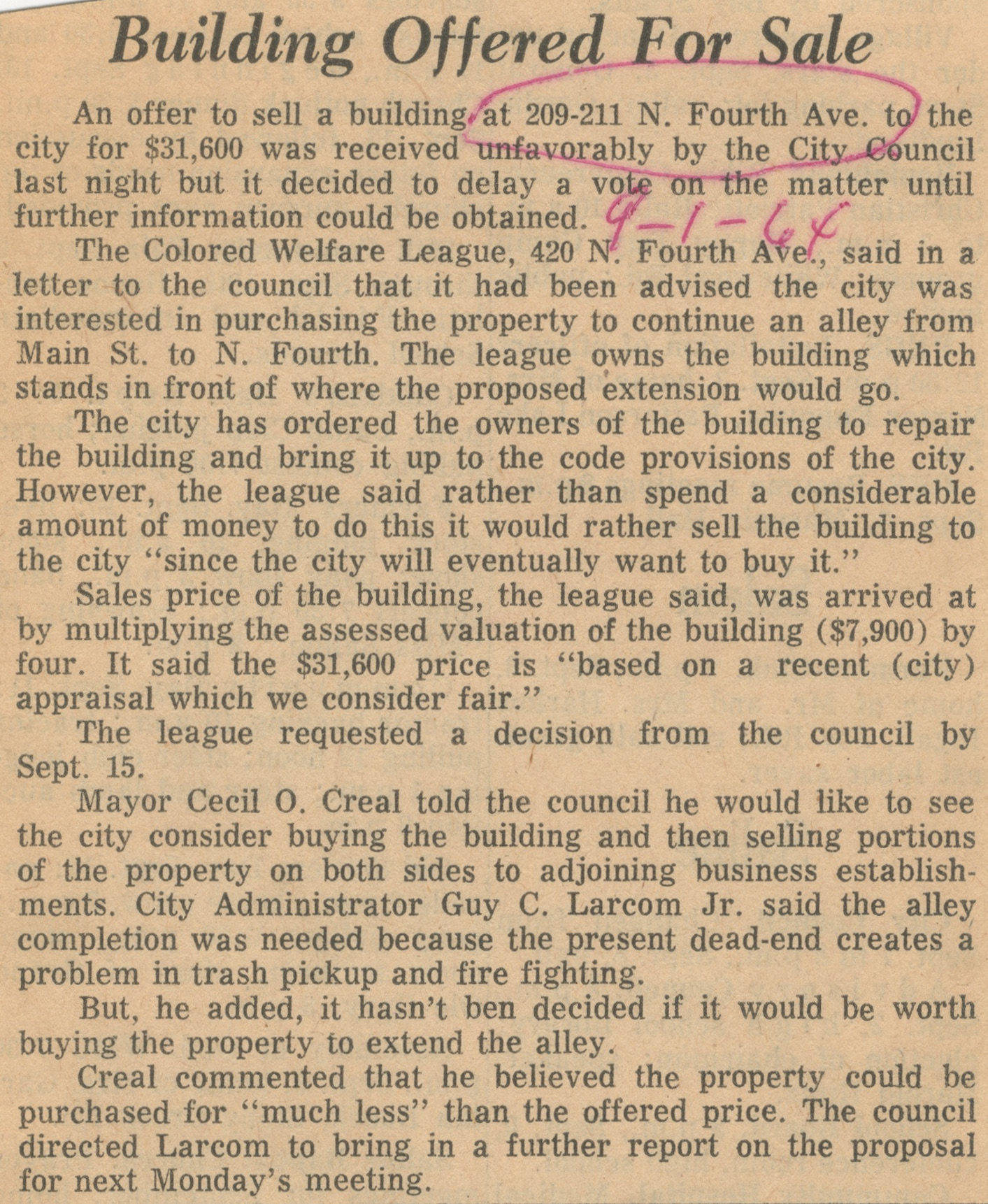 An offer to sell a building at 209-211 N. Fourth Ave. to the city for $31,600 was received unfavorably by the City Council last night but it decided to delay a vote on the matter until further information could be obtained.

The Colored Welfare League, 420 N. Fourth Ave., said in a letter to the council that it had been advised the city was interested in purchasing the property to continue an alley from Main St. to N. Fourth. The league owns the building which stands in front of where the proposed extension would go.

The city has ordered the owners of the building to repair the building and bring it up to the code provisions of the city. However, the league said rather than spend a considerable amount of money to do this it would rather sell the building to the city “since the city will eventually want to buy it.”

Sales price of the building, the league said, was arrived at by multiplying the assessed valuation of the building ($7,900) by four. It said the $31,600 price is “based on a recent (city) appraisal which we consider fair.”

The league requested a decision from the council by Sept. 15.

Mayor Cecil O. Creal told the council he would like to see the city consider buying the building and then selling portions of the property on both sides to adjoining business establishments. City Administrator Guy C. Larcom Jr. said the alley completion was needed because the present dead-end creates a problem in trash pickup and fire fighting.

But. he added, it hasn’t been decided if it would be worth buying the property to extend the alley.

Creal commented that he believed the property could be purchased for “much less” than the offered price. The council directed Larcom to bring in a further report on the proposal for next Monday’s meeting.