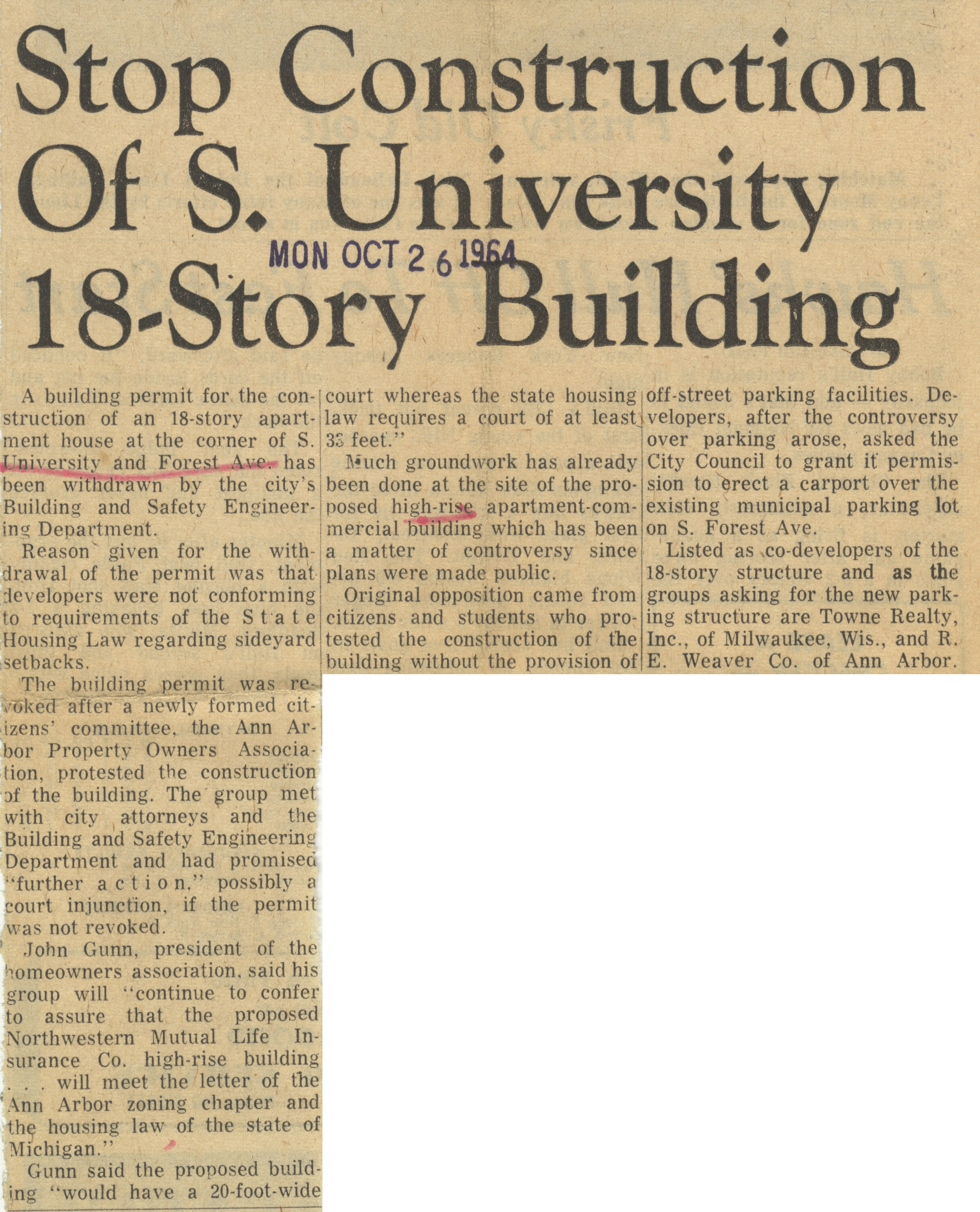 ﻿Stop Construction<br><br>Of S. University 18-Story building<br><br>A building permit for the construction of an 18-storv apartment house at the corner of S. University and Forest .Awe-.- has been withdrawn by the city's Building and Safety Engineering Department.<br><br>Reason' given for the withdrawal of the permit was that developers were not conforming to requirements of the State Housing Law regarding sideyard setbacks.<br><br>The building permit was revoked after a newly formed citizens' committee, the Ann Arbor Property Owners Association, protested the construction of the building. The group met with city attorneys and the Building and Safety Engineering Department and had promised ■further actio n.” possibly a court injunction, if the permit<br><br>I court whereas the state housing) off-street parking facilities. Delaw requires a court of at least i velopers, after the controversy 3S feet.” over parking arose, asked the<br><br>Much groundwork has already City Council to grant it' permission to erect a carport over the existing municipal parking lot on S. Forest Ave.<br><br>Listed as ,co-developers of the 18-story structure and as the<br><br>| been done at the site of the pro-J posed high-nag, apartment-com-Imercial btiilding which has been a matter of controversy since plans were made public.<br><br>Original opposition came from groups asking for the new park-<br><br>| citizens and students who protested the construction of the ! building without the provision of<br><br>ing structure are Towne Realty, Inc., of Milwaukee. Wis., and R. E. Weaver Co. of Ann Arbor.<br><br>was not revoked.<br><br>John Gunn, president of the homeowners association, said his group will '‘continue to confer to assure that the proposed Northwestern Mutual Life Insurance Co. high-rise building . . . will meet the letter of the Ann Arbor zoning chapter and thp housing law of the state of Michigan.”<br><br>Gunn said the proposed building “would have a 20-foot-wide