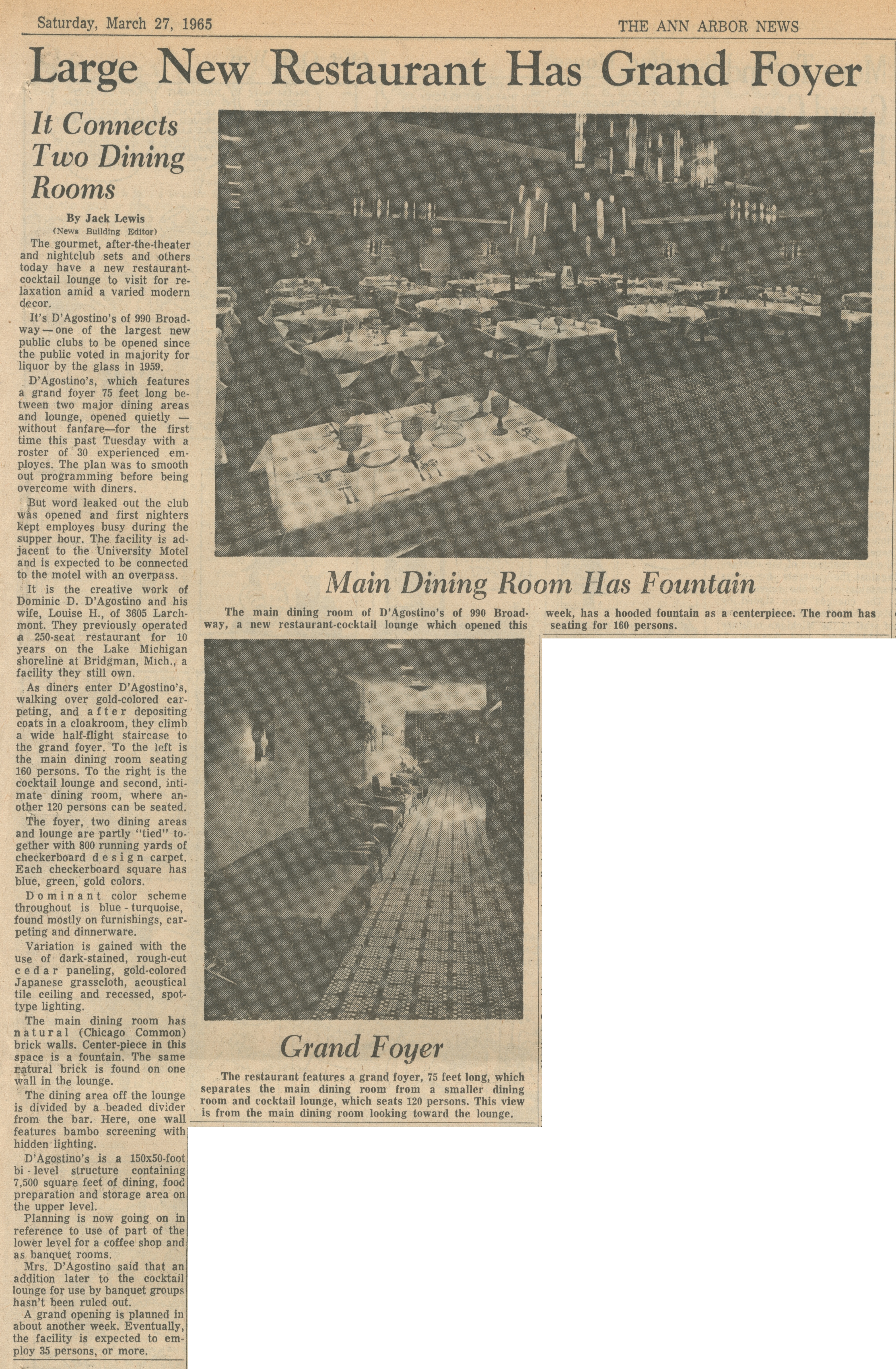 It Connects Two Dining Rooms
By Jack Lewis
(News Building Editor)
The gourmet, after-the-theater and nightclub sets and others today have a new restaurant-cocktail lounge to visit for relaxation amid a varied modern decor.
It's D'Agostino's of 990 Broadway - one of the largest new public clubs to be opened since the public voted in majority for liquor by the glass in 1959.
D'Agostino's, which features a grand foyer 75 feet long between two major dining areas and lounge, opened quietly - without fanfar - for the first time this past Tuesday with a roster of 30 experienced employes. The plan was to smooth out programming before being overcome with diners.
But word leaked out the club was opened and first nighters kept employes busy during the supper hour. The facility is adjacent to the University Motel and is expected to be connected to the motel with an overpass.
It is the creative work of Dominic D. D'Agostino and his wife, Louise H., of 3605 Larchmont. They previously operated a 250-seat restaurant for 10 years on the Lake Michigan shoreline at Bridgman, Mich., a facility they still own.