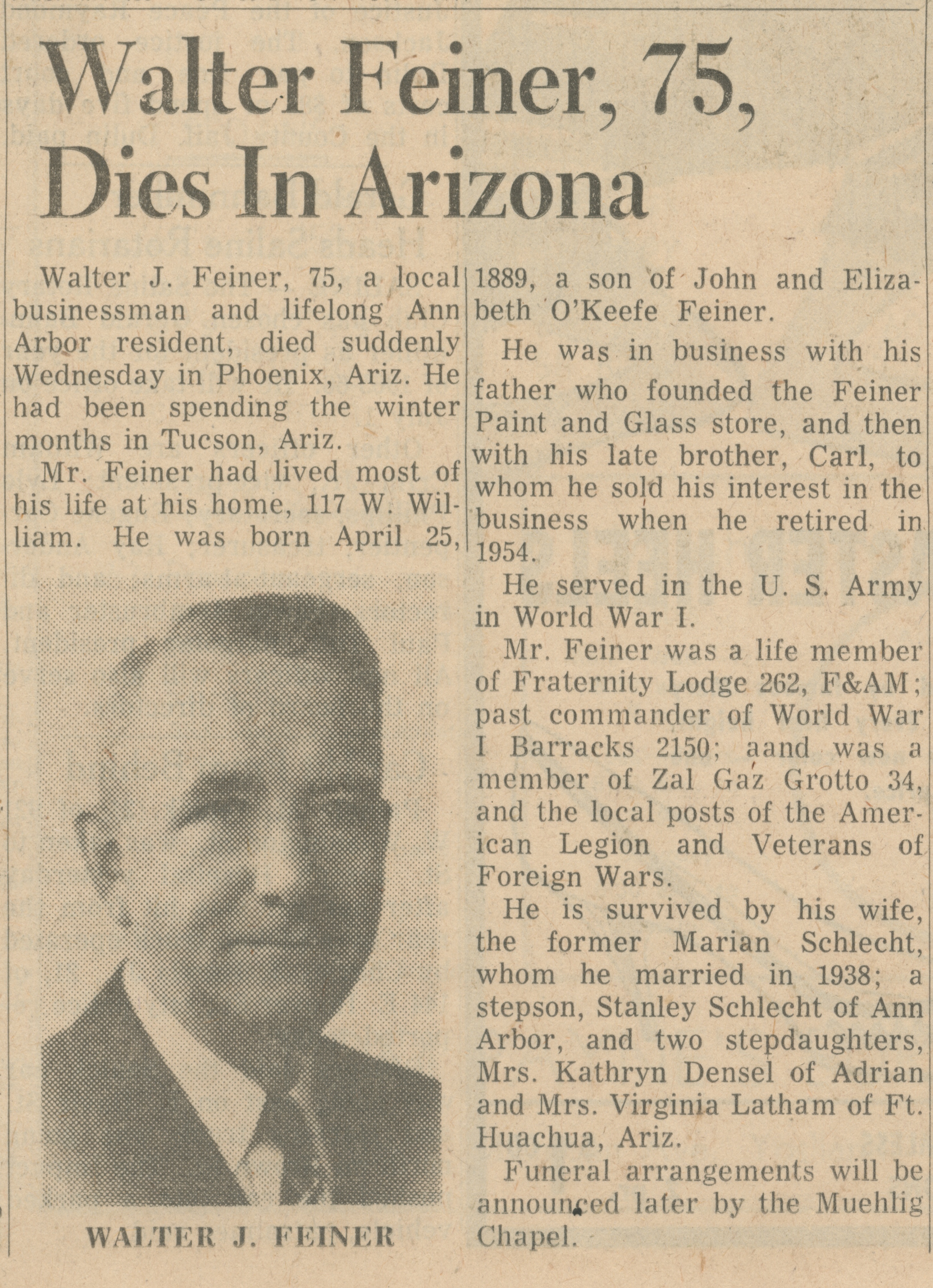 Walter J. Feiner, 75, a local businessman and lifelong Ann Arbor resident, died suddenly Wednesday in Phoenix, Ariz. He had been spending the winter months in Tucson, Ariz.
Mr. Feiner had lived most of his life at his home, 117 W. William. He was born April 25, 1889, a son of John and Elizabeth O'Keefe Feiner.
He was in business with his father who founded the Feiner Paint and Glass store, and then with his late brother, Carl, to whom he sold his interest in the business when he retired in 1954.
He served in the U. S. Army in World War I.
Mr. Feiner was a life member of Fraternity Lodge 262, F&AM; past commander of World War I Barracks 2150; and was a member of Zal Gaz Grotto 34, and the local posts of the American Legion and Veterans of Foreign Wars.
He is survived by his wife, the former Marian Schlecht, who he married in 1938; a stepson, Stanley Schlecht of Ann Arbor, and two stepdaughters, Mrs. Kathryn Densel of Adrian and Mrs. Virginia Latham of Ft. Huachua, Ariz.
Funeral arrangements will be announced later by the Muehlig Chapel.