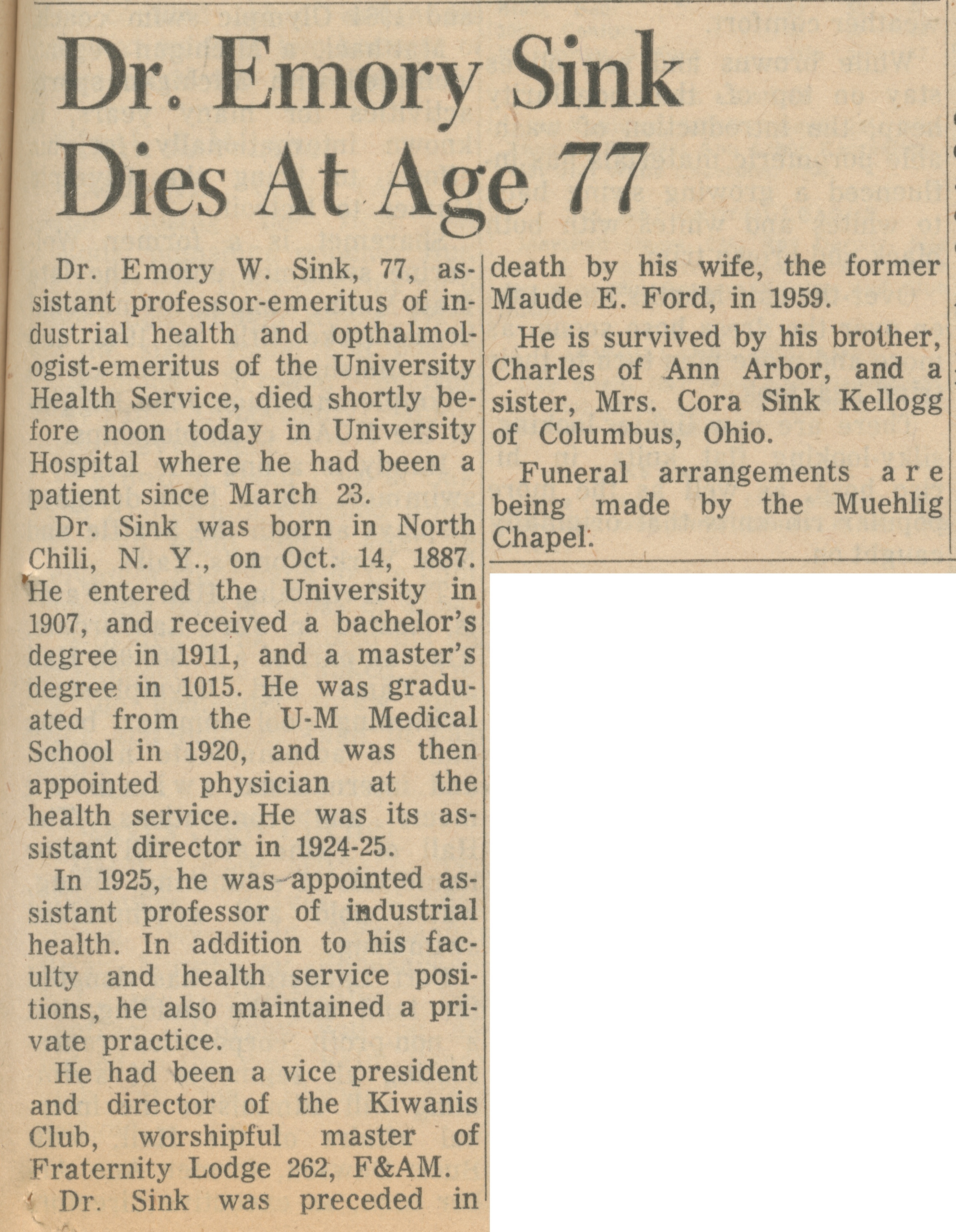 Dr. Emory W. Sink, 77, assistant professor-emeritus of industrial health and opthalmologist-emeritus of the University Health Service, died shortly before noon today in University Hospital where he had been a patient since March 23.
Dr. Sink was born in North Chili, N. Y., on Oct. 14, 1887. He entered the University in 1907, and received a bachelor's degree in 1911, and a master's degree in 1015. He was graduated from the U-M Medical School in 1920, and was then appointed a physician at the health service. He was its assistant director in 1924-25.
In 1925, he was appointed assistant professor of industrial health. In addition to his faculty and health service positions, he also maintained a private practice.
He had been vice president and director of the Kiwanis Club, worshipful master of Fraternity Lodge 262, F&AM.
Dr. Sink was preceded in death by his wife, the former Maude E. Ford, in 1959.
He is survived by his brother, Charles of Ann Arbor, and a sister, Mrs. Cora Sink Kellogg of Columbus, Ohio.
Funeral arrangements are being made by the Muehlig Chapel.