World Fair Set At 'U' 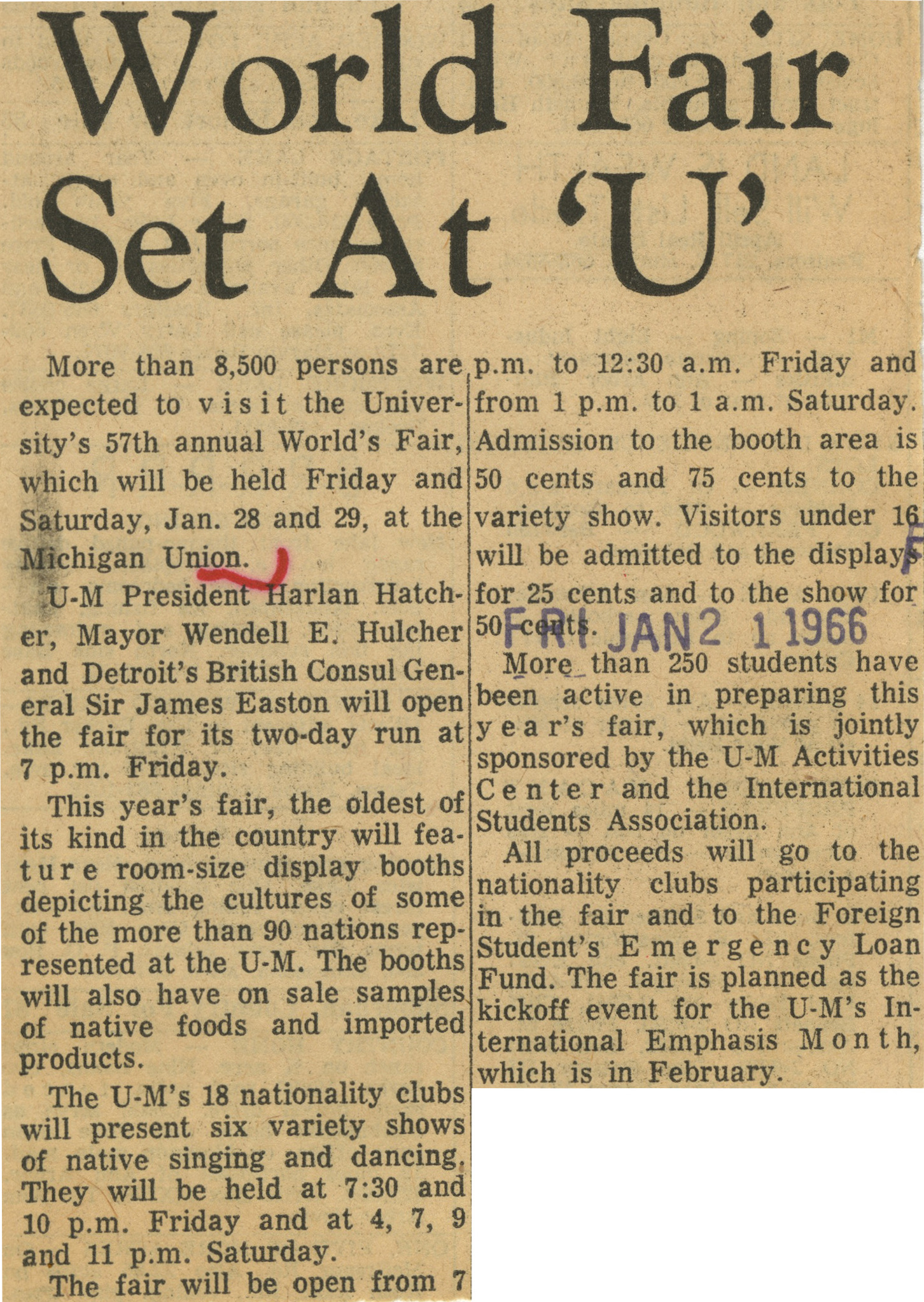 More than 8,500 persons are expected to visit the University’s 57th annual World’s Fair, which will be held Friday and Saturday, Jan. 28 and 29, at the Michigan Union.

This year’s fair, the oldest of its kind in the country will feature room-size display booths depicting the cultures of some of the more than 90 nations represented at the U-M. The booths will also have on sale samples of native foods and imported products.

More than 250 students have been active in preparing this year’s fair, which is jointly sponsored by the U-M Activities Center and the International Students Association.

All proceeds will go to the nationality clubs participating in the fair and to the Foreign Student’s Emergency Loan Fund. The fair is planned as the kickoff event for the U-M’s International Emphasis Month, which is in February.