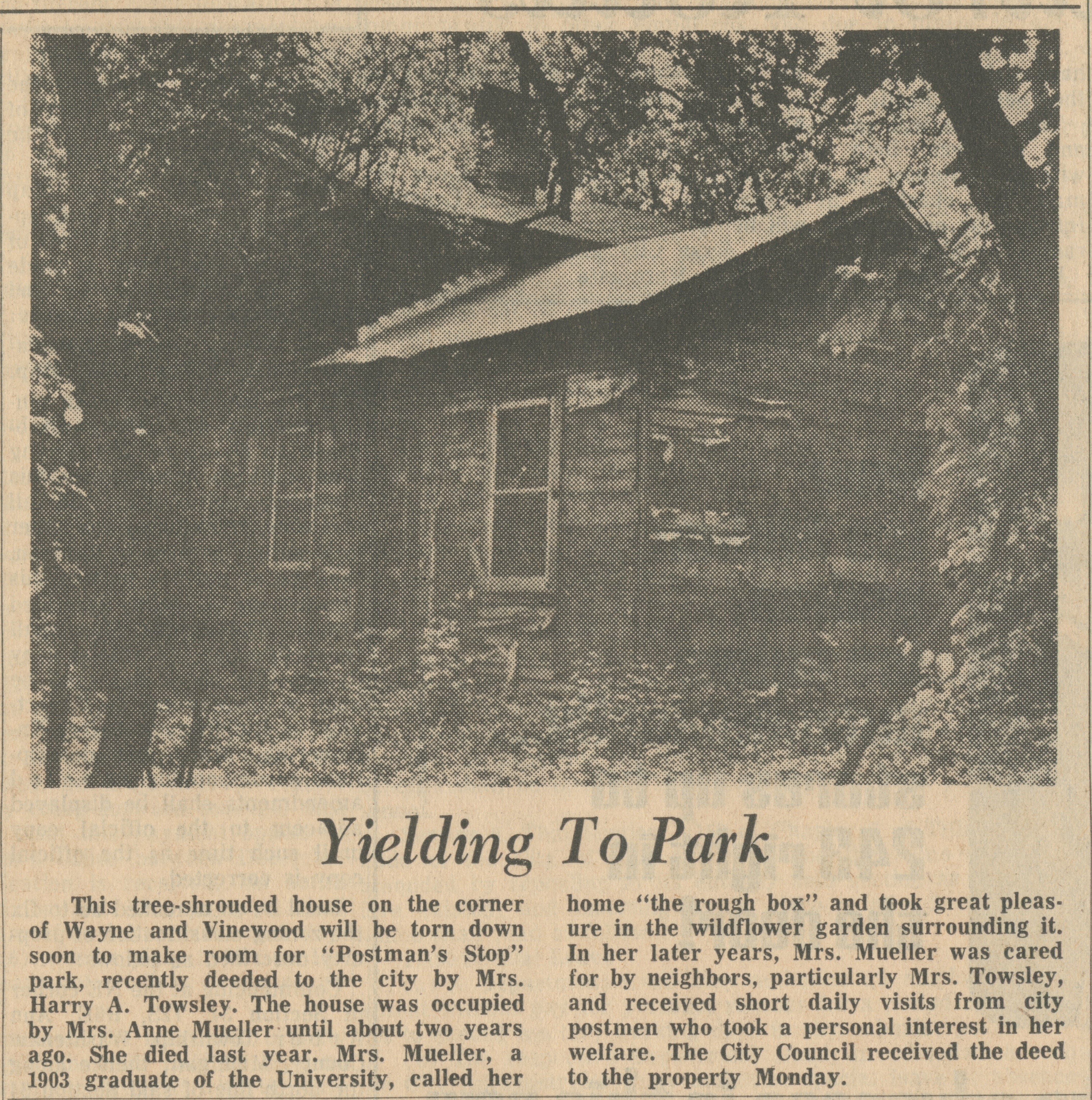 Yielding To Park. This tree-shrouded house on the corner of Wayne and Vinewood will be torn down soon to make room for "Postman's Stop" park, recently deeded to the city by Mrs. Harry A. Towsley. The house was occupied by Mrs. Anne Mueller until about two years ago. She died last year. Mrs. Mueller, a 1903 graduate of the University, called her home "the rough box" and took great pleasure in the wildflower garden surrounding it. In her later years, Mrs. Mueller was cared for by neighbors, particularly Mrs. Towsley, and received short daily visits from city postmen who took a personal interest in her welfare. The City Council received the deed to the property Monday.