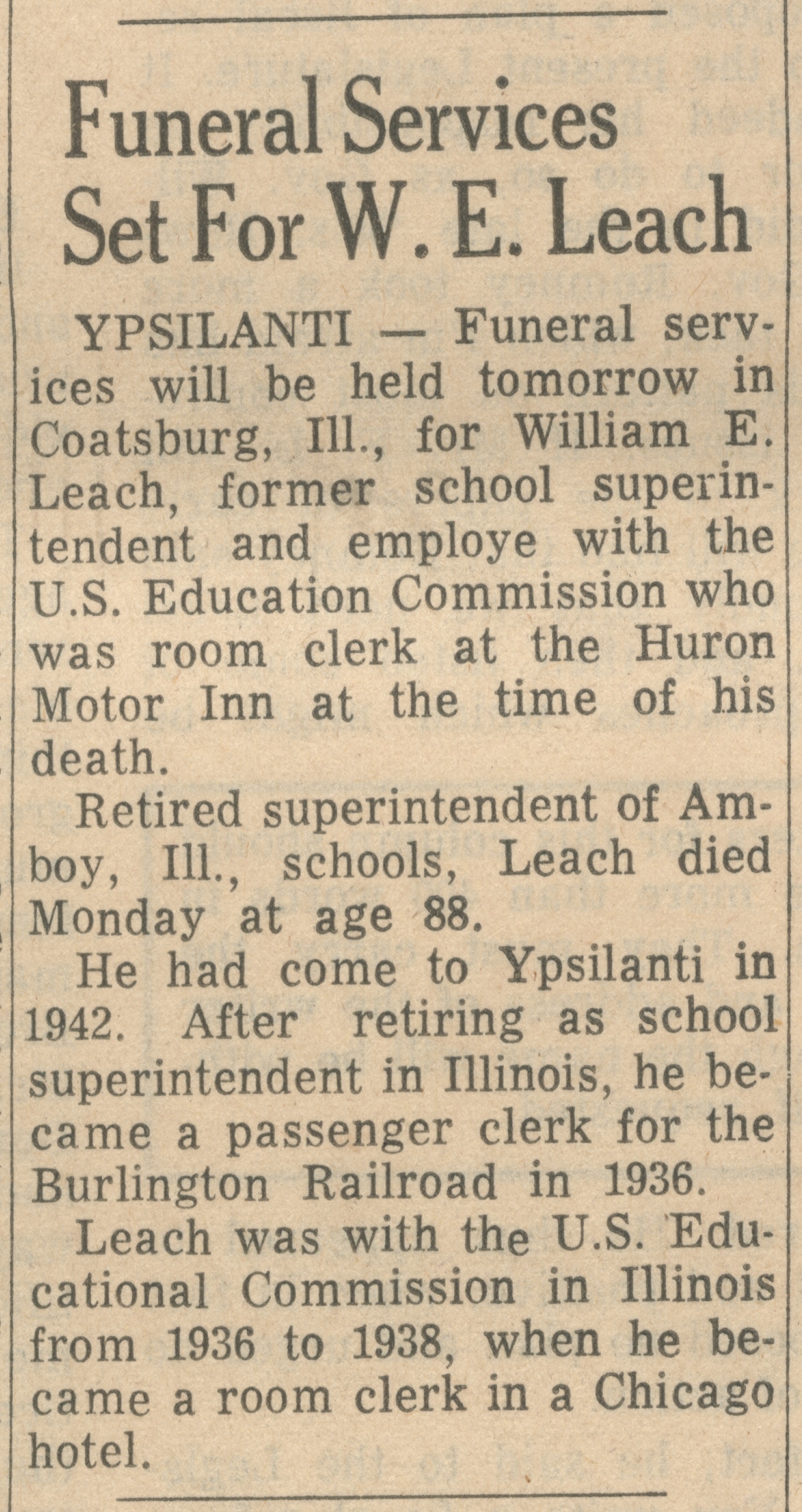 YPSILANTI - Funeral services will be held tomorrow in Coatsburg, Ill., for William E. Leach, former school superintendent and employe with the U.S. Education Commission who was room clerk at the Huron Motor Inn at the time of his death.

He had come to Ypsilanti in 1942. After retiring as school superintendent in Illinois, he became a passenger clerk for the Burlington Railroad in 1936.

Leach was with the U.S. Educational Commission in Illinois from 1936 to 1938, when he became a room clerk in a Chicago hotel.