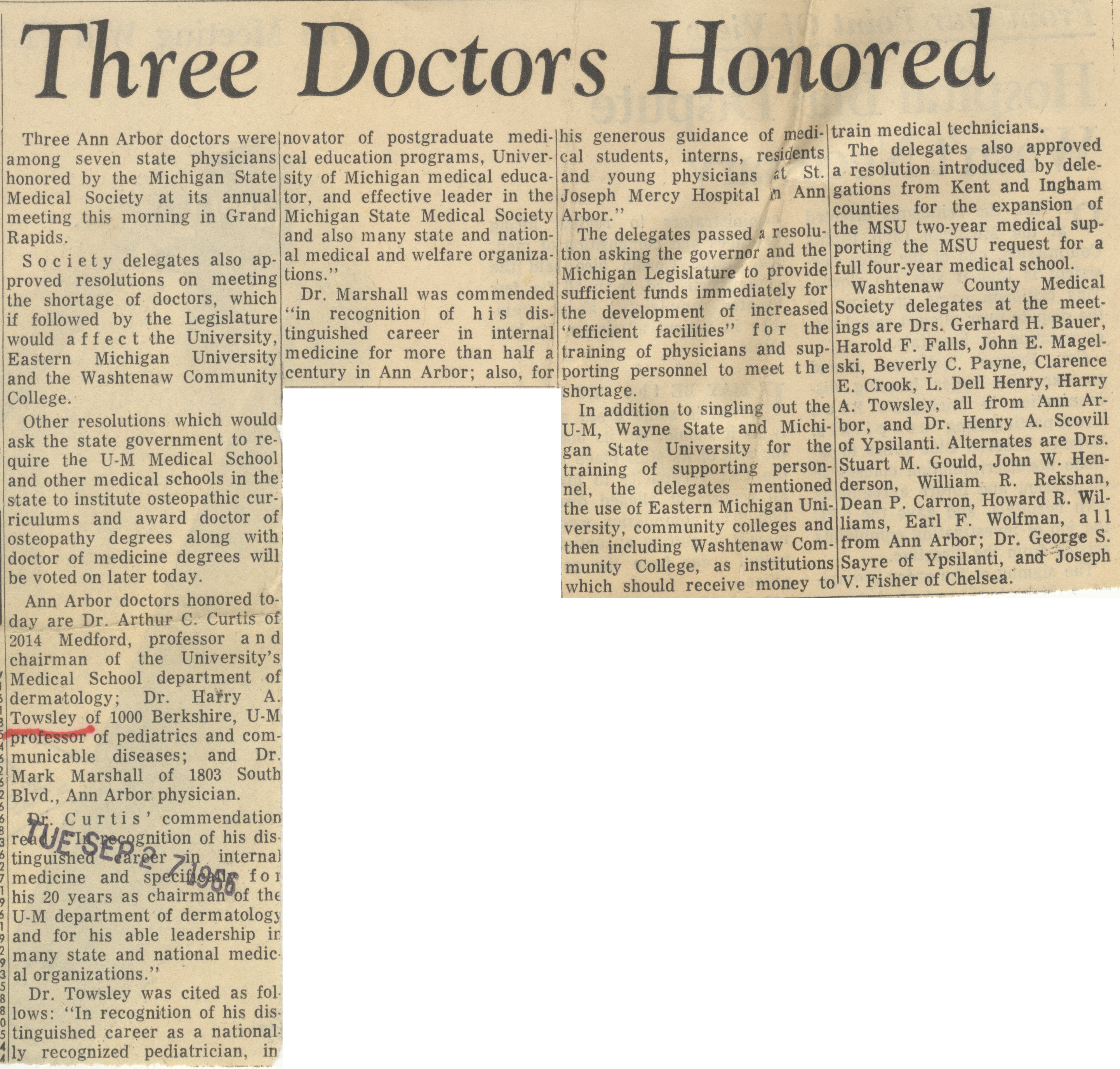 Three Ann Arbor doctors were among seven state physicians honored by the Michigan State Medical Society at its annual meeting this morning in Grand Rapids.

Society delegates also approved resolutions on meeting the shortage of doctors, which if followed by the Legislature would affect the University, Eastern Michigan University and the Washtenaw Community College.

Other resolutions which would ask the state government to require the U-M Medical School and other medical schools in the state to institute osteopathic curriculums and award doctor of osteopathy degrees along with doctor of medicine degrees will be voted on later today.

Dr. Curtis’ commendation read "In recognition of his distinguished career in internal medicine and specifically for his 20 years as chairman of the U-M department of dermatology and for his able leadership in many state and national medical organizations.”

Dr. Towsley was cited as follows: "In recognition of his distinguished career as a nationally recognized pediatrician, innovator of postgraduate medical education programs, University of Michigan medical educator, and effective leader in the Michigan State Medical Society and also many state and national medical and welfare organizations.”

Dr. Marshall was commended “in recognition of his distinguished career in internal medicine for more than half a century in Ann Arbor; also, for his generous guidance of medical students, interns, residents and young physicians at St. Joseph Mercy Hospital of Ann Arbor."

The delegates passed a resolution asking the governor and the Michigan Legislature to provide sufficient funds immediately for the development of increased "efficient facilities" for the training of physicians and supporting personnel to meet the shortage.

In addition to singling out the U-M, Wayne State and Michigan State University for the training of supporting personnel, the delegates mentioned the use of Eastern Michigan University, community colleges and then including Washtenaw Community College, as institutions which should receive money to train medical technicians.

The delegates also approved a resolution introduced by delegations from Kent and Ingham counties for the expansion of the MSU two-year medical supporting the MSU request for a full four-year medical school.