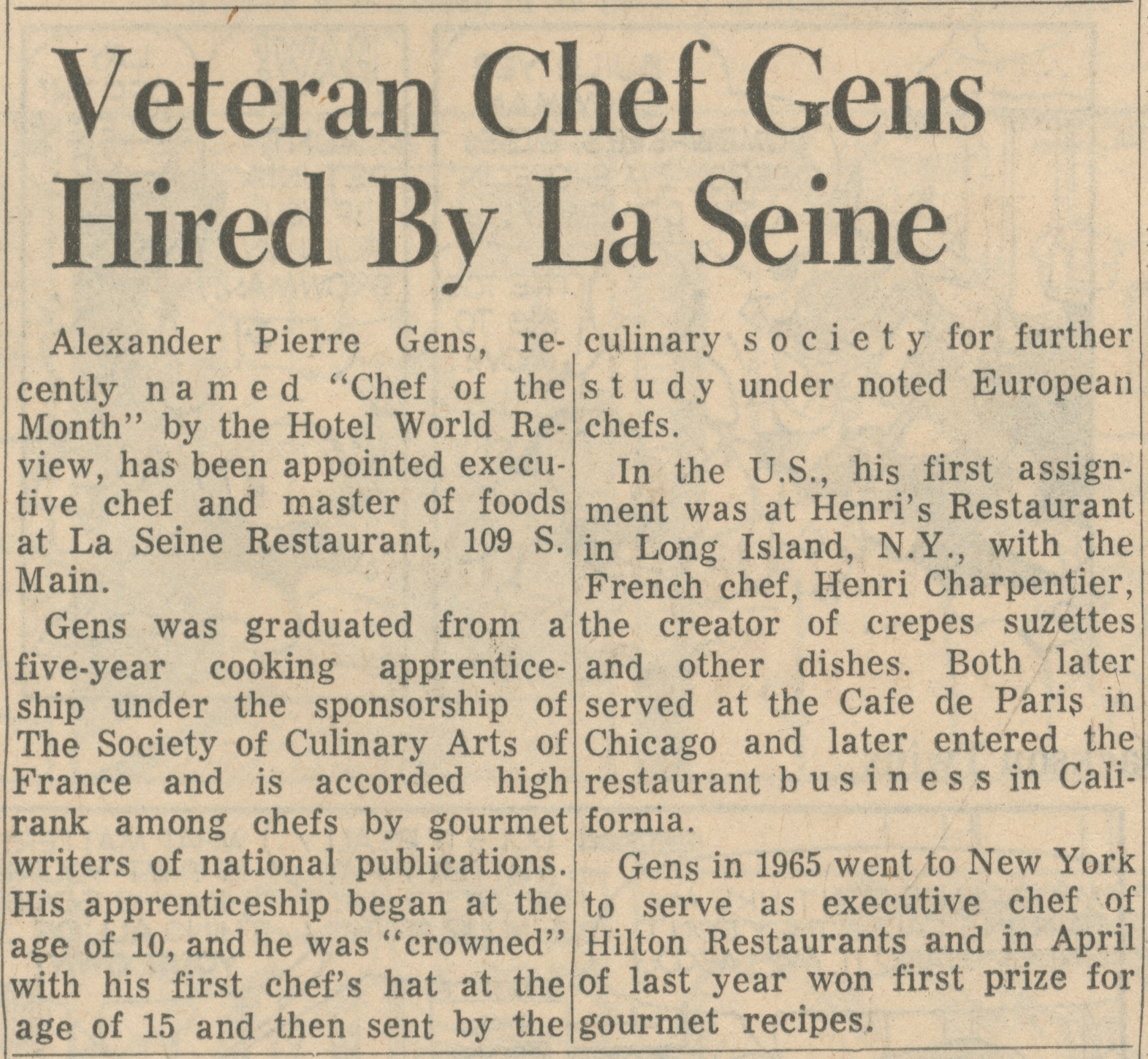 Alexander Pierre Gens, recently named "Chef of the Month" by the Hotel World Review, has been appointed executive chef and master of foods at La Seine Restaurant, 109 S. Main.
Gens was graduated from a five-year cooking apprenticeship under the sponsorship of The Society of Culinary Arts of France and is accorded high rank among chefs by gourmet writers of national publications. His apprenticeship began at the age of 10, and he was "crowned" with his first chef's hat at the age of 15 and then sent by the culinary society for further study under noted European chefs.
In the U.S., his first assignment was at Henri's Restaurant in Long Island, N.Y., with the French chef, Henri Charpentier, the creator of crepes suzettes and other dishes. Both later served at the Cafe de Paris in Chicago and later entered the restaurant business in California.
Gens in 1965 went to New York to serve as executive chef of Hilton Restaurants and in April of last year won first prize for gourmet recipes.