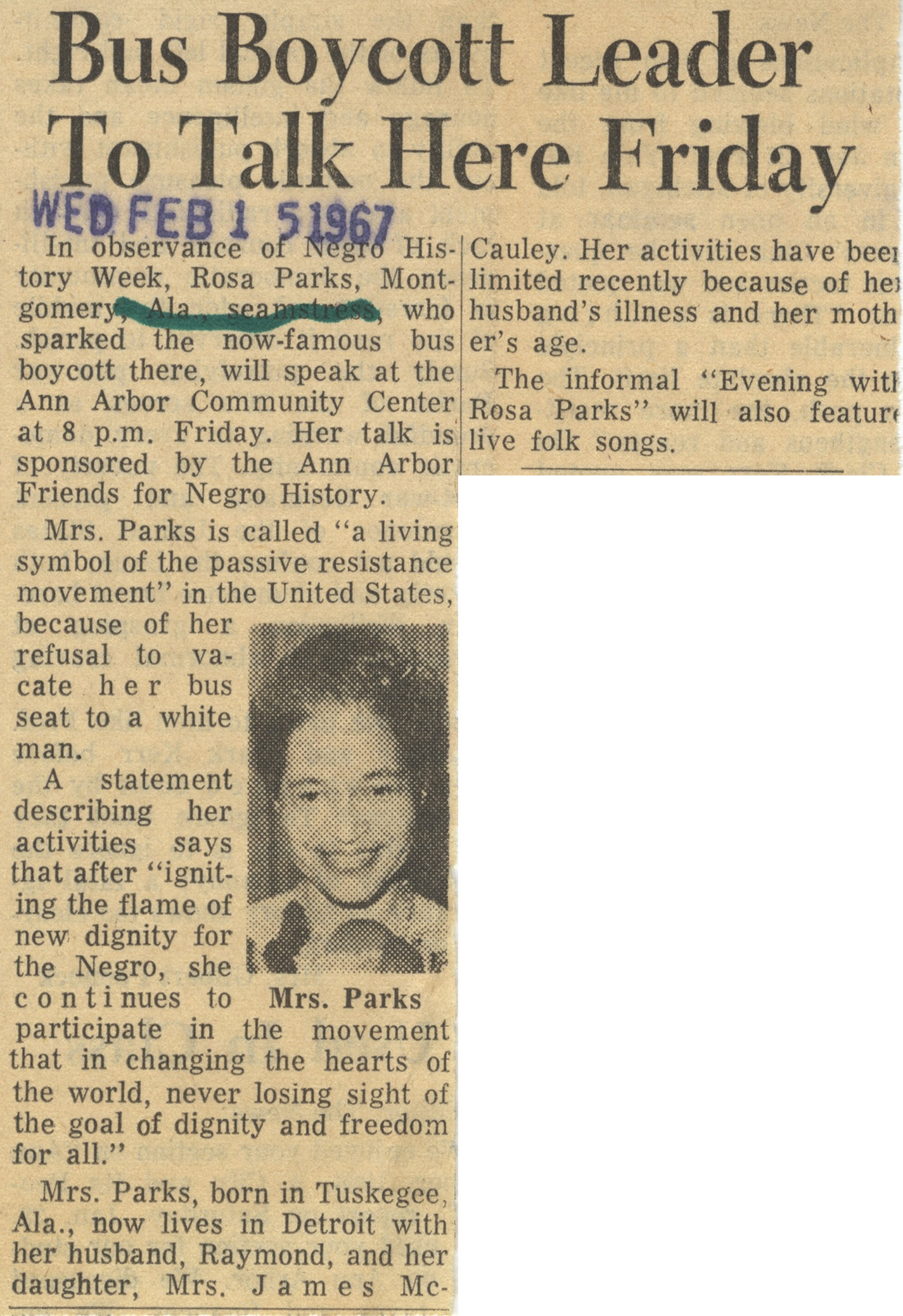 In observance of Negro History Week, Rosa Parks, Montgomery, Ala., seamstress who sparked the now-famous bus boycott there, will speak at the Ann Arbor Community Center at 8 p.m. Friday. Her talk is sponsored by the Ann Arbor Friends for Negro History.

Mrs. Parks is called “a living symbol of the passive resistance movement” in the United States, because of her refusal to vacate her bus seat to a white man.

A statement describing her activities says that after "igniting the flame of new dignity for the Negro, she continues to participate in the movement that in changing the hearts of the world, never losing sight of the goal of dignity and freedom for all."

Mrs. Parks, born in Tuskegee. Ala., now lives in Detroit with her husband, Raymond, and her daughter, Mrs. James McCauley. Her activities have been limited recently because of her husband’s illness and her mother’s age.