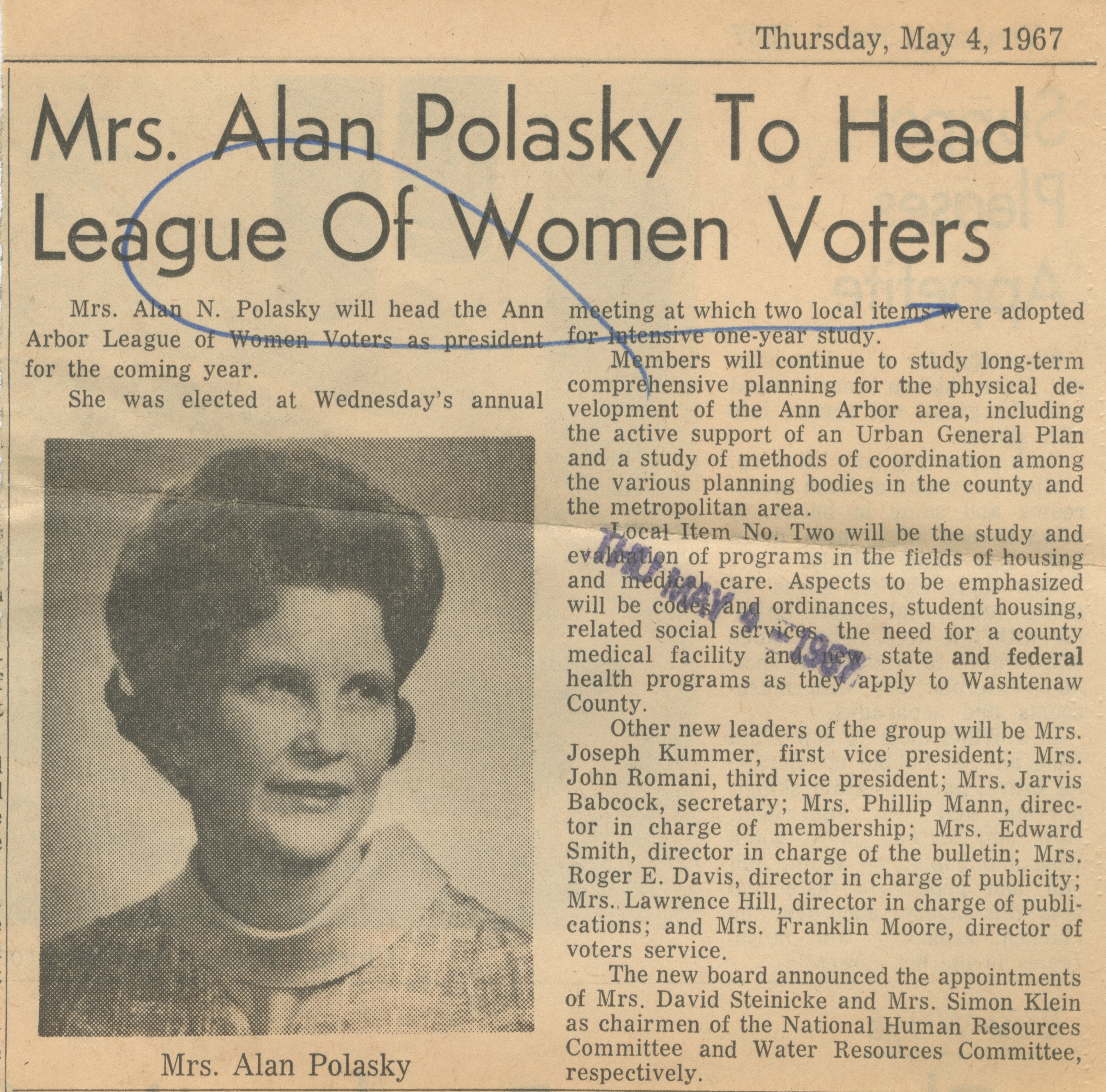 Mrs. Alan N. Polasky will head the Ann Arbor League of Women Voters as president for the coming year.

She was elected at Wednesday’s annual meeting at which two local items were adopted for intensive one-year study.

Members will continue to study long-term comprehensive planning for the physical development of the Ann Arbor area, including the active support of an Urban General Plan and a study of methods of coordination among the various planning bodies in the county and the metropolitan area.

Local Item No. Two will be the study and evaluation of programs in the fields of housing and medical care. Aspects to be emphasized will be codes and ordinances, student housing, related social services, the need for a county medical facility and new state and federal health programs as they apply to Washtenaw County.