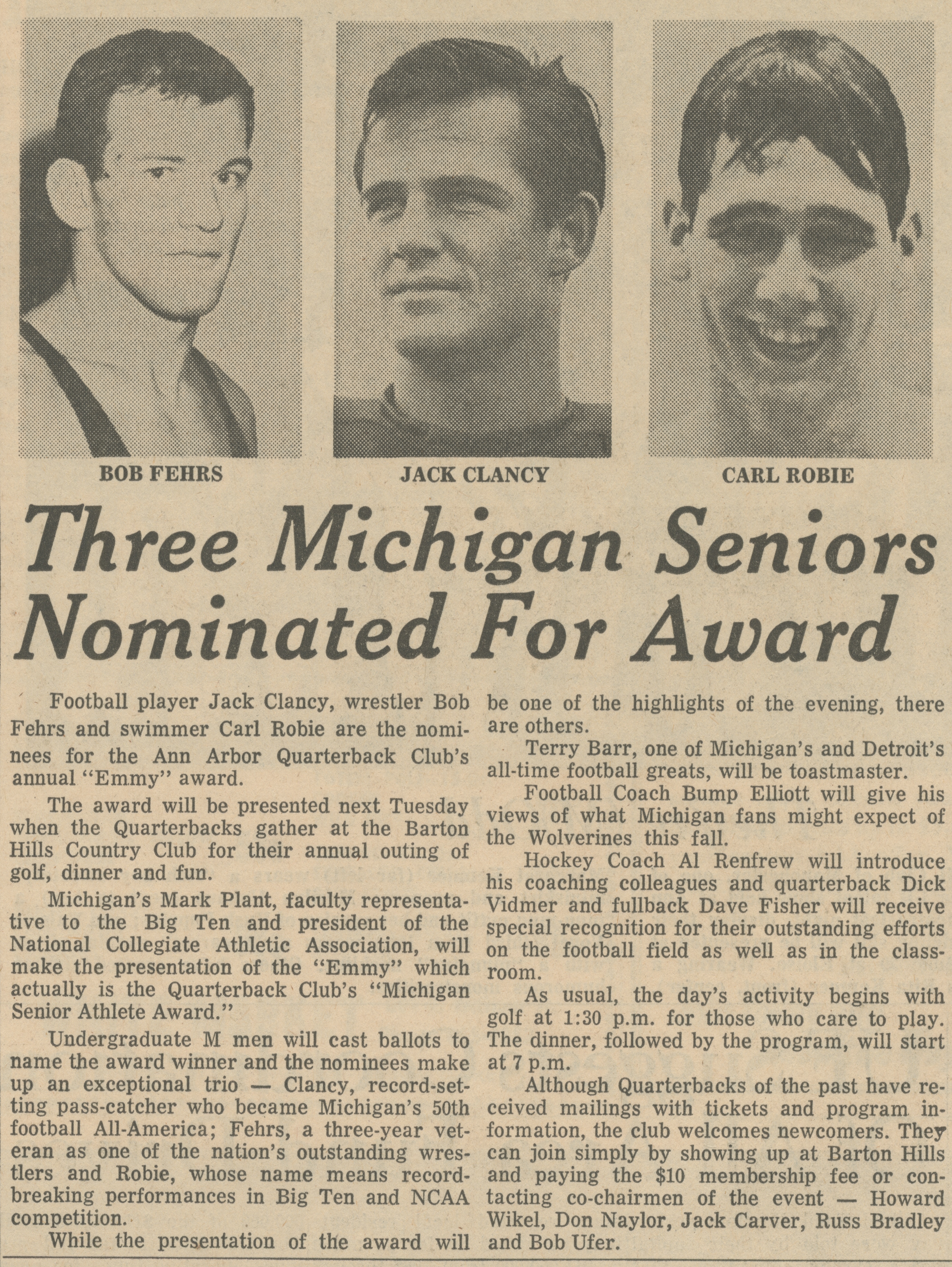 The award will be presented next Tuesday when the Quarterbacks gather at the Barton Hills Country Club for their annual outing of golf, dinner and fun.

Michigan’s Mark Plant, faculty representative to the Big Ten and president of the National Collegiate Athletic Association, will make the presentation of the “Emmy” which actually is the Quarterback Club’s “Michigan Senior Athlete Award.”

Undergraduate M men will cast ballots to name the award winner and the nominees make up an exceptional trio — Clancy, record-setting pass-catcher who became Michigan’s 50th football All-America; Fehrs, a three-year veteran as one of the nation’s outstanding wrestlers and Robie, whose name means record-breaking performances in Big Ten and NCAA competition.

While the presentation of the award will be one of the highlights of the evening, there are others.

Terry Barr, one of Michigan’s and Detroit’s all-time football greats, will be toastmaster.

Football Coach Bump Elliott will give his views of what Michigan fans might expect of the Wolverines this fall.

Hockey Coach Al Renfrew will introduce his coaching colleagues and quarterback Dick Vidmer and fullback Dave Fisher will receive special recognition for their outstanding efforts on the football field as well as in the classroom.

As usual, the day’s activity begins with golf at 1:30 p.m. for those who care to play. The dinner, followed by the program, will start at 7 p.m.

Although Quarterbacks of the past have received mailings with tickets and program information, the club welcomes newcomers. They can join simply by showing up at Barton Hills and paying the $10 membership fee or contacting co-chairmen of the event — Howard Wikel, Don Naylor, Jack Carver, Russ Bradley and Bob Ufer.