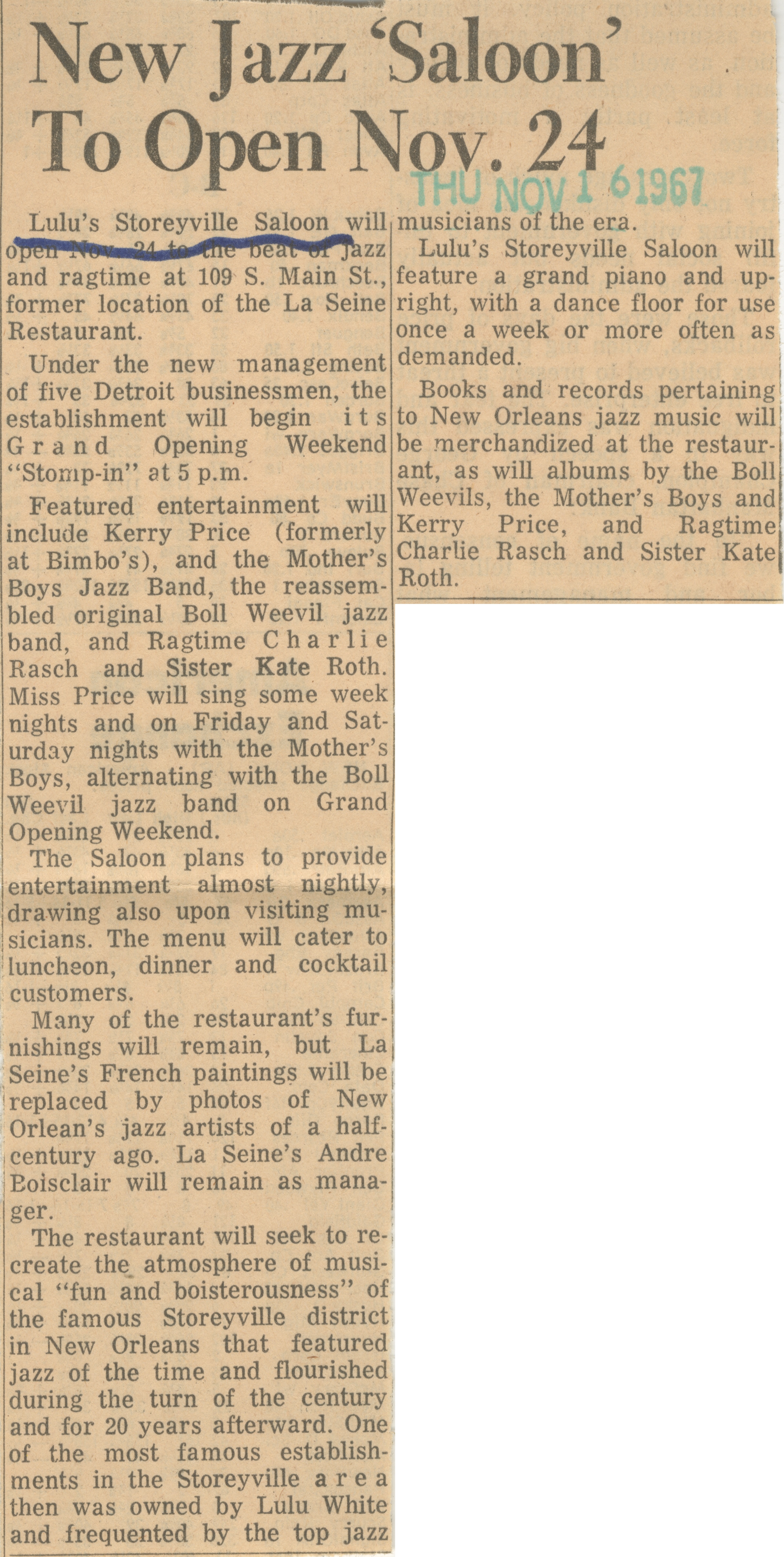 Lulu’s Storeyville Saloon will open Nov. 24 to the beat of jazz and ragtime at 109 S. Main St., former location of the La Seine Restaurant.

Under the new management of five Detroit businessmen, the establishment will begin its Grand Opening Weekend “Stomp-in” at 5 p.m.

The Saloon plans to provide entertainment almost nightly, drawing also upon visiting musicians. The menu will cater to luncheon, dinner and cocktail customers.

Many of the restaurant’s furnishings will remain, but La Seine’s French paintings will be replaced by photos of New Orlean’s jazz artists of a half-century ago. La Seine’s Andre Boisclair will remain as manager.

The restaurant will seek to recreate the atmosphere of musical “fun and boisterousness” of the famous Storeyville district in New Orleans that featured jazz of the time and flourished during the turn of the century and for 20 years afterward. One of the most famous establishments in the Storeyville area then was owned by Lulu White and frequented by the top jazz musicians of the era.

Lulu’s Storeyville Saloon will feature a grand piano and upright, with a dance floor for use once a week or more often as demanded.

Books and records pertaining to New Orleans jazz music will be merchandized at the restaurant, as will albums by the Boll Weevils, the Mother’s Boys and Kerry Price, and Ragtime Charlie Rasch and Sister Kate Roth.