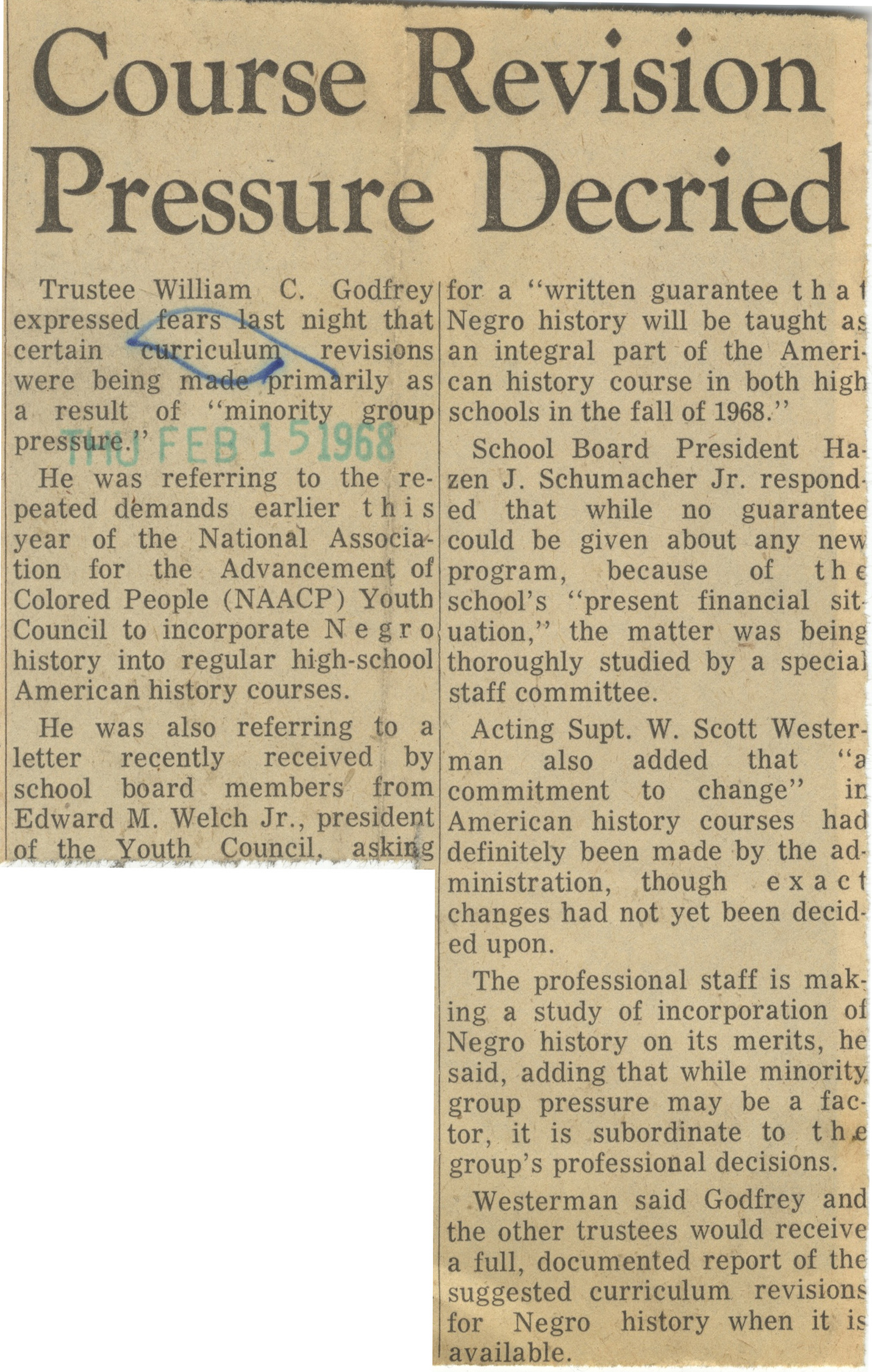 Trustee William C. Godfrey expressed fears last night that certain curriculum revisions were being made primarily as a result of "minority group pressure."

He was referring to the repeated demands earlier this year of the National Association for the Advancement of Colored People (NAACP) Youth Council to incorporate Negro history into regular high-school American history courses.

He was also referring to a letter recently received by school board members from Edward M. Welch Jr., president of the Youth Council, asking for a “written guarantee that  Negro history will be taught as an integral part of the American history course in both high schools in the fall of 1968.”

School Board President Hazen J. Schumacher Jr. responded that while no guarantee could be given about any new program, because of the school’s “present financial situation,” the matter was being thoroughly studied by a special staff committee.

Acting Supt. W. Scott Westerman also added that “a commitment to change” in American history courses had definitely been made by the administration, though exact changes had not yet been decided upon.

The professional staff is making a study of incorporation ol Negro history on its merits, he said, adding that while minority group pressure may be a factor, it is subordinate to the group’s professional decisions.

Westerman said Godfrey and the other trustees would receive a full, documented report of the suggested curriculum revisions for Negro history when it is available.