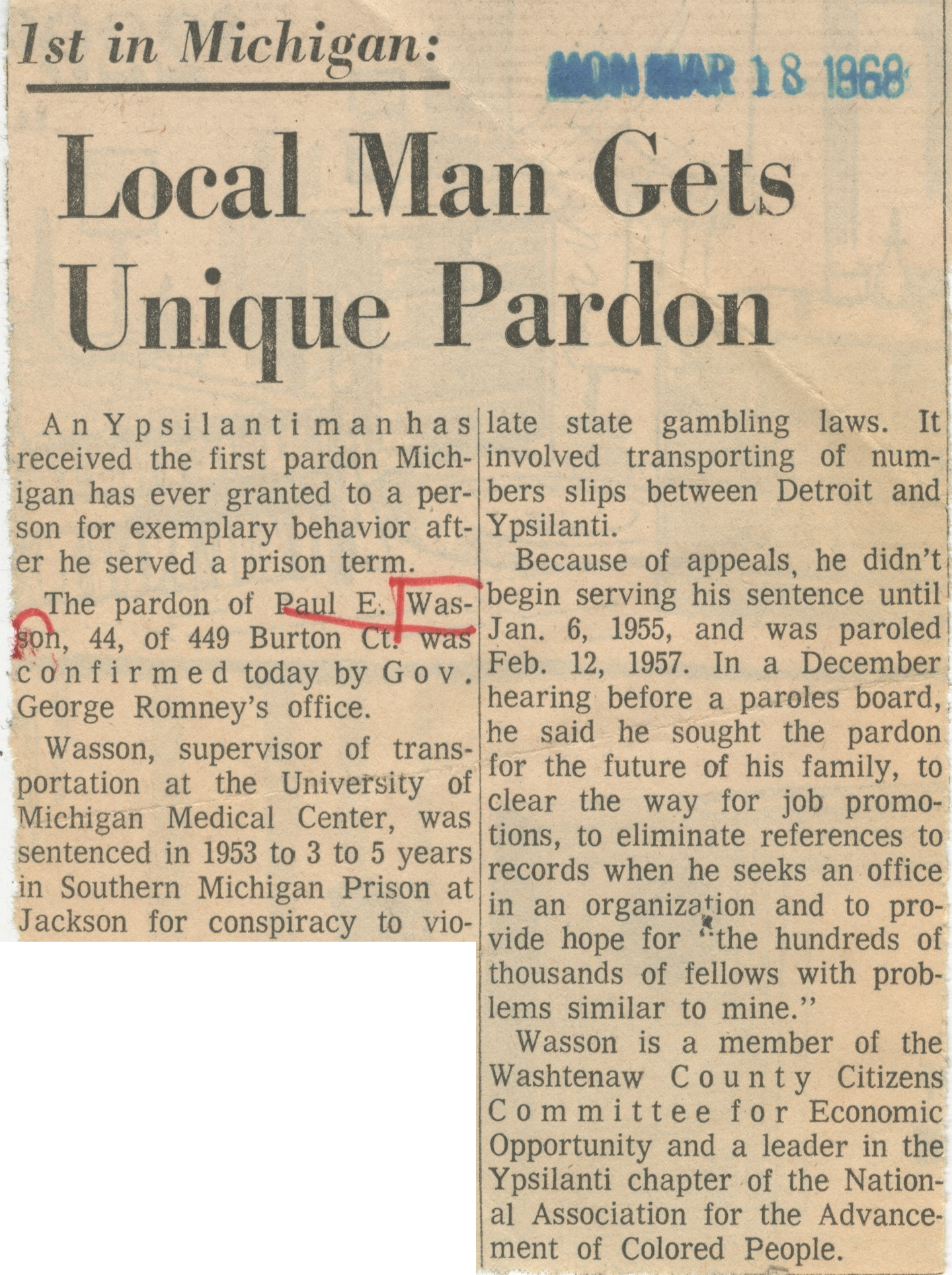 An Ypsilanti man has received the first pardon Michigan has ever granted to a person for exemplary behavior after he served a prison term.

Wasson, supervisor of transportation at the University of Michigan Medical Center, was sentenced in 1953 to 3 to 5 years in Southern Michigan Prison at Jackson for conspiracy to vio-

Because of appeals, he didn’t begin serving his sentence until Jan. 6, 1955, and was paroled Feb. 12, 1957. In a December hearing before a paroles board, he said he sought the pardon for the future of his family, to clear the way for job promotions, to eliminate references to records when he seeks an office in an organization and to provide hope for "the hundreds of thousands of fellows with problems similar to mine.”

Wasson is a member of the Washtenaw County Citizens Committee for Economic Opportunity and a leader in the Ypsilanti chapter of the National Association for the Advancement of Colored People.