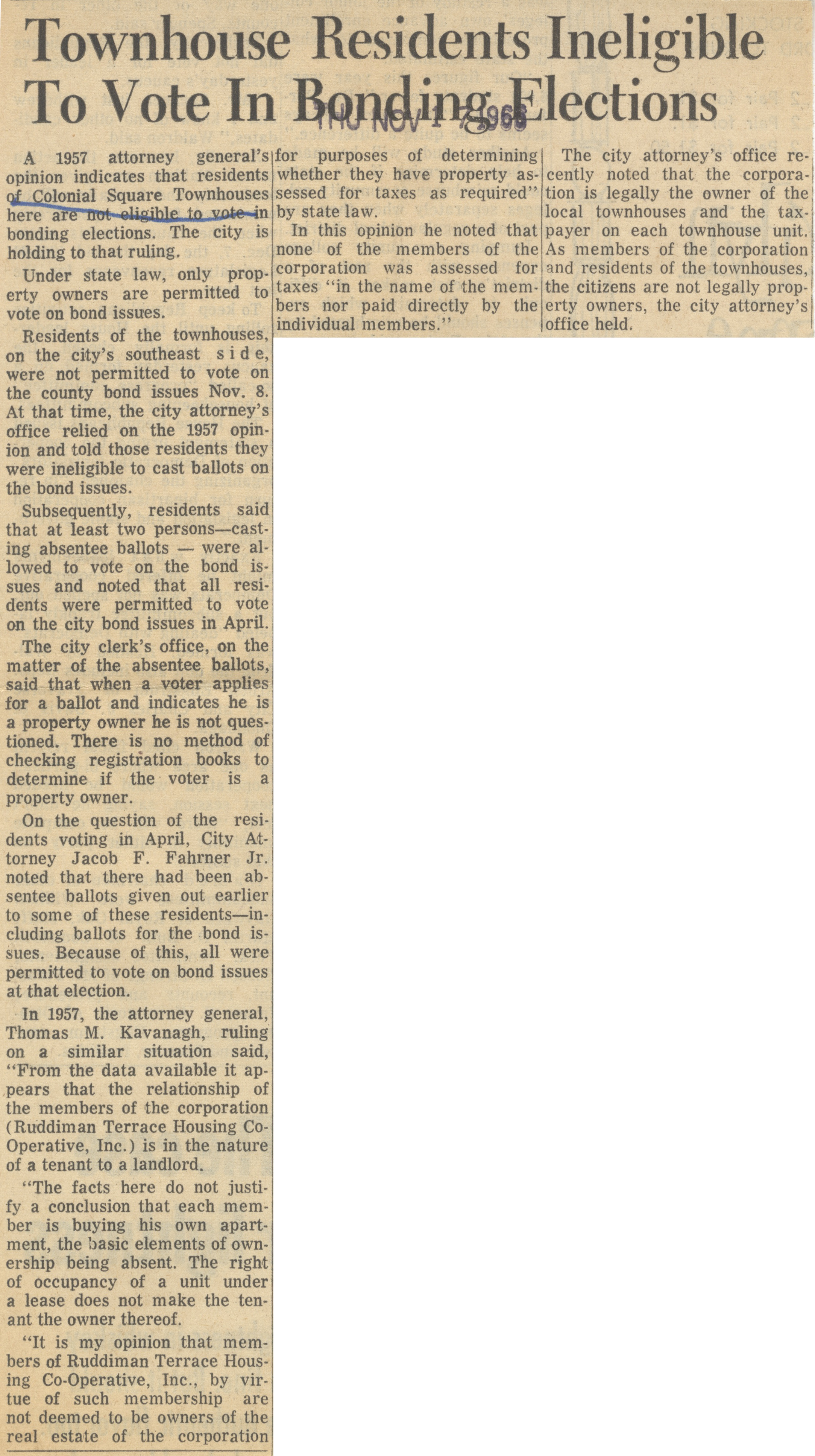 A 1957 attorney general’s opinion indicates that residents of Colonial Square Townhouses here are not eligible to vote in bonding elections. The city is holding to that ruling.

Under state law, only property owners are permitted to vote on bond issues.

Residents of the townhouses, on the city’s southeast side, were not permitted to vote on the county bond issues Nov. 8. At that time, the city attorney’s office relied on the 1957 opinion and told those residents they were ineligible to cast ballots on the bond issues.

The city clerk’s office, on the matter of the absentee ballots, said that when a voter applies for a ballot and indicates he is a property owner he is not questioned. There is no method of checking registration books to determine if the voter is a property owner.

On the question of the residents voting in April, City Attorney Jacob F. Fahrner Jr. noted that there had been absentee ballots given out earlier to some of these residents—including ballots for the bond issues. Because of this, all were permitted to vote on bond issues at that election.

In 1957, the attorney general, Thomas M. Kavanagh, ruling on a similar situation said, “From the data available it appears that the relationship of the members of the corporation (Ruddiman Terrace Housing Co-Operative, Inc.) is in the nature of a tenant to a landlord.

“The facts here do not justify a conclusion that each member is buying his own apartment, the basic elements of ownership being absent. The right of occupancy of a unit under a lease does not make the tenant the owner thereof.

“It is my opinion that members of Ruddiman Terrace Housing Co-Operative, Inc., by virtue of such membership are not deemed to be owners of the real estate of the corporation for purposes of determining whether they have property assessed for taxes as required” by state law.