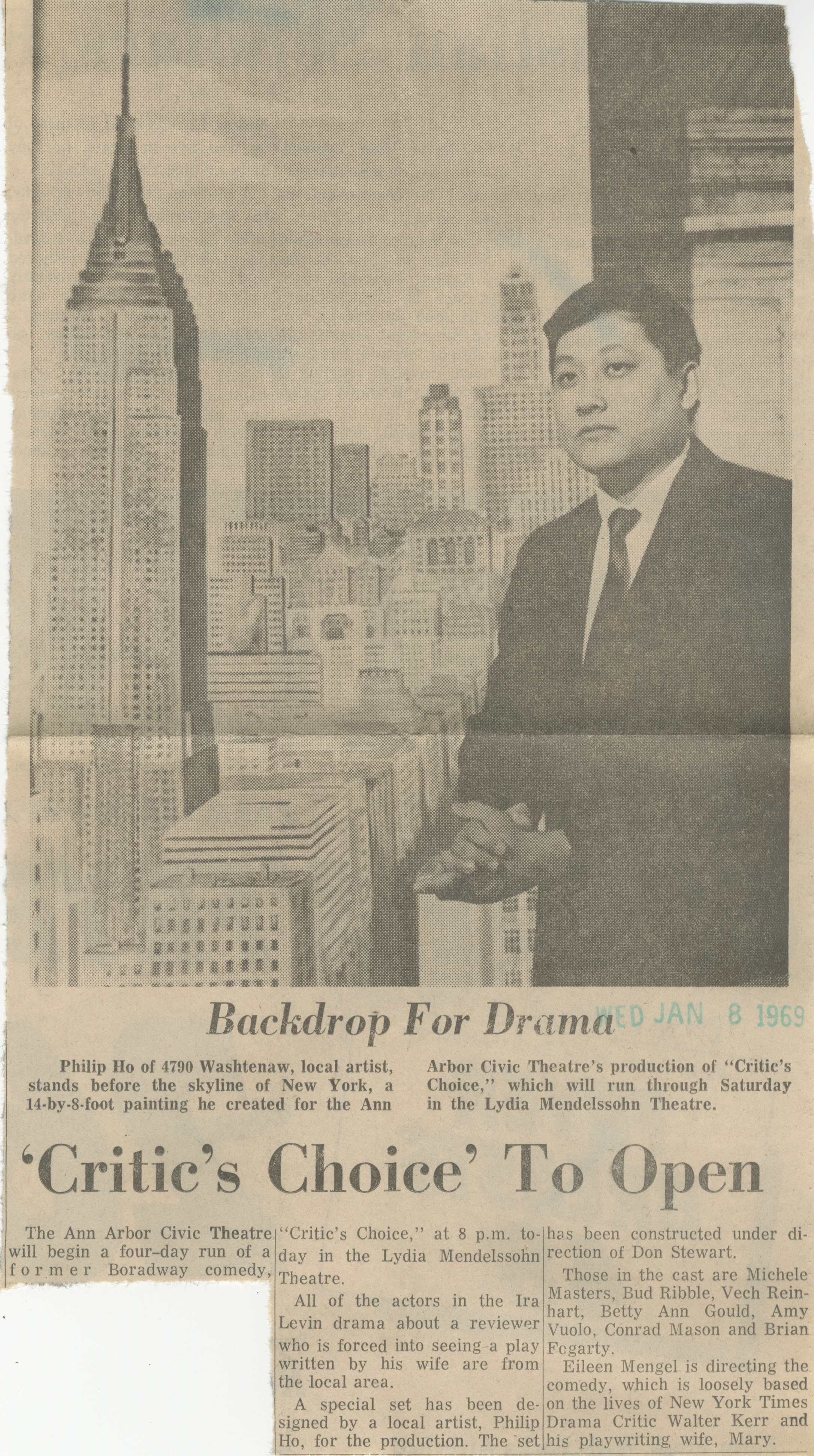 Philip Ho of 4790 Washtenaw, local artist, stands before the skyline of New York, a 14-by-8-foot painting he created for the Ann Arbor Civic Theatre’s production of "Critic's Choice,” which will run through Saturday in the Lydia Mendelssohn Theatre.

The Ann Arbor Civic Theatre will begin a four-day run of a former Broadway comedy, “Critic’s Choice,” at 8 p.m. today in the Lydia Mendelssohn Theatre.

All of the actors in the Ira Levin drama about a reviewer who is forced into seeing a play written by his wife are from the local area.

A special set has been designed by a local artist, Philip Ho, for the production. The set has been constructed under direction of Don Stewart.

Eileen Mengel is directing the comedy, which is loosely based on the lives of New York Times Drama Critic Walter Kerr and his play writing wife. Mary.