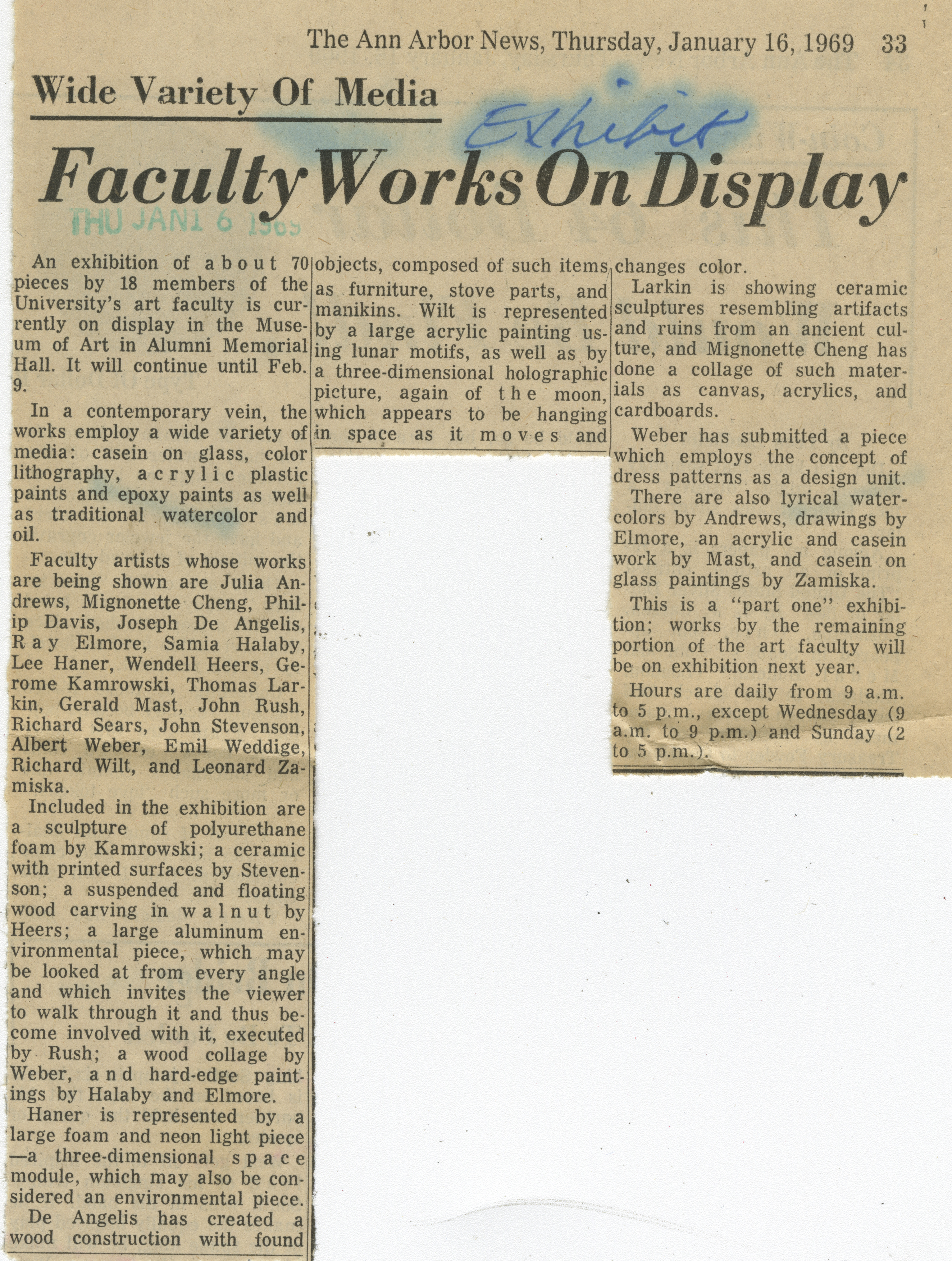 An exhibition of about 70 pieces by 18 members of the University’s art faculty is currently on display in the Museum of Art in Alumni Memorial Hall. It will continue until Feb. 9.

In a contemporary vein, the works employ a wide variety of media: casein on glass, color lithography, acrylic plastic paints and epoxy paints as well as traditional watercolor and oil.

Included in the exhibition are a sculpture of polyurethane foam by Kamrowski; a ceramic with printed surfaces by Stevenson; a suspended and floating wood carving in walnut by Heers; a large aluminum environmental piece, which may be looked at from every angle and which invites the viewer to walk through it and thus become involved with it, executed by Rush; a wood collage by Weber, and hard-edge paintings by Halaby and Elmore.

Haner is represented by a large foam and neon light piece -- a three-dimensional space module, which may also be considered an environmental piece.

De Angelis has created a wood construction with found objects, composed of such items as furniture, stove parts, and manikins. Wilt is represented by a large acrylic painting using lunar motifs, as well as by a three-dimensional holographic picture, again of the moon, which appears to be hanging in space as it moves and changes color.

Larkin is showing ceramic sculptures resembling artifacts and ruins from an ancient culture, and Mignonette Cheng has done a collage of such materials as canvas, acrylics, and cardboards.

Weber has submitted a piece which employs the concept of dress patterns as a design unit.

There are also lyrical watercolors by Andrews, drawings by Elmore, an acrylic and casein work by Mast, and casein on glass paintings by Zamiska.

This is a “part one” exhibition; works by the remaining portion of the art faculty will be on exhibition next year.