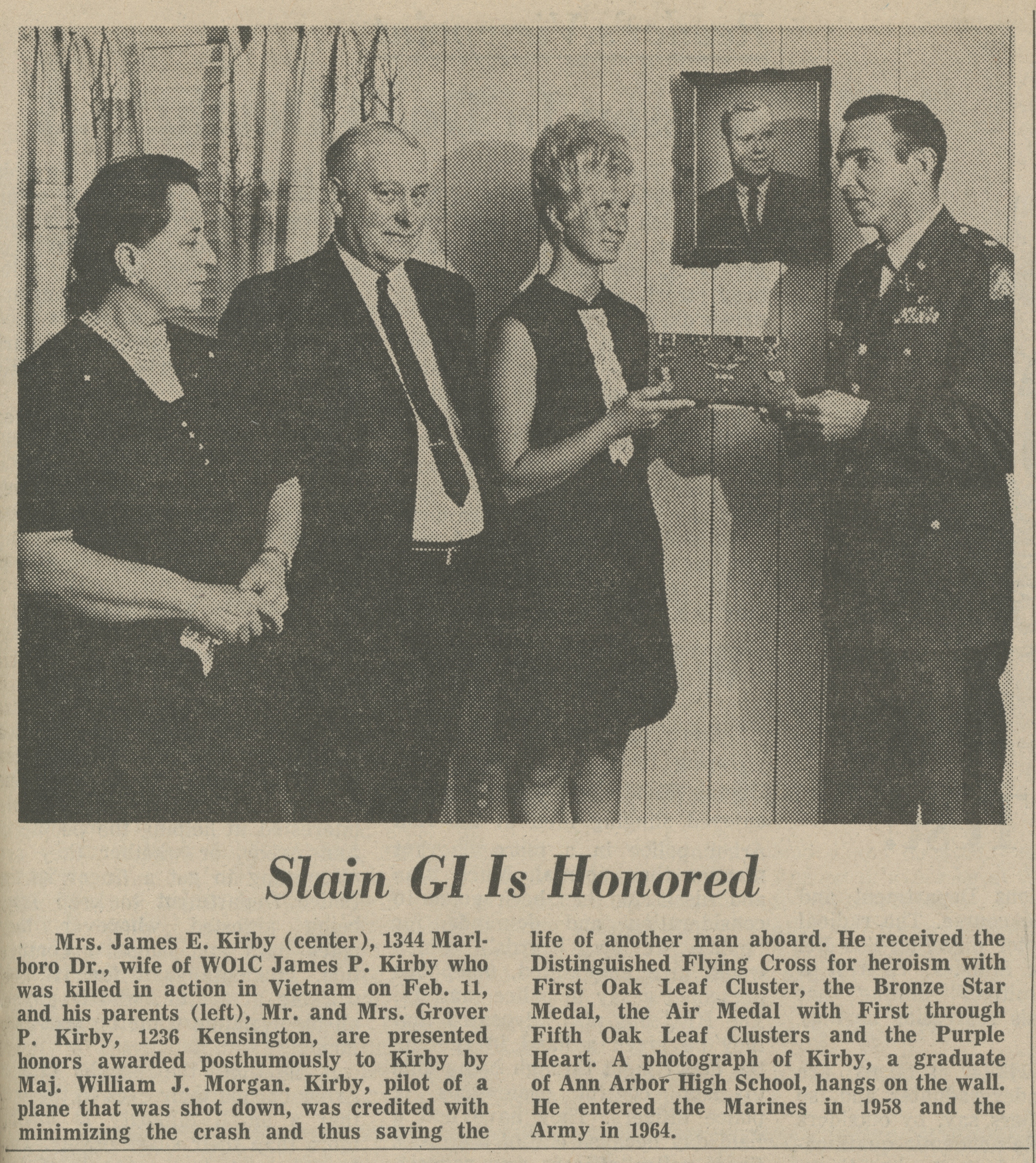 Mrs. James E. Kirby (center) 1344 Marlboro Dr., wife of W01C James E. Kirby who was killed in action in Vietnam on Feb. 11, and his parents (left), Mr. and Mrs. Grover P. Kirby, 1236 Kensington, are presented honor awards posthumously to Kirby by Maj. William J. Morgan. Kirby, pilot of a plane that was shot down, was credited with minimizing the crash and thus saving the life of another man aboard. He received the Distinguished Flying Cross for heroism with First Oak Leaf Cluster, the Bronze Star Medal, the Air Medal with First through Fifth Oak Leaf Clusters and the Purple Heart. A photograph of Kirby, a graduate of Ann Arbor High School, hangs on the wall. He entered the Marines in 1958 and the army in 1964.