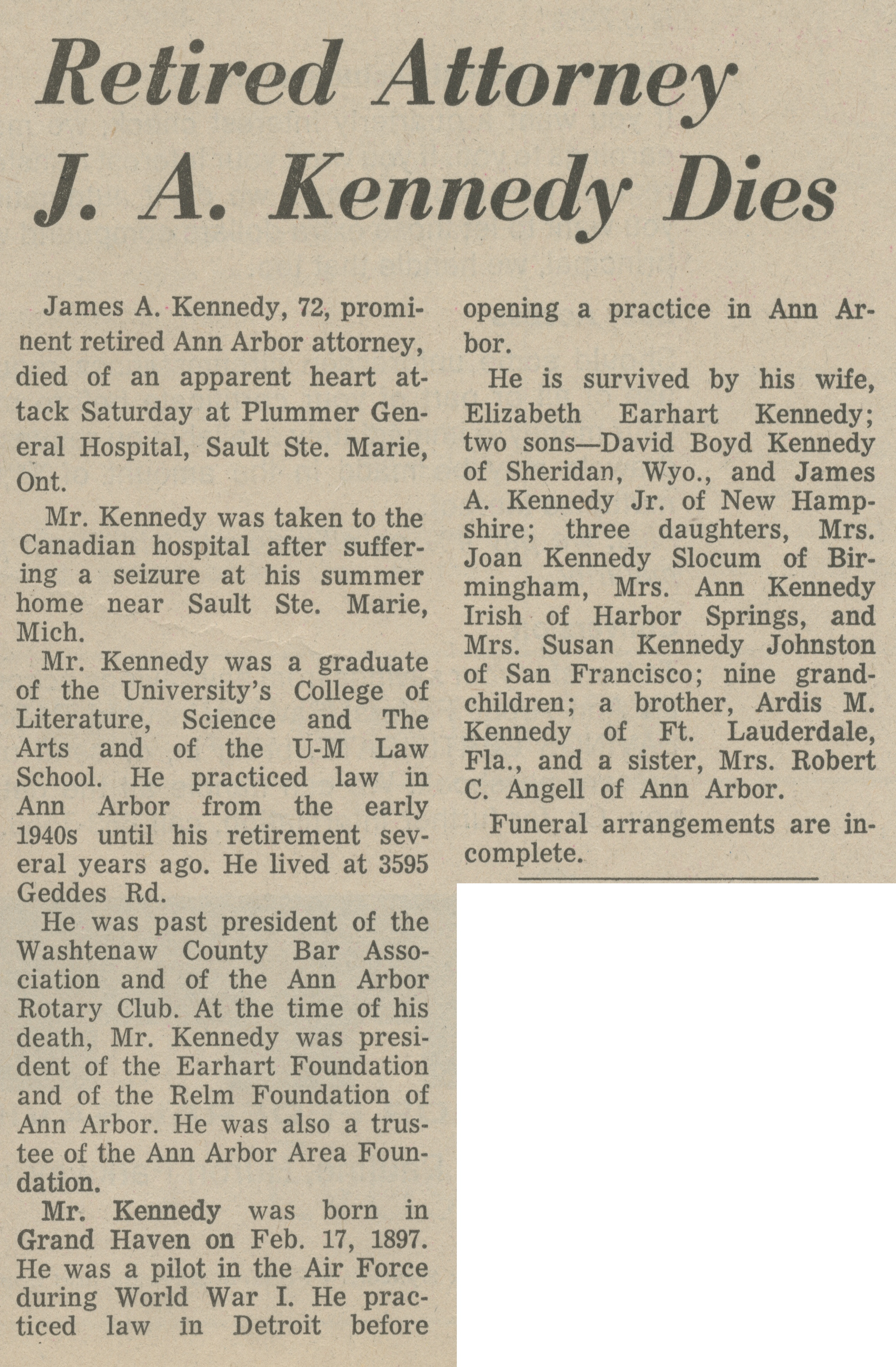 James A. Kennedy, 72, prominent retired Ann Arbor attorney, died of an apparent heart attack Saturday at Plummer General Hospital, Sault Ste. Marie, Ont. Mr. Kennedy was taken to the Canadian hospital after suffering a seizure at his summer home near Sault Ste. Marie, Mich. Mr. Kennedy was a graduate of the University's College of Literature, Science and The Arts and of the U-M Law School. He practiced law in Ann Arbor from the early 1940s until his retirement several years ago. He lived at 3595 Geddes Rd. He was past president of the Washtenaw County Bar Association and of the Ann Arbor Rotary Club. At the time of his death, Mr. Kennedy was president of the Earhart Foundation and of the Relm Foundation of Ann Arbor. He was also a trustee of the Ann Arbor Area Foundation. Mr. Kennedy was born in Grand Haven on Feb. 17, 1897. He was a pilot in the Air Force during World War I. He practiced law in Detroit before opening a practice in Ann Arbor. He is survived by his wife, Elizabeth Earhart Kennedy; two sons - David Boyd Kennedy of Sheridan, Wyo., and James A. Kennedy Jr. of New Hampshire; three daughters, Mrs. Joan Kennedy Slocum of Birmingham, Mrs. Ann Kennedy Irish of Harbor Springs, and Mrs. Susan Kennedy Johnston of San Francisco; nine grandchildren; a brother, Ardis M. Kennedy of Ft. Lauderdale, Fla., and a sister, Mrs. Robert C. Angell of Ann Arbor. Funeral arrangements are incomplete.