'Who's Who' Recognizes Area Women In It's Publication - Energetic And Skilled, Women Compare To Best Of Men 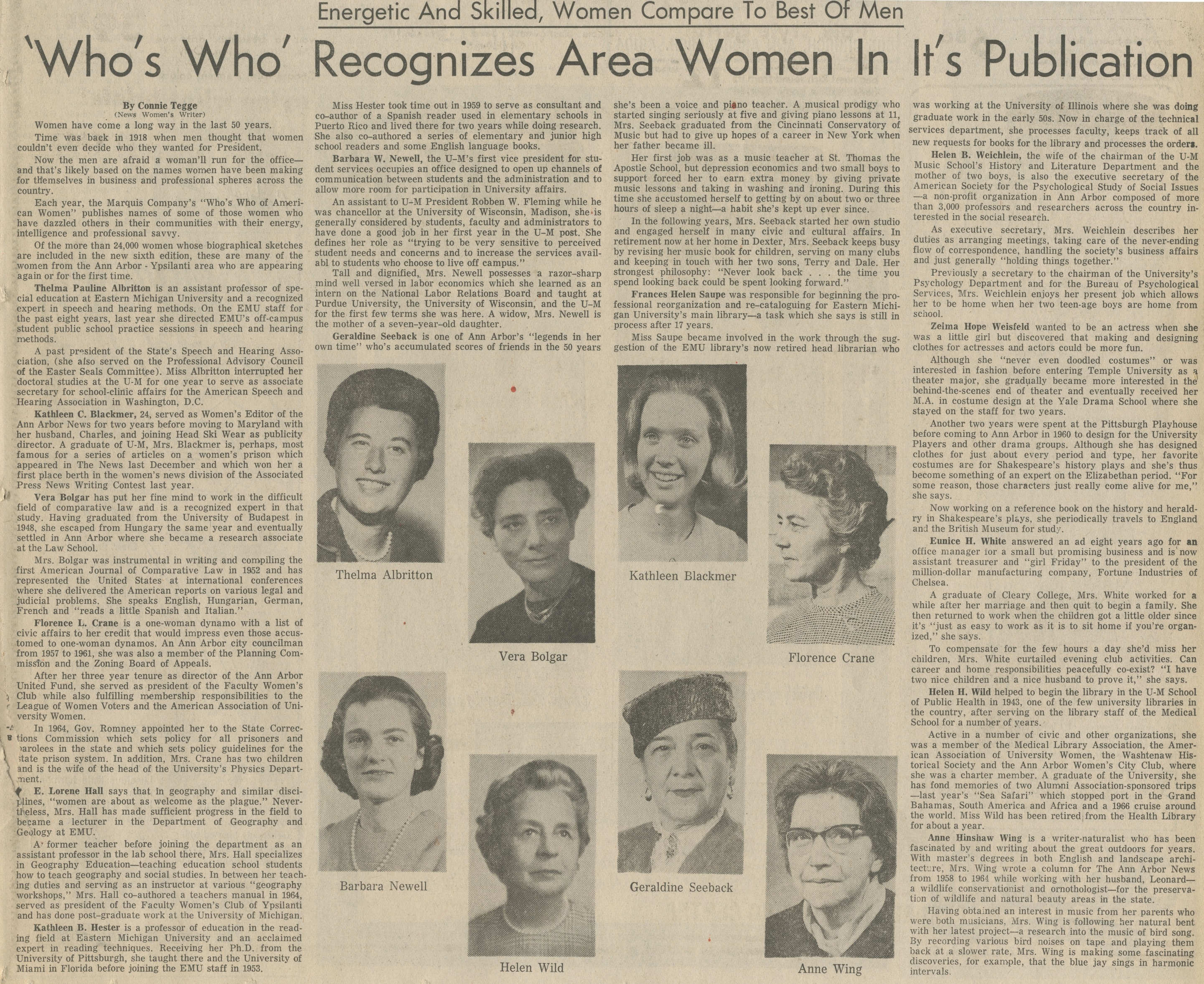